Bhopal: A Prayer for Rain is still a must-see film for the courage of its conviction 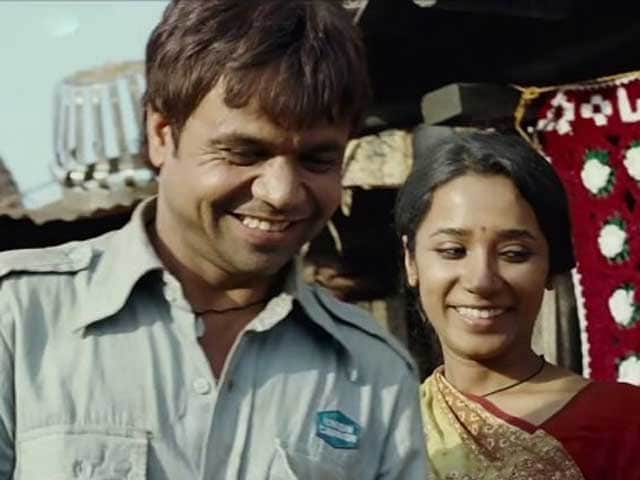 The purpose that drives Bhopal: A Prayer for Rain, an uneven but essential docudrama directed and co-written by Ravi Kumar, cannot be faulted. The story simply had to be told.

Parts of this partly fictionalized account of the acts of omission and commission that triggered the deadly Bhopal gas leak three decades ago are hard-hitting, disturbing and sobering.

But overall it is not half as gut-wrenching or searing as a based-on-fact industrial disaster drama should have been.

The crux of the true story, compelling enough by itself, is unduly stretched and diluted by avoidable over-amplification.

The lethal methyl isocyanate (MIC) leak from Union Carbide?s Bhopal pesticides plant in December 1984 was a catastrophe that, as the film reveals on the basis of all known and available facts, was wholly man-made.

That renders the tale perfectly primed for a cautionary retelling. Ravi Kumar does a competent job of it. His harnessing of the narrative resources and devices at as disposal, however, doesn?t always work.

Why a film such as this ? about one of the world?s most devastating industrial disasters ever ? took such a long time to materialize is not difficult to grasp.

Neither is the reason why the multinational corporation responsible for the tragedy went scot-free while the victims were fobbed off with woefully inadequate compensation -- $2000 per corpse.

American clout and doublespeak, coupled with the Indian government?s abdication of its responsibility, if not direct culpability, let the culprits off the hook.

And that, expectedly and justifiably, is the burden of this film?s argument. If only the writers had borne it a little less demonstratively, they might have made far greater impact.

But that is not to say that Bhopal: A Prayer for Rain does not serve its avowed purpose.

In just 72 hours, the chemical leak killed thousands of people and maimed and blinded many more in the shantytown adjoining the plant.

The lethal gas also contaminated Bhopal?s air and water so severely that one and a half million residents continue to suffer to this day.

The film, by an upfront admission from the makers, has taken ?certain cinematic liberties for dramatic effect?, but the results of that strategy are mixed.

The urgency of the real story is undermined as writers Ravi Kumar and David Brooks (who also plays the role of Union Carbide?s PR officer in Bhopal) seek to construct an engaging narrative context for the disaster in the making.

The region is in the grip of a drought, farming practices have been affected and boxes of pesticides are lying unsold. The cash-guzzling plant is in danger of closure.

In this crisis situation, all but one (safety officer Mr. Roy, played by Joy Sengupta) are only too willing to cut corners to ensure the survival of the plant.

At the heart of the film is an impoverished and illiterate rickshaw-puller Dilip (a commendably convincing Raajpal Yadav) who lands a job in the Union Carbide plant after a friend is killed in the facility by a single drop of MIC.

The dead man?s widow, Rekha (Fagun Thakrar), becomes a silent presence in the bustee, and the haunting of the grim threat lurking over the city.

Dilip hopes his life and that of his wife Leela (Tannishtha Chatterjee, perfectly in sync with the milieu) will change for the better now that he is a ?Carbider?.

When the chemical leak occurs on the night of December 3-4, it is intercut with scenes from the wedding of Dilip?s sister.

The happy, celebratory occasion is cruelly cut short. People begin to drop dead and the horror of the situation hits home.

Apart from the fictional character of Dilip, who is only one of the many locals who are desperate for work ? any work, no matter how hazardous it is ? Bhopal: A Prayer for Rain has two other pivotal figures, both of whom are drawn from actual events.

One of course is the Union Carbide chairman Warren Anderson (who passed away aged 92 on September 29 this year, unpunished and never brought to trial).

The role is played with admirable skill by Martin Sheen, who is an environmental activist in real life.

Indian American actor Kal Penn is no less impressive in the guise of the third key character ? a dogged local journalist Motwani who battles the system in the onerous endeavour to expose Union Carbide?s cynical transgressions and the political establishment?s negligence.

But too many of the other characters that pop up are sketchy and the subplots involving them go nowhere, especially the one about a French-speaking American lifestyle journalist Eva Caulfield (Mischa Barton) who lands in Bhopal in search of one branch of Napoleon?s family.

Thanks to Motwani, she stumbles upon the story of ?40 tonnes of MIC stored in the heart of Bhopal?.

She accosts the Union Carbide chief, and fires sharp accusations at him in a scene that has clearly stemmed from inadequate understanding how journalism works.

She then vanishes from the scene never to return.

But not everything about the film is that evanescent. Bhopal: A Prayer for Rain delivers many an unsettling visual, especially when it deals with the disaster as it unfolds towards the end of the film.

It is also chilling in its depiction of the cavalier ways of the profit-seeking American corporate execs and their Indian employees who think nothing of jettisoning safety concerns as local challenges threaten the pesticide plant?s existence.

However, there are times when the narrative dips precariously low on the scales of dramatic urgency.

Neither does the air of foreboding that hangs over segments of the film sustain itself long and strongly enough to convey the sheer magnitude of the crisis that is about to explode.

It has its shares of flaws and lows, but Bhopal: A Prayer for Rain is still a must-see film for the courage of its conviction, if for nothing else.