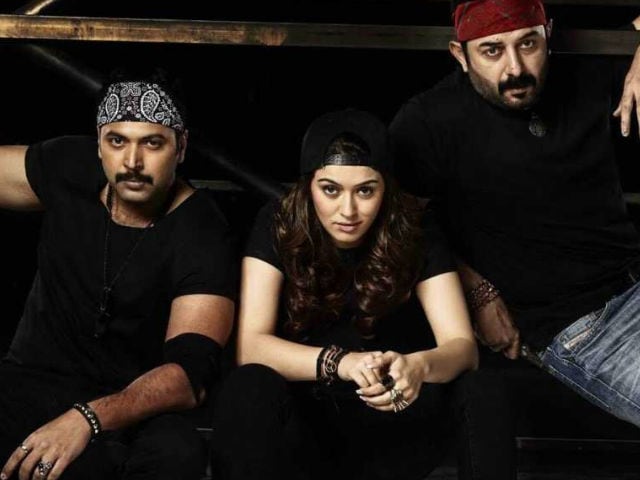 On paper, Bogan comes across as a great story idea - one that involves soul-swapping - but when translated onscreen, it becomes one of those films which has a shaky start, impresses midway and then loses steam towards the end trying to play to the gallery. It still isn't a bad film but with a story that had immense potential to leave audiences in awe, it's slightly underwhelming that it doesn't capitalise on its strength. The film reunites Jayam Ravi and Arvind Swami, the celebrated hero-villain pair from Thani Oruvan, with their stand-offs being one of the highlights of the film. Together, they do a decent job once again but the Roja actor effortlessly steals the show with an earnest and stellar performance.

It's a treat watching Arvind Swami as villain and he pulls it off with effortless charm and swagger. He's undeniably cool in a pre-interval interrogation scene and you root for him.

Although borrowed from John Woo's Face/Off, Lakshman handles the film's premise of soul-swapping very well and he proves he's a filmmaker with some taste. But like most promising filmmakers, he also gets swept away by the commercial wave, one that forces him to end the film on a very predictable note.

Watch the trailer of Bogan:


Amidst all this, he shifts the focus on a tedious love track which features Hansika in a yet another poorly etched character. In her introduction scene, she's seen buying liquor and for some reason, director Lakshman believes that this is his definition of a bold and contemporary woman.

With each film, she ends up playing roles that are even sillier than the previous ones and she holds a special record in this category.

Bogan, despite its disappointing second half, works solely for its novel attempt. Imman's music and Soundar Rajan's visuals serve as the film's biggest assets apart from Arvind Swami's cracker of a performance.