Bridget Jones's Baby is an uneven but fitfully funny sequel A fuzzy blanket of nostalgia pervades Bridget Jones's Baby, an uneven but fitfully funny sequel to the massive 2001 hit Bridget Jones's Diary. The movie opens with its heroine and title character, once again played by Renee Zellweger adopting her plummiest British accent, celebrating her 43rd birthday alone. But instead of lip-syncing All By Myself - her character's unofficial anthem - she bids goodbye to all that and puts on House of Pain's Jump Around. 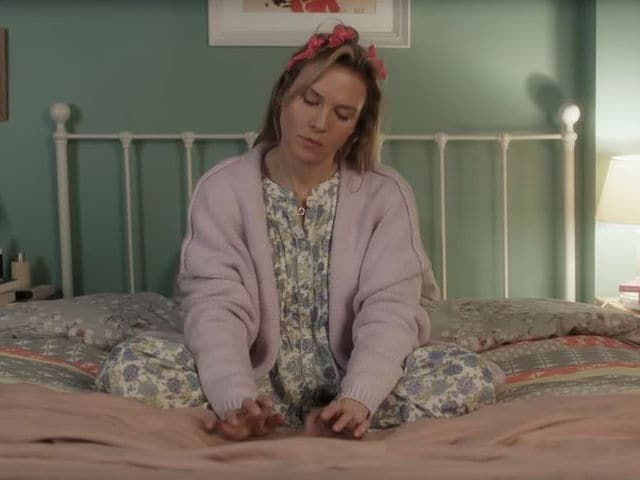 This scene adequately sets up the ambivalent push-pull of Bridget Jones's Baby, which is constantly casting its gaze backward - to the original film, its dud of a sequel and wistful Gen X reminiscence in general - while stepping uncertainly into the future. As the film opens, Bridget has broken up with her long-time love Mark Darcy (Colin Firth). But on the bright side, she's at her "ideal weight" and has become an accomplished producer at work, albeit besieged by a squad of millennial newbies armed with man-buns, "ironic beards" and notions about journalism that favour cats that look like Hitler over authentic news. 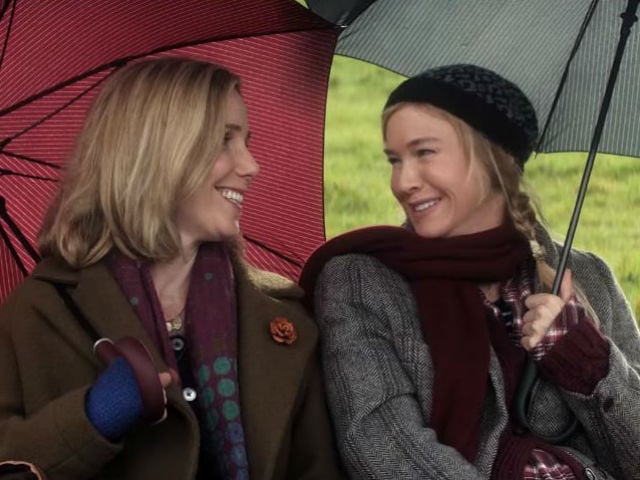 When a colleague drags Bridget to Glastonbury for a hedonistic getaway, she winds up in bed with a gorgeous billionaire named Jack (Patrick Dempsey); a week or two later, she bumps into Mark, who has regrets about losing her and, after a few drinks, proves just how much. Ergo, when this movie's title character is introduced by way of a positive pregnancy test, Bridget isn't precisely sure who the father is, inspiring lots of alternately cliched and playfully funny scenes of disclosure, deception, proto-paternal devotion and, finally, romantic bliss. 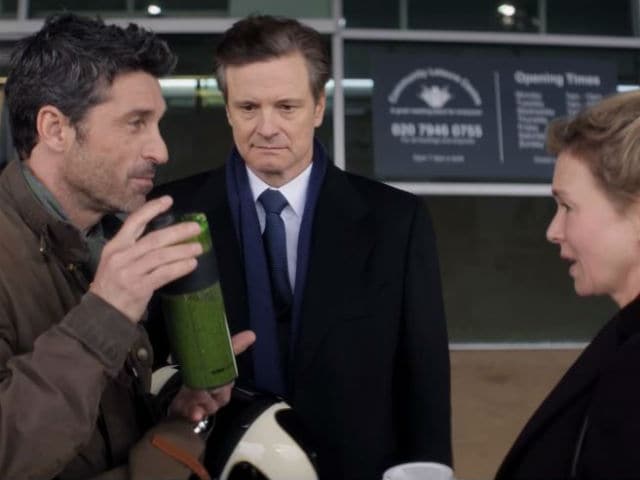 Bridget Jones's Baby is a far sight better than its dreary, scattered predecessor, The Edge of Reason (2004); it's sharper and more clearly focused. And it's graced by some genuinely winning supporting performances, including Sarah Solemani's wonderfully protean turn as a smooth one minute, sloppy the next newscaster, and a stern obstetrician played by Emma Thompson, who wrote the script with Helen Fielding and Dan Mazer.

As the franchise's central couple, Renee and Colin are their usual bundle of flawed but ingratiating charms. Colin still possesses improbably devastating appeal as the uptight Mark, whose perpetually pained expression gives him the demeanour of a man constantly withholding an intemperate and ill-timed burp.

But despite these strengths, Bridget Jones's Baby often seems to be straining to create the requisite conflict that must ensue before the finale we all know is preordained. There's a dumb subplot involving the political aspirations of Bridget's mother, and Patrick's character is so monotonously perfect as Bridget's "shiny new American" that he's apparently even blessed with extrasensory powers, enabling him to pop up literally out of nowhere in the third act, the better to complete what is admittedly a hilarious slapstick sight gag.

Such is the one-step-forward, one-step-back energy that suffuses Bridget Jones's Baby: For every observantly funny line, there's a tired joke about long East Indian names; for every forward-looking musical cue, there's a strenuously un-hip flashback or a bit involving Bridget not knowing who Ed Sheeran is when he pops up for a cameo.

At a time when similar subject matter is being mined for comic gold on the brilliant Amazon series Catastrophe, the callbacks and rueful mood of Bridget Jones's Baby feels weirdly defeatist, as if keeping step with its own era is simply too much bother - better just to make fun of 21st-century excesses and retreat to a bubble of reassuring oblivion. Even considering its optimistic, open-ended conclusion, Bridget Jones's Baby feels like an affectionate, slightly overdue goodbye to characters whose time has inevitably passed.