The film will appeal to the emotionally inclined. 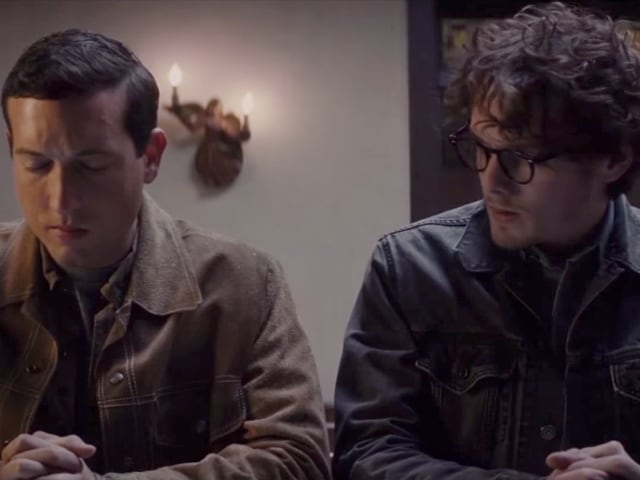 With heavy doses of bromance, the tale delves on the bond between two orphaned brothers. It explores their sensitive and caring nature towards each other.

Narrated in a linear fashion, it is the story of Buddy Heckum, a sensitive slow learner, his musically inclined younger brother Jacob Heckum, who is also known as Jackey, and a conniving gangster Julius Hench, who in order to safeguard his own interests, tries to separate the two brothers. This forms the crux of the tale.

Fifteen years ago after the death of their father Gabriel Heckum, the Sheriff of this border town, the boys are left to fend for themselves. Julius takes Buddy under his wings. He instigates them with words such as, "There are lots of bad people out there, somebody got to stop them... Miguel Stanton killed your dad and you cannot let him get away. You kill him."

Buddy takes revenge. This "job" was his initiation into the crime world. And in order to protect Jackey from his world of crime, the ever caring older brother packs him off to New York to let him pursue his dream of becoming a violinist.

Years later, Jackey plans to get married and settle down with Vittoria (Maria Valverde).

Buddy insists that Jackey return home to have a look at the surprise wedding gift he has in store for them. The gift was "a promise he had made".

Jackey obliges. It is then, when he is in his hometown, that Jackey learns about Julius' sinister plan and the film garners momentum.

Broken Horses is Christopher G Marquette's turf. He engages you as Buddy and gets you hooked. He alternates between a being a simpleton and a pigheaded revenge-seeking mercenary hitman with equal ease and grace.

Anton Yelchin as his younger brother is sincere. The fear and concern for his brother is palpable on screen.

Of the rest of the cast, Sean Patrick Flanery as Jackey's music teacher is a bit dramatic and unconvincing. Maria Valverde as Vittoria, the only woman in the male bastion to have some credible screen moments, is functional.

There are some subtle emotional moments between Buddy and her which are touching. Vincent D'Onofirio as the sweet talking, pyrophobic villain is not at all menacing.

With not enough weightage given to the sub-plots, the overall piling of the plot seems superficial and shallow, especially the passage when Jackey goes to interview Mario Garza, the rival gangster. Also, the metaphor used in that scene is trite and oft seen in gangster films.

Though this is an original story by Vinod Vidhu Chopra, Broken Horses finds its genesis in numerous older films, which includes Mr Chopra's earlier film Parinda. But what makes it stand apart is its treatment.

The intelligently written screenplay and dialogues, especially the summation of the title of the film, by Mr Chopra and Abhijat Joshi, more than make up for the deficit in the design scheme.

Tom Stern's camera work is excellent. He has a flare for wide angled panoramic shots. Some of the shots of the Wild West and Jackey's Ranch, captured in the twilight zone are worth noticing. So is the underwater shot during the climax.

Well mounted, with good production and technical values, the film has an inexplicable gentleness to the narration, very characteristic of Vidhu Vinod Chopra. It will appeal to the emotionally inclined.