Watch Chauranga because it is honest, provocative and piercing. It announces the advent of a promising new voice in Mumbai 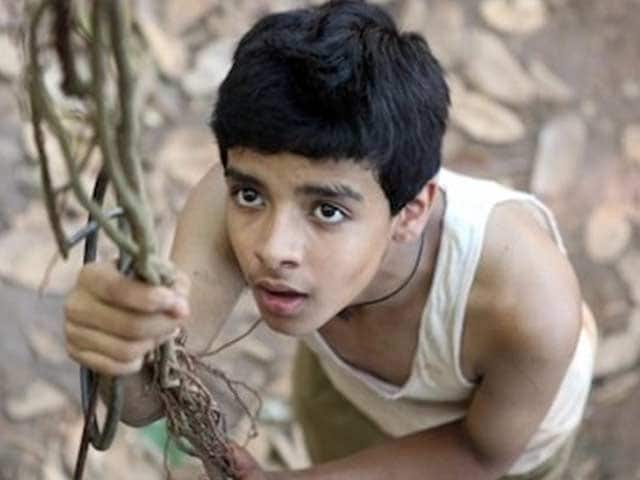 In one sequence in Chauranga, a Dalit boy strays into the vicinity of a village shrine. Two minions of the local landlord spot him, chase him and push him into a well.

When news of the incident reaches the callous zamindar, he spares no thought for the badly wounded outcaste.

Instead, prompted by the temple priest, he frets over the need to purify the water in the well. His priorities are shockingly clear.

This is the abhorrent social cesspool in which first-time writer-director Bikas Ranjan Mishra situates his stark, searing story of caste violence and religious orthodoxy.

It is a man-made hellhole where a low-caste boy stands only a marginally better chance of survival than a hapless animal.

A little later in Chauranga, a harmless pig is mercilessly beaten to death by the sightless priest for showing up outside the latter?s home.

Neither the aforementioned human victim of hate nor the ill-fated pet pig is the fulcrum of this disturbing narrative about blighted lives, crushed dreams and unceremonious deaths.

They are, however, symptomatic of how terribly wrong things are in this unnamed, culturally indeterminate village over which an upper caste brute wields untrammeled power.

The story?s nebulous setting serves the purpose of underlining the universality of patriarchal and caste-driven violence in India?s rural badlands.

Chauranga fuses the true story of a Bihar boy who was killed in 2008 for writing a love letter and the director?s own reminiscences of growing up in an upper caste family in a small village in Hazaribagh, now in Jharkhand.

Seething anger courses through the film, but its expression is muted for the most part.
Even though the scenario is primed to evoke repulsion and horror, the rage does not ratchet up the film?s pitch.

Hope lingers amid deep despair, and escape, if not outright liberation, remains a possibility for even the most marginalized and vulnerable.

Mishra?s storytelling is sure-handed and even-keeled and, therefore, all the more telling in its impact.

The director receives significant support from cameraman Ramanuj Dutta in creating sharp contrasts between a sleepy, seemingly innocuous community and its dark innards in which evil thrives and engulfs all.

Much of the physical and emotional violence in Chauranga occurs either off-screen or in the shadows, but that does not make it any less disconcerting.

At the centre of the film are two adolescent Dalit brothers bound together by blood and fate.
They are imprisoned in a hostile environment controlled by upper caste men intent on heaping indignities on them.

The elder ? Bajrangi (Riddhi Sen) ? appears to have broken free from this gloomy, unchanging world. He is a school student who spends much of his time away from the village.

The younger sibling, Santu (Soham Maitra), 14 years old, yearns for education, but is condemned to take care of the family?s solitary pig.

Their mother, Dhaniya (Tannishtha Chatterjee), works as a maid in the home of the married landlord, Dhaval (Sanjay Suri), and has an illicit relationship with him.

Dhaniya, too, is a sitting duck, but she is no pushover. Her clandestine liaison with Dhaval is aimed at getting her sons a better deal in life.

Dhaval?s family, on the other hand, is made up of his mother (Bengali stage actress and female lead of Ray?s Ghare Baire Swatilekha Sengupta), a submissive wife (Arpita Chatterjee) and a school-going daughter (Ena Saha), three women constrained to do his bidding.

The diktats of the blind priest (Dhritiman Chatterji) have more influence over Dhaval and his fiefdom than anything else.

The complex dynamics at play among these characters reveal the true nature and extent of the inequities rampant in the village.

Constant threat of violence looms over Bajrangi and Santu ? a fact that is established right at the outset when the former returns home during a school break.

Bajrangi may have moved up a little in life, but he is, for that very reason, routinely bullied by Dhaval?s lackeys Raghu (Anshuman Jha) and Shambhu (Dilzad Hiwale).

He takes the gibes and whacks lying down. Santu, however, hits back at the tormentors whenever he can. He can afford to for he has nothing to lose.

Bajrangi, clearly beholden to Dhaval for having made it to school, has no qualms about bowing before the master.

But the rebellious Santu makes no effort whatever to kowtow to the landlord.

Among the many conflict points that Chauranga hinges on, the principal one pertains to Santu?s infatuation with Dhaval?s pretty daughter, Mona.

From his perch atop a tree overlooking a dirt track, he watches Mona pass by on her scooter every day.

When Bajrangi gets wind of his brother?s feelings for the girl, he agrees to write a love letter on his behalf. The consequences are disastrous.

Mishra fills the 85-minute film with an air of sustained tension and foreboding, but he refrains from resorting to dramatic flourishes to heighten the plight of his protagonists.

Even as the bleakness of Santu?s life is revealed bit by bit, the doleful ambience is punctuated with the youthful exuberance of a boy in the throes of sexual awakening.

A rare dash of humour is injected into the tale via a scene in which Bajrangi reads out to his younger brother a part of a textbook chapter on how a particular part of the female anatomy develops.

Santu asks incredulously: ?They teach you all this in the presence of girls??

His childlike innocence is sullied soon enough by his inescapable destiny. For this is no country for boys like Santu.

The tonal restraint of Chauranga is strengthened by the solid and sedate acting all around.
If the seasoned Sanjay Suri, Tannishtha and Arpita are exceptional, the three principal younger actors hold their own with confidence and consistency.

Watch Chauranga because it is honest, provocative and piercing. It announces the advent of a promising new voice in Mumbai?s independent cinema.