Isn't it amazing what a slew of talented actors can do to an outrageous idea? Think of Coffee With D as a boys' day out with Dawood, and you will actually enjoy the implausible goings on.

This is a what-if idea carried to an extreme of satirical eventuality but laced with humour and saved from a catastrophic plunge to inanity by actors who know how to hold the dialogues even the words run all over the place.

Coffee With D suffers from a fundamental flaw. It presumes that a film about a clash between 'Dawood' and 'Arnab' (the Gangster and the Newshound) would generate instant drama.

It does. And it doesn't. Sunil Grover makes an interesting getaway from his comic role on television to play the vociferous newshound with straight-faced self-importance while Zakir Hussain's Dawood is priceless, a far more goofy funny sinister in a trashy kind of way, than Rishi Kapoor in Nikhil Advani's D Company which was about a bunch of RAW officer yanking Dawood out of his hideout. 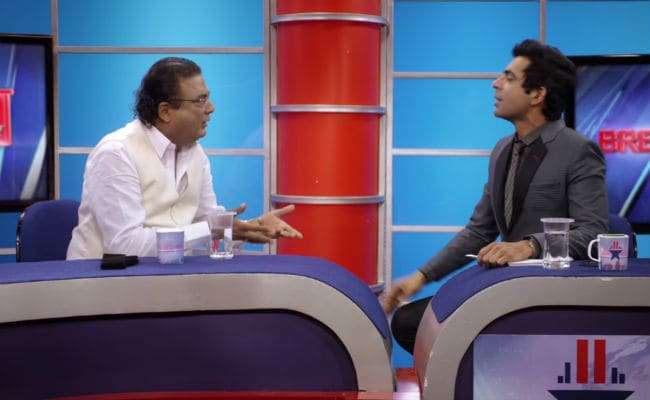 Coffee With D Review: Sunil Grover makes an interesting getaway from his comic role on television

Years of playing the romantic loverboy made Rishi Kapoor's Dawood look like a plump brat. Zakir Hussain is both sinister and satirical. Pankaj Tripathy as Dawood's right-hand man shows a rare understanding of how funny the business of extortion can be when the man in-charge has a phone that needs constant re-charging. 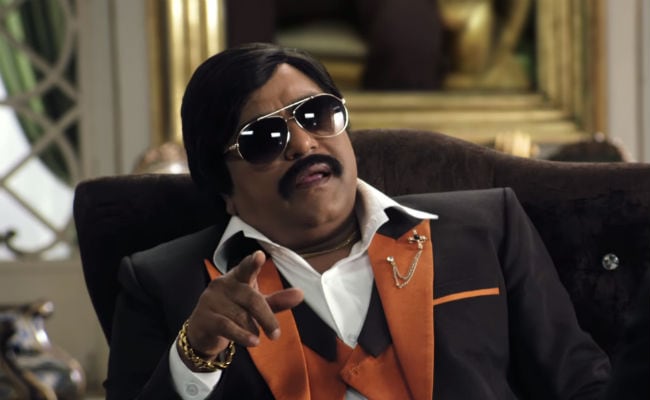 Coffee With D Review: Zakir Hussain is both sinister and satirical

And Anjana Sukhani as Grover's spirited sassy pregnant wife is a bagful of fun.
I wish these actors had more in the plot to chew on. The story is an one liner. Once 'Arnab' decides to get 'D' for an interview the film flounders with the pacing. The second-half is devoted entirely to the one-on-one between the dreaded gangster and the aggressive newshound.

What could have been a hard-hitting interface is drastically diluted with words and sentences beeped out by the censor. This is a satire that is meant to offend none. It steers miraculously clear of vulgarity while negotiating a bumpy ride from Mumbai to Karachi.

Watch the trailer of Coffee With D:


Coffee With D is like an unfinished unpolished version of what could have been a rollicking run-in into a ruminative session between Indian's biggest fugitive and loudest journalist. If only it had allowed more leg-space to lunge in the lap of the ludicrous.