Daddy's Home: In This Family, It's Naughty vs. Nice 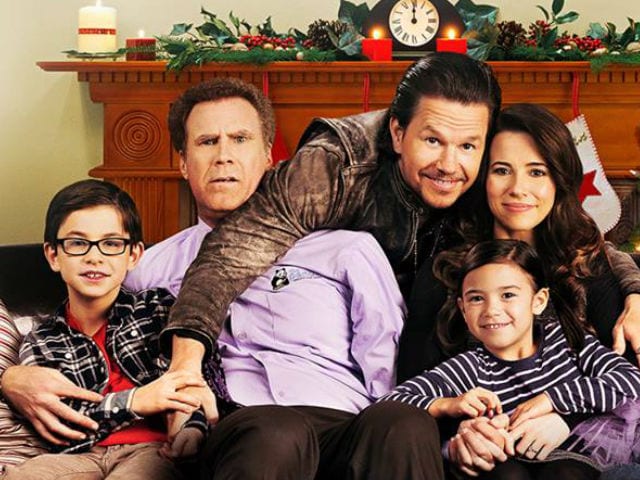 Daddy's Home is an ugly psychological cockfight posing as a family-friendly comedy. Laugh-free - except for some farcical, life-threatening stunts at the expense of Will Ferrell's character, Brad - it is best avoided unless a movie that has the attitude and mindset of a schoolyard bully happens to be your thing.

Brad is the flabby, furry, contentedly married executive of a smooth-jazz radio station, whose loving relationship with his two stepchildren comes under siege when their biological father, Dusty (Mark Wahlberg), roars back into their lives on a motorcycle like an avenging superhero. Brad, ignoring the advice of his wife, Sarah (an insipid Linda Cardellini), insists on befriending him.

The gentle, caring Brad is the kind of second husband women sometimes wed to exorcise the nightmare of having suffered through a marriage to a preening, macho control freak. As Dusty is about to descend on the household, Sarah warns Brad that Dusty is a combination of Billy the Kid and Mick Jagger. That's not meant as a compliment.

The movie, directed by Sean Anders (Horrible Bosses 2), from a screenplay he wrote with Brian Burns and John Morris, is a cruel, muscle-flexing fantasy of domination and emasculation. Early on, it is revealed that Brad has been infertile since an accident (shown in flashback) involving an X-ray machine in a dentist's office. Dusty slyly informs him that Sarah would like to have another child, and persuades Brad to see an endocrinologist (Bobby Cannavale), who crudely compares the two dads' private parts.

Dusty initiates a competition with Brad in which he wins every round, all the while refusing to acknowledge that they are competing. He wows the kids by building a treehouse with an attached skateboarding ramp, which he navigates like a pro. He bribes them with cash and introduces them to sports heroes. Brad remains unflappably good-natured until he can't take it anymore and has an excruciating public meltdown.

Ferrell gamely tries to give Brad some comedic dimension, but for much of the movie, he wears a stunned, deer-in-the-headlights expression. The humor, such as it is, lies in Brad's serial humiliations in front of his family. Wahlberg, who has little gift for comedy, is a blank. He camouflages Dusty's diabolical machinations under a veneer of deadpan affability with no comedic subtext. Whenever possible, Dusty takes his shirt off and flaunts his pumped-up chest.

Just as the movie is building toward a faceoff, its testosterone suddenly drains, and it expires in a feel-good dance sequence; all is forgiven. Consider Daddy's Home a lump of coal in your Christmas stocking.