Doctor Strange is a fun and trippy excursion to a place where Marvel rarely seems to go: that is, to the retinal roots of the comics 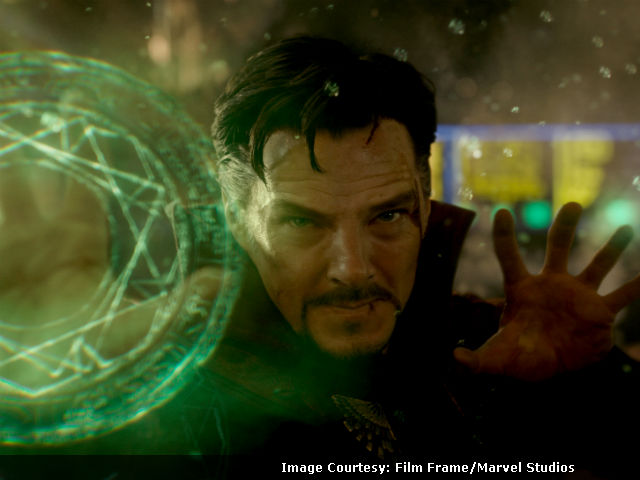 The character introduced to film audiences in Doctor Strange may seem, in the broad contours of his personality and circumstance, strangely familiar, even to those who have only been paying attention to Marvel's blockbuster movies.

First introduced to comic-book readers in 1963, the character of Stephen Strange - a cocky, successful surgeon who discovers humility and self-sacrifice, as well as special powers, after a traumatic accident - is reminiscent of Tony Stark's Iron Man, another arrogant one-percenter who, after a period of enforced deprivation and attitude adjustment, learns to use his abilities for the greater good of mankind.

"It's not about you," Stephen (Benedict Cumberbatch) is told, after travelling to Nepal to study with a guru known as the Ancient One (Tilda Swinton), in hopes of healing his hands, which have been mangled in the spectacular, slow-motion car accident that opens the film. What he ends up healing, however, is his broken soul. Ego must be abandoned, you see, before true power is gained, grasshopper. (That's another customary trope of these things.)

As visually dramatic as that automobile wreck is, it's nothing compared to the ocular extravaganza that follows. A farrago of Zen philosophy, quantum mechanics, traditional Chinese medicine, mixed martial arts and occult science, Doctor Strange may be an origin story we've heard before - and there's a lot of New Age gobbledygook and hooey about chi and chakras in the dialogue - but it's one you almost certainly haven't seen without hallucinogens.

The movie's eye-popping special effects - which render a "multiverse" of parallel dimensions, all connected by fire-rimmed wormholes, as a kaleidoscopic, off-kilter vision of tumbling, sliding and slipping architecture and topography - is, quite literally, out of this world. It elevates a merely ho-hum story to the pretty darn good. I won't call it easy on the eyes: Some viewers of the Imax 3-D version of the film may need a Dramamine or two to ward off motion sickness.

It is in Nepal, at the feet of the Ancient One, that Stephen finds his powers, which are collectively known as the Mystic Arts. In short, he becomes a magician-sorcerer, capable not of pulling rabbits out of hats, but of manipulating time and matter, and able to jump from one reality to another with the aid of brass-knuckles-like jewelry called a Sling Ring. This is an invention of director Scott Derrickson (Sinister) and his co-writers, John Spaihts and C. Robert Cargill, and does not come from the comic books. Mostly, though, the movie adheres to canon, with some notable exceptions. The Ancient One, for instance, is now female and Celtic, instead of the racist Fu Manchu stereotype of the original.

Tilda puts her signature otherworldly presence to good use here, sporting a bald head and a demeanor that is beatific and enigmatic. Benedict, for his part, makes for a less likable superhero than Robert Downey Jr.'s Tony, but his Sherlockian know-it-all-ism is certainly appropriate for the character. Kudos also go to costume designer Alexandra Byrne who, along with the film's special effects team, has created a wonderful version of Doctor Strange's trademark Cloak of Levitation, which not only enables him to fly, but serves as a sort of fabric pet.

Ironically, this garment has more personality than some of the film's human characters, a few of whom are poorly fleshed out.

Mads Mikkelsen makes for a reasonably hiss-worthy villain as Kaecilius, a former pupil of the Ancient One who has gone rogue and is now in league with an entity - called, somewhat laughably, Dormammu - from the Dark Dimension. Also deserving of laughs: Kaecilius' makeup, which makes him look more like the frontman of a glam-rock band than the embodiment of evil.

All in all, Doctor Strange is a fun and trippy excursion to a place where Marvel rarely seems to go: that is, to the retinal roots of the comics. The story may be nothing to write home about, but the sights to be seen there - which put the "bullet time" sequence of X-Men: Days of Future Past to shame - are Instagrammable.