This film is not for those seeking a spooky tale, but for those ready to enjoy a human-interest saga 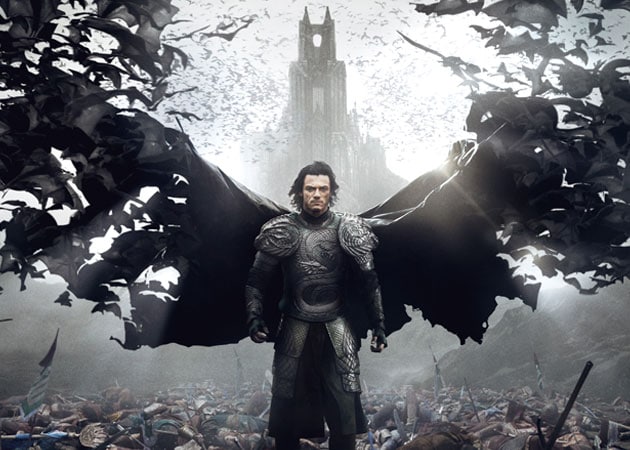 Gary Shore's Dracula Untold is a prelude to all the Dracula films that you have seen till date. In fact, it reveals the origination of the legendary Dracula. So, this one is far from the fearsome Dracula that we've grown up with.

Set in the 15th century, it is the tale of Vlad the Impaler, a Transylvanian warrior whose family name, Dracula, inspired the title and character of Bram Stoker's 1897 novel.

The narration unfolds history, through a voiceover that informs how, in 1442, the Turks were on a land-grabbing spree and how Prince Vlad (Luke Evans) of Transylvania spent his childhood and youth serving the Turkish Army.

After a series of ruthless campaigns, he is allowed to return to Transylvania to reign.

Years later, Mehmed (Dominic Cooper) the Sultan of Turkey, decides that, in addition to the usual monetary tribute he collects from Transylvania, he needs 1,000 young boys, including Vlad's son Ingeras (Art Parkinson), to join his army, who "would kill without questioning and die without complaining".

Considering this to be a high price for peace, Vlad goes to war fully aware that the Turks are all powerful and whose "men do not fear swords but monsters".

In order to defeat the Turks, he then seeks the aid of a monster who resides in a cave on top of the Broken Tooth Mountain. There, he meets the blood-sucking monster (Charles Dance), who cajoles him to become a vampire with - "If I am your salvation, you are mine."

This bargain, "a power of 100 men" where Vlad will gain the power of flight, speed, strength and sensory awareness, comes with a three-day soul-back guarantee. If he can fend off his need to drink human blood, he would return to normalcy or else turn into a vampire, for good.

Vlad accepts this and uses his new abilities to save his people, but when they realise what he has become, they turn on him putting Vlad's wife and son's lives in danger.

Shore's interpretation of Dracula portrays him as a humane and tragic entity -- "Prince of the Dark and Son of the Devil".

For better part of the film, the narration establishes the setting and the characters.

On the performance front, all the supporting actors fit the bill perfectly. Luke Evans as Dracula is enigmatic, as well as adorable in the same breath. He exudes confidence as the compassionate husband, father and Prince, who would give up his life for those he loves. His transformation as a vampire is seamless due to the well-crafted script.

Visually, the frames are atmospheric in nature. The wide shots derived from the panning and tilting of the camera capture the vast scenic expanse majestically.

The computer generated images are a bit tacky, especially the rising and setting sun. And the colony of flying bats seems like an impressive video game clip.

With impressive production values, the setting, costumes and prosthetic make-up, are worth a mention.

The sound effects too, are good. The one scene that stands out is when Vlad fights Prince Mehmet on a heap of silver coins. The effect is dramatic, as well as spectacular.

Overall, this film is not for those seeking a spooky tale, but for those ready to enjoy a human-interest saga.