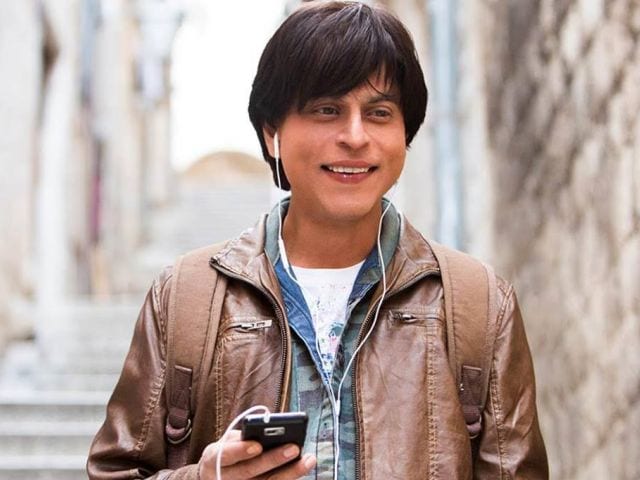 A double dose of a Bollywood superstar intent on pushing himself into new zones as an actor makes for a passably watchable spectacle in Maneesh Sharma's Fan.

The film might, however, have yielded decidedly more than just superficial delights had the director not resorted to standard means to wrap up his tale of an obsessed movie fan run amok.

The besotted admirer of the title is Gaurav Chandna (Shah Rukh Khan, with protruding teeth and looking years younger than he is), a West Delhi boy who is a lookalike of a fictional matinee idol, Aryan Khanna (Khan again). 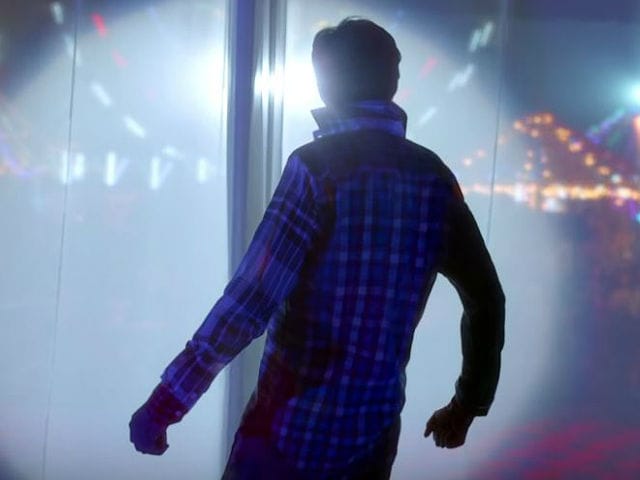 Gaurav is unabashedly obsessed with everything that Aryan Khanna does. The walls of his room are plastered with cutouts of the actor in his various movie roles.

Even the cyber cafe that Gaurav runs is named after his favourite actor: AK Cyber Chat.

The fact that he resembles the showbiz icon makes Gaurav a bit of a star in his own right in the neighbourhood.

He impersonates Aryan Khanna at the annual Dussehra mela organized by Inder Vihar's DDA Colony and walks away with the best performer trophy every year.

Trouble is Gaurav takes his ardour beyond acceptable limits. When slighted by the object of his fantasies, he engineers a bitter confrontation between fan and idol that plays out in London, Dubrovnik (Croatia) and Mumbai. Fan is a rather odd admixture of the real and the make-believe. The former works quite well; the latter not so much.

In the first half, the fact that Gaurav bears an uncanny likeness to Aryan Khanna does not invite any public gasps of surprise from those who run into him in the street and elsewhere.

Neither the guards manning the entrance of Aryan Khanna's Mumbai bungalow nor the hundreds of other fans milling around the place take any notice of Gaurav.

But in the second half, visitors at Madame Tussauds as well as the London police are taken in by his visage and believe him to be the movie star the world knows.

The repeated identity switcheroos that Gaurav pulls off are contrived to the point that even Aryan Khanna's wife falls for the ruse.

When Gaurav is on his Aryan Khanna trip - which is almost always - he is egged on by his parents despite the mother occasionally fretting over his college grades.

These portions of Fan are largely believable. But when one fine day, Gaurav decides to undertake a ticketless rail trip to Mumbai to meet Aryan Khanna in person, the film begins to stretch credulity.

The travelling ticket examiner and the railway police force men give Gaurav a long rope and he makes it to Mumbai instead of ending up in jail.

The film comes close to careening completely out of control after the hounded movie star decides to take matters into his own hands and confront his rogue fan head-on.

If it doesn't, it is solely because of the flair SRK brings to the film, especially in the guise of the misguided fan.

It is difficult to fathom why a Bollywood star who has a retinue of men (and women) at his beck and call would go gunning for his tormentor all by himself, chasing him through Delhi's chaotic traffic. 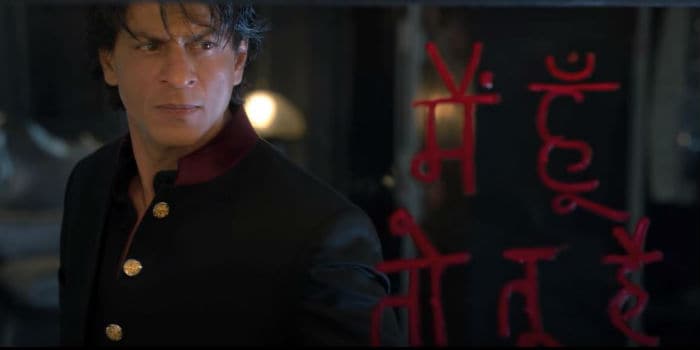 These liberties dim the impact of what is otherwise a screenplay that has enough going for it.

Also, for a songless Hindi film, Fan needed to be much shorter than it is. At its nearly two-and-a-half-hour length, it overstays its welcome by at least 30 minutes.

After Gaurav is left disillusioned by Aryan Khanna's refusal to grant him the five minutes that he seeks with him, the former vows to ensure that it will be the star who will now do all the running.

The film takes that line literally and Aryan Khanna is actually reduced to shed his starry cloak and chase the seriously bothersome Gaurav.

Fan does have several redeeming features, not the least of which are the flashes of intelligence in Habib Faisal's screenplay.

As with many a recent SRK vehicle, there is no dearth of self-deprecatory humour here.

On a chartered flight from London to Dubrovnik, Aryan's assistant (Sayani Gupta, making a mark despite limited scope) advises him to ignore Gaurav. "He is neurotic," she tells him. The star retorts rhetorically: "What, am I?"

At a flashy wedding where Aryan is slated to perform, the wealthy host berates him for arriving late. "Mr Bhutiani, I will make it up to you," he says.

"You better do, I am paying you a bomb," Bhutiani says. 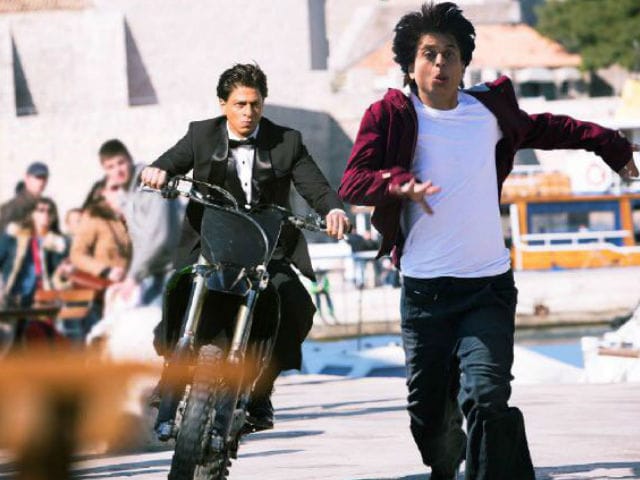 Especially commendable is the manner in which the writer and the director imagine the spaces that the deceptively vicious anti-hero occupies: they are tangible and easy to relate to.

For the record, any similarities that Fan might have with Tony Scott's 1996 film, The Fan, seems only superficial and incidental.

The Hollywood psychological thriller was set in the world of baseball and the fan, played by Robert De Niro, wasn't a lookalike.

Fan works for the most part because it has the fabulous SRK act as a 'young' star-struck boy. His energetic performance is worth the price of the ticket - if not more.

It is fascinating to watch the actor making the transition from a gawky movie-crazy youngster to a swaggering Bollywood star mimic on stage to a psychologically unhinged stalker who pulls out the stops.

Fan is proof that even if SRK isn't 25 years old, he certainly has the kind of enthusiasm that might put many 25-year-old actors to shame.

When India Questioned SRK: NDTV and Students Interviewed the Superstar