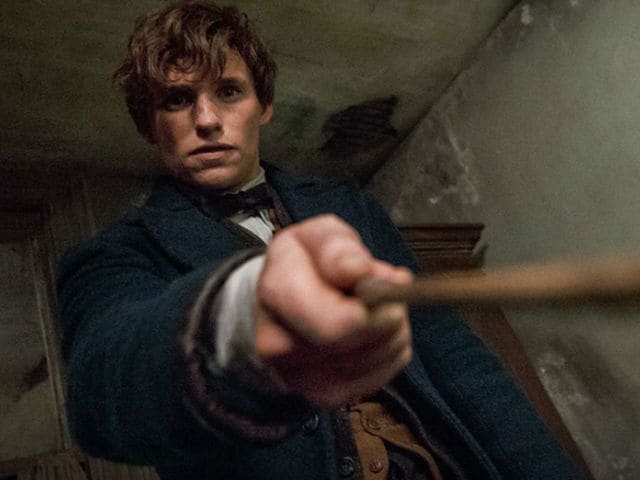 For some of us who felt that eight Harry Potter films was not nearly enough, the prospect of a prequel stirred up a sense of tingling anticipation, mixed with dread. For "Potter" nerds, it might be enough simply to return to that wizarding world for a couple of escapist hours. But would it be too much to hope that the film was also actually any good?

As it turns out, Fantastic Beasts and Where to Find Them is much better than the low bar that some of us had pre-emptively set for it, thanks to a funny/scary screenplay by Potter scribe J K Rowling and the assured direction of veteran David Yates, who handled the last four Potter films with aplomb, and who maneuvers around several challenges here.


A still from Fantastic Beasts And Where To Find Them (Image credit: Warner Bros. Pictures)


Set in New York City of the 1920s, Beasts takes its title from a textbook taught at Hogwarts School of Witchcraft and Wizardry, taking its hero from the author of said book, one Newt Scamander (Eddie Redmayne). Newt is an English wizard and field researcher in magical creatures who, when we meet him, is en route to Arizona, where he plans to release a magical Thunderbird named Frank to its natural habitat. A twitchy, self-effacing mumbler - even when he's not uttering faux-Latin incantations - he is also, by his own description, slightly unlikable. (Most people, Newt says "find me annoying.")

With the debut of this new character, Redmayne has a tall order: make himself not just lovable, in two hours, but indispensable. After all, there are already four Beasts sequels planned.

That transition doesn't happen quickly, but it does go fairly smoothly. The first half of the film plays out like a protracted game of Pokemon Go, with Newt trying to retrieve a handful of adorable and/or freaky-looking animals that have escaped into the streets of Manhattan from the portable menagerie that he drags around with him in a bottomless magical valise. (Think Hermione's handbag, which had an Undetectable Extension Charm placed on it, and could hold almost anything.)

This brings me to my next point. If that last sentence made no sense to you, you're probably going to have a bit of a learning curve with this film. Before the main action has even started, an opening title sequence is dropping the name of a minor but significant character from the Potter books that you will eventually need to know for the ending to make sense. That's on top of all the other stuff that Rowling's script expects you to have at least a passing familiarity with, such as the ongoing conflict between Wizards and Muggles (or non-magical people), called "no-mages" here.

That conflict informs the central dramatic tension in Beasts. Although the gotta-catch-'em-all action of the first hour films is cute enough - and the CGI bestiary, which includes such familiar critters as nifflers and bowtruckles, is well done - the stakes are low, evoking the lighter tone of the early Potter films, before Lord Voldemort and the Death Eaters settled in for the night.

Assisting Newt in rounding up his missing creatures is an auror, or magical police officer, by the wonderful name of Porpentina Goldstein (Katherine Waterston), her ditsy, mind-reading sister (Alison Sudol) and a nomaj who has inadvertently become entangled with them (an appealingly goofy Dan Fogler). Soon these glorified dog-catchers have more important things on their minds than stray murtlaps and invisible demiguises, as another, more somber storyline coalesces and takes over. That one involves Percival Graves (Colin Farrell), a shadowy colleague of Porpentina's from the law enforcement agency MACUSA (Magical Congress of the United States of America) and a mysteriously intense young man (Ezra Miller) who has been adopted by an anti-wizard crusader (Samantha Morton).


A Demiguise from Fantastic Beasts And Where To Find Them (Image credit: Warner Bros. Pictures)

The plot thickens, along with the emotional tension, which was always the best part of the Potter universe, and not the dazzling special effects.

By the end of the film, Newt will probably have grown on you, as he does on Porpentina. (You saw that coming, didn't you?) As she proved with seven Potter books, whose intricate, interwoven plots Rowling planned out years in advance, the writer has a great long game. She isn't in this for just one movie. Judging by the pleasures delivered by Fantastic Beasts, you probably won't be either.