Fantastic Four: A Superheroic Rebooting (Wanted or Not) 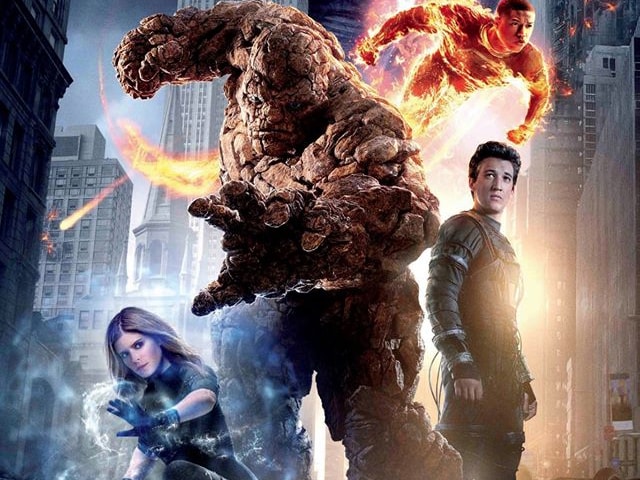 The opening scenes of Fantastic Four- 20th Century Fox's reboot of its Marvel superhero franchise - take place in 2007, which happens to be the year that the second movie in the prerebooted franchise (Rise of the Silver Surfer) was released. Ben Grimm and Reed Richards (played as children by Evan Hannemann and Owen Judge, later by Jamie Bell and Miles Teller) don't mention that fact, because if they did the cinematic universe would collapse on itself and all light would be extinguished from the cosmos. Also, the thoughtful people at Fox probably don't want to remind anyone of those earlier movies.

Some of us have long memories, though, and can summon the bad cinema of the mid-aughts with furious clarity. Looking back on those days, I remember - Jessica Alba. OK, forget it. I'll just go ahead and reboot my 2005 review of the first Fantastic Four origin story, which I said was "fantastic only in its commitment to mediocrity." That's still true, although a decade later it's true in different ways. Are you offended that I'm recycling material? Sorry, but I'm as susceptible to the influence of movies as anyone else.

This Fantastic Four, directed by Josh Trank from a script he wrote with Simon Kinberg and Jeremy Slater, feels less like a tale of superhero beginnings than like a very long precredit opening sequence. As boys growing up on Long Island, Reed and Ben are brains-and-brawn science-fair buddies.

Reed is working on a teleporting machine that attracts the attention of Franklin Storm (Reg E. Cathey), who runs some kind of boarding school/research center in Manhattan. There, Reed meets the Storm kids, Sue the scientist (Kate Mara) and Johnny the hot-rodder (Michael B. Jordan), and also a brooding intellectual named Victor von Doom (Toby Kebbell).

Much later, after they have traveled to a parallel dimension where a planet full of energy (please, just fill in whatever exposition you feel will get you to the next part of this sentence), Victor will face down his erstwhile classmates and say: "There is no more Victor. There is only DOOM!" There is nothing wrong with that kind of line - he's a newly fledged ultravillain in a comic-book movie, after all - but it needs to be earned, with gravity or wit. The best superhero entertainments have both.

Fantastic Four, despite the dogged efforts of its talented young cast, has nothing. The special effects are at about the level of the early "Harry Potter" movies - lots of glowing green clouds and ice-blue bolts and force fields. The human drama is meager. Once again, the only real pathos belongs to Bell's Ben, who finds himself trapped in a stony new body and weaponized by a ruthless government. Teller stretches, not as an actor but as a digitally enhanced body. Jordan burns in the same way, and Mara disappears. Her character also has the power to make other things vanish. I would say she should have exercised it on this movie, but in a week or two that should take care of itself.