If you are a John Abraham fan, there can be no reason whatever to give Force 2 a miss 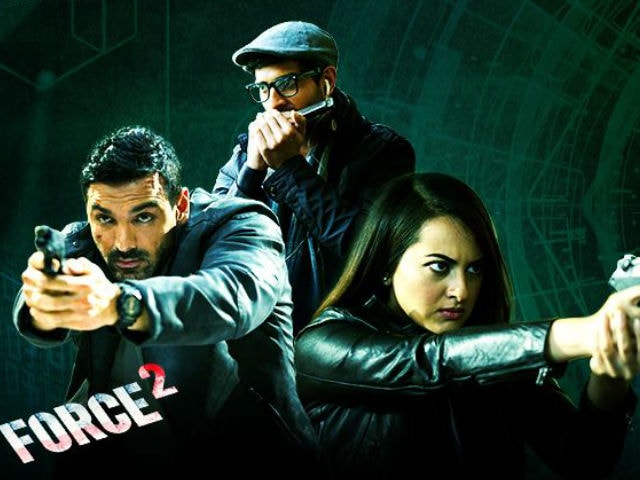 As another one forces its way into our multiplexes amid a rash of Bollywood sequels, the question is inevitable: is this film any good?

Here's the answer: despite being marked by narrative pace and stylistic pizzazz, Force 2, directed by Abhinay Deo, isn't a humdinger of a spy thriller.

Yet, while this sequel might not sweep you off your feet, delivers enough thrills to keep you hooked to the high-octane action unfolding on the screen.

ACP Yashvardhan (John Abraham) of 2011's Force is back. This time around, he teams up with a feckless RAW agent KK (Sonakshi Sinha) to take on a bad guy who knows his onions - and then some.

When Force 2 flags, it is the villain, played with aplomb by Tahir Raj Bhasin, who holds the film together. He gets the best lines and makes them count.

The screenplay has nothing new to offer, the character played by Sonakshi is half-baked and John Abraham's action hero is limited to peddling the conventional tropes of the genre.

Force 2, therefore, isn't the force that it might have been had it dared to drift away from the familiar and into the uncharted. That is way beyond the ken of this film.

The Indian embassy in Budapest has a traitor on the precincts. He puts the lives of Indian spies in foreign lands at risk by revealing their identities to inimical forces.

When three RAW operatives, including a close friend of the hero's, are killed in China, Yash and KK are pressed into service to get to the bottom of the truth.

The bad guy that the undercover agents are up against is a cocky, cocksure crook who thrives on mocking his adversaries.

The mole holds his own against all odds (until, of course, the climactic confrontation).

Bhasin, embodying a minor variation on his career-launching Mardaani act, is a mid-level embassy functionary who has an ulterior motive to snitch on his compatriots.

He is a swaggering show-stealer who gives as he good as he gets and never recoils from a challenge even when the chips are down.

Equally, the tough-spy hero - though not his not-so-tough female colleague KK - knows all the tricks in the book needed to be deployed to stop the evil man in his track.

To that extent, notwithstanding its slick action sequences and the unrelenting pace, Force 2 does not spring too many surprises. It stays well within the limits of the spy thriller while drawing upon superficial devices for effect.

But, as it might be clear as daylight by now, one thing that this film has undeniably going for it is a villain who isn't just a shadowy figure bunged into the mix to give the macho hero a punching bag.

The two men - Shiv and Yash - are engaged in bitter mind games that frequently explode into terrific car chases and violent confrontations.

You might have seen it all before, yet Force 2 remains passable in the main because it gives the audience very little time to ponder over the plot details.

The lead actor, who sheds his shirt very early on in the film to reveal his chiseled torso and then, many scenes later, jumps into a fight draped in a towel, takes his job very, very seriously.

He is both earnest and solemn as he executes the dangerous mission to hunt down the 'enemy' and bring him to book.

The secret agent played by Sonakshi is aimed at giving girl power a boost. The character ends up doing just the opposite.

The two are agents who risk their lives to protect the country's interests without recompense. The man is cocksure; the woman is prone to losing her way. Not funny at all!

Neither of the two characters is written with clarity. But looking for logic and psychological nuances in their engagement with each other and with the antagonist will serve no purpose.

The task of the patriots in the film is made all the more difficult by the wiles of the villain, who rarely loses an opportunity to show them up.

But sure enough, the male spy is an unstoppable, invincible machine. No matter how cornered he is in his mental joust with the bad guy, he is bound to come out on top. 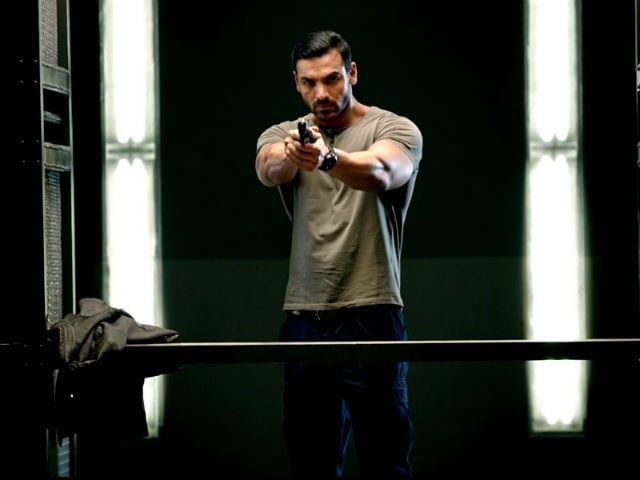 Thanks to the fast-paced narrative, Force 2 gives the audience little space to draw away from the hurly-burly, survey the action from a distance and spot holes in the construct.

There are several, of course, but because of the power of the action scenes, the film works, if only at a very basic level.

It's the sheer predictability of this narrative form that drags Force 2 down a few notches. Be that as it may, it is an entertainer that passes muster.

And if you are a John Abraham fan, there can be no reason whatever to give Force 2 a miss.