Ghostbusters immediately silences the backlash and bluster that's preceded it 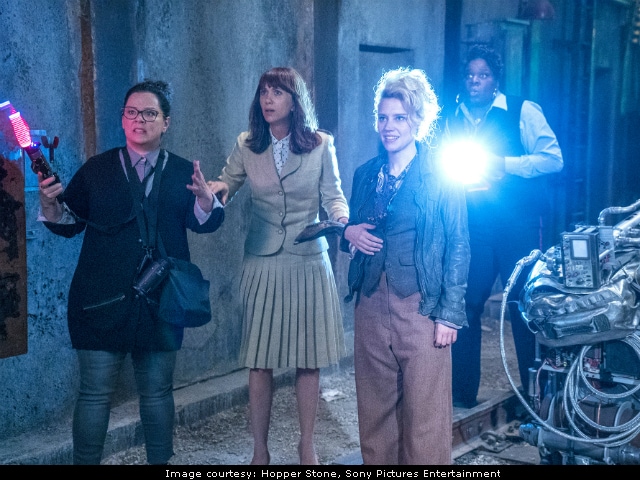 Sunny, slimy and profoundly silly, the new, lady-centric reboot of Ghostbusters immediately silences the backlash and bluster that's preceded it. 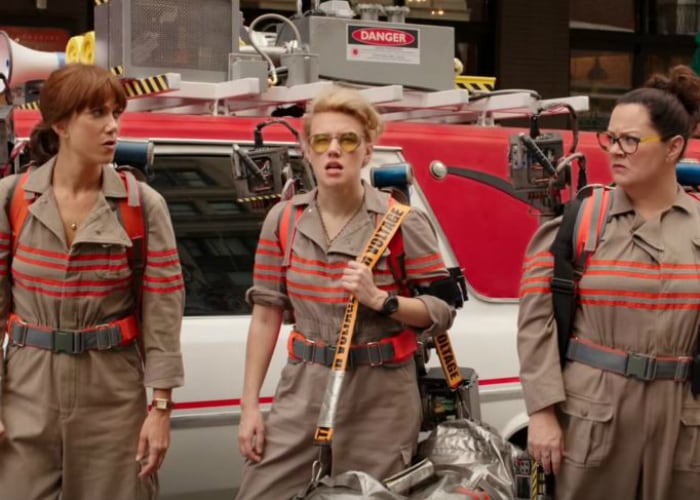 Never deigning to take the skeptical and just plain sexist bait that's been thrown its way since the project was first announced - and that came in buckets when the first trailer was released - this jokey ensemble piece seems engineered to remind viewers of what it was meant to be all along: neither a workhorse for arguments about gender politics nor a Trojan horse for desecrating precious generational shibboleths, but simply an easygoing, enjoyable family comedy.

Headed by a cast that includes Kristen Wiig and Melissa McCarthy, this iteration possesses the same casual, unforced humor that made the 1984 original a virtual instant classic. Once again set in Manhattan, Ghostbusters opens with a funny-scary set piece, wherein a tour guide at a posh 19th-century mansion is seen bragging about the stately home's "face bidet" and "anti-Irish security fence" one moment, and then fending off an oozing tsunami of familiar green goo the next.

Who ya gonna call? Erin Gilbert (Wiig), of course. She's a paranormal researcher and Columbia University instructor whose book, Ghosts From Our Past: Both Literally and Figuratively, was co-written with her childhood friend Abby (McCarthy). Although Erin has since recanted her belief in ectoplasmic life, Abby is still determined to catch and examine a real-life ghost - now with the help of her new research partner, Jillian Holtzmann (Kate McKinnon). 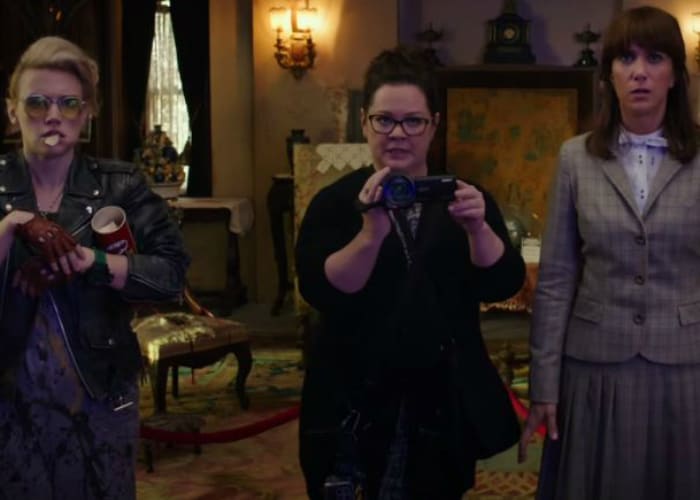 McKinnon, it bears noting, delivers a star-making turn in Ghostbusters, her eccentric, faintly amused gearhead stealing every scene, much in the way Bill Murray made the most of his moments in the earlier film. Existing in her own enigmatic bubble of non sequiturs and private jokes, she pokes her head out occasionally to utter some arcane piece of technical mumbo jumbo or to munch from a can of Pringles ("salty parabolas," as she calls them). McKinnon's Holtzmann is the straw that stirs the drink throughout Ghostbusters, her performance one that easily could have been an exercise in phoned-in snark, but instead proves to be an example of genuinely smart, specific and confoundingly funny characterization.

Indeed, Wiig and McCarthy mostly act as deadpan comic foils to McKinnon's inspired lunacy, which, like everything else about Ghostbusters, possesses the quiet, good-natured rhythms of a comedy that largely resists hysterical overreach. When Leslie Jones - as a freaked-out MTA worker and aficionado of early Manhattan history - joins the team, she brings along her own expertly delivered one-liners (not to mention her uncle's hearse). 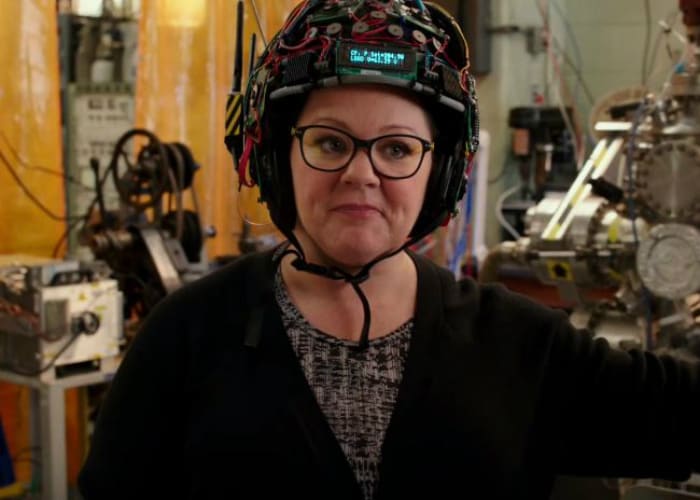 Chris Hemsworth, as the Ghostbusters' studly receptionist, gives Channing Tatum a run for his money in a cleverly revisionist take on cinema's so-called dumb blondes, from Marilyn Monroe to Judy Holliday. "Who ordered the Clark Kent stripper-gram?" someone asks, when he shows up at one point.

Hemsworth's objectified secretary is one of the few times sexism is explicitly invoked in Ghostbusters, in which director Paul Feig and his co-writer, Katie Dippold, couldn't help but include a few digs at the movie's online haters. Still, the mood is more playful than polemical in a movie that leaves poisonous culture wars behind for a brighter, shinier, goofier world - albeit one in which the firehouse where the first Ghostbusters made their headquarters now fetches $21,000 a month. 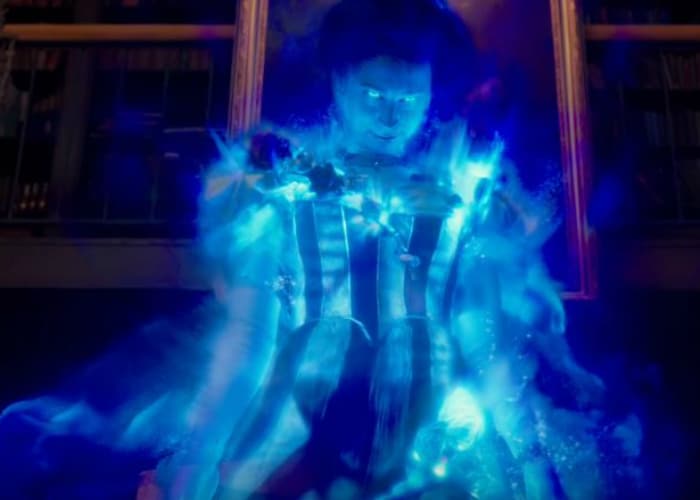 The original guys, by the way, are mostly all on hand for cameos in Ghostbusters - even the late Harold Ramis, who is appropriately honored in memoriam in an early scene. Some work better than others, as can be said of all the film's supporting performances. Cecily Strong, for example, falls surprisingly flat as an aide to the mayor, her cadences oddly similar to McKinnon's own casual, borderline-bored delivery.

Even as it ambles along at its own adamantly un-self-important pace, Ghostbusters reaches a fatal turning point in the third act, when it descends into an engulfing chaos of CGI effects, blue and green smoke and drawn-out, repetitive mayhem for its own sake. Of a piece with the bigger-longer-louder endings most action movies revert to these days, the endgame of Ghostbusters feels utterly at odds with the rest of the movie's refreshingly low-key tone. But that vibe returns during the film's fun finale and end-credits crawl, as well as in a final-final stinger that diehard fans won't want to miss.

For all the high dudgeon with which the movie has been anticipated, it turns out that Ghostbusters - like the girls who cheerfully dominate it this time around - just wants to have fun. And it does.