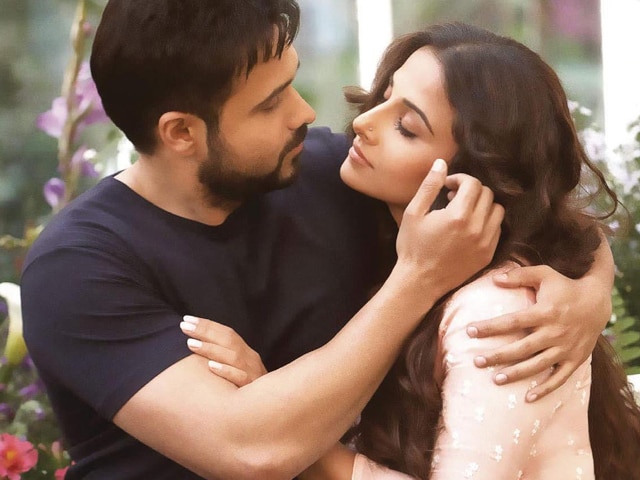 Director Mohit Suri's Hamari Adhuri Kahani is an anachronistic, tragic romance that touches an emotional chord, yet, makes you dismiss it as a regressive piece of art. The direction appears confused, with a present-day setting, while the treatment of the plot and characters belong to a bygone era.

The story, with its verbose, melodramatic and regressive dialogues, along with outdated metaphors and symbolism, fits into the 1970's mould perfectly. Sadly, the audience today will not relate to it.

An intriguing tale, nevertheless, it is all about love. It is an engaging story of a married lady bound by the shackles of society, yearning for true love.

The dramatic prologue lays the foundation of the narration. It is 22 years since Vasudha (Vidya Balan) has left her husband Hari (Rajkummar Rao). Upon learning of her death, Hari, steals the urn as he is adamant about immersing her ashes in Bastar and not in the Ganges, to enable Vasudha attain salvation.

Hari's truth - the story of his life is unravelled through a diary that he leaves behind for his son Sanjh to read.

Mahesh Bhatt has penned this semi-biographical convoluted saga, with well-etched characters who are intense and complex. High on emotional quotient, he leaves his imprint with the well-structured, tight and intelligently-woven script. But it is the cliched, archaic and effusive expositions that nail the narrative.

Recounted in a non-linear manner and packed with back stories, what holds your attention are the potent performances given by the ace star cast. This is undoubtedly the key reason to watch the film.

Emraan Hashmi delivers a sensitive performance, quite contrary to his usual image. As Arav Ruparel, the sauve and successful businessman who owns 108 hotels and is emotionally drawn to Vasudha, he is convincing.

Vidya Balan as the protagonist brings out the pathos of a distraught mother and abandoned wife seeking true love, through an emotionally intense portrayal. She does justice to her character, but expectedly so. Your heart bleeds for her at the treatment that fate has meted out to her.

With a broad spectrum of emotions, ranging from a possessive husband to a harassed victim of circumstances seething with anger to the subdued psychotic, Rajkummar Rao wows you with his power-packed and nuanced performance as Hari. He is a natural before the camera.

The other noticable character in a cameo is Apurva, Arav's friend-cum-man Friday. With his spontaneity, tone and sense of timing, he lends a fresh perspective to the sardonic lackey, eliciting many a laughter at his "flight delay" dialogues.

Yesteryear actor Amala as Rohini, Arav's mother, is a huge disappointment. Although the character allows her ample opportunity to perform, she offers nothing to make it memorable.

Technically, with excellent production values and decent music, the visuals by cinematographer Vishnu Rao are vibrantly brought to life by his meticulous framing.

Watch this one if you are moved by sad love stories. The good performances are an added bonus.