He Named Me Malala Movie Review

He Named Me Malala is a must-see for anybody who cares about the world and the cause the protagonist stands for. 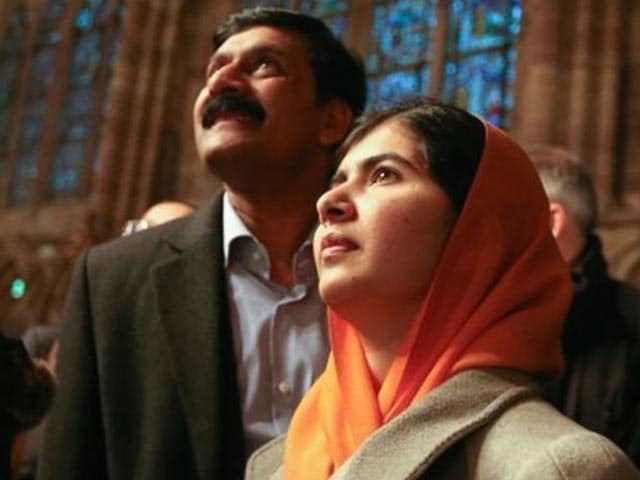 Aged only 18, the brave and articulate Malala Yousafzai has seen more of life ? and the world ? than most octogenarians.

The complexities inherent in her activism and the social and political nuances of her part of the world are probably impossible for a single film to decipher and deconstruct.

That is the feeling that one comes away with after watching Davis Guggenheim?s 87-minute documentary tribute to Malala?s courage.

The film packs a great deal of info into its limited runtime, but still skims the surface of her multi-layered reality.

But that is not to say that He Named Me Malala, a rare feature-length non-fiction film to hit multiplex screens in India, fails to bring alive the teenager behind the intrepid crusader for the right of all girls to be educated.

He Named Me Malala is a fine and engaging film that, in terms of the broad biographical details, spans the entire spectrum of the story of the world?s youngest-ever Nobel Peace Prize winner.

Besides throwing light on her relationship with her father, Ziauddin Yousafzai, He Named Me Malala touches upon the historical backdrop against which she, then only 15 years old, was nearly killed by the Taliban.

It briefly traces the emergence of Taliban leader Mullah Fazlullah (he has since been killed in an air strike), who claimed responsibility for the October 2012 assassination attempt on Malala.

He was nicknamed Radio Mullah for his incendiary broadcasts inciting his armed men to eliminate champions of education for girls.

The Taliban threat still hangs over her, which is why Malala cannot return home. Her heart yearns to see ?the dirty streets and the river? of her town again.

But as things stand, there isn?t a hope in hell of her making the trip back to Swat Valley. A global icon barred from her own homeland: it is a situation filled with pathos.

The film introduces us to Malala?s friends Shazia Ramzan and Kainat Riaz, who were also shot in their school bus but survived.

While moving from the events that led up to the murderous assault on Malala (presented in one of the film?s many animated sequences) to the act?s dramatic aftermath, the film takes us right into the Yousafzai home in Birmingham, UK.

The girl with a titanium plate on the left side of her face is, of course, made of steel, but at home she is like any other girl her age.

She frets over her homework and school progress report, gets into good-humoured flaps with her brothers, does a Google search on Roger Federer and coyly admits that Shahid Afridi and Brad Pitt are her heartthrobs.

As Guggenheim draws her out, what emerges is a vivid and gripping portrait of a girl who is at home in the world.

Behind the cosy family scenes that we are witness to, there is a whole universe that she, helped considerably by a proud father, inhabits with unwavering confidence and commitment.

In the film, she exudes exemplary composure as she speaks to girls in a newly opened school in Kenya.

In Nigeria, she exhorts the country?s then president to step up efforts to rescue the 300 girls abducted by Boko Haram.

Malala?s voice could not be silenced by bullets, and that part of her life receives lopsided attention in the film.

However, Guggenheim does not at any point suggest that there is nothing more to her or that her activist persona emerged only after being shot by the Taliban.

The question was, Malala says on camera, ?whether to be silent or to speak up?. She of course chose the latter course, and her words have resonated around the world ever since.
As the film unambiguously asserts, the fearless campaigner was born well before Malala came under the global spotlight.

The ?He? of the title is obviously Malala?s father Ziauddin ? a clear indication that in the region she comes from, men call the shots.

But her dad, who ran a school for girls in his home village and instilled in her daughter a fighting spirit, is all for gender equality.

?He named me Malala,? says the girl, ?but he did not make me Malala.? The making of the global campaigner for girls? education is linked to the name that she got at birth.

Ziauddin christened his only daughter after Malalai, an Afghan woman who led a revolt against British invaders in the 1880 Battle of Maiwand. Has any father ever been as prophetic about his daughter?

While most of He Named Me Malala works, it would have been an even more effective film had Guggenheim desisted, among other things, from overlaying the film with an obtrusive background score aimed at underscoring its emotional content ? and intent.

In He Named Me Malala, the Oscar-winning Guggenheim (An Inconvenient Truth) leans at times towards the manipulative and overly reverential.

But such is the power of the story that it is easy not to be put off by the minor glitches in its telling.

He Named Me Malala is a must-see for anybody who cares about the world and the cause the protagonist stands for.