Director Nikhil Advani's version is a far cry from the original. 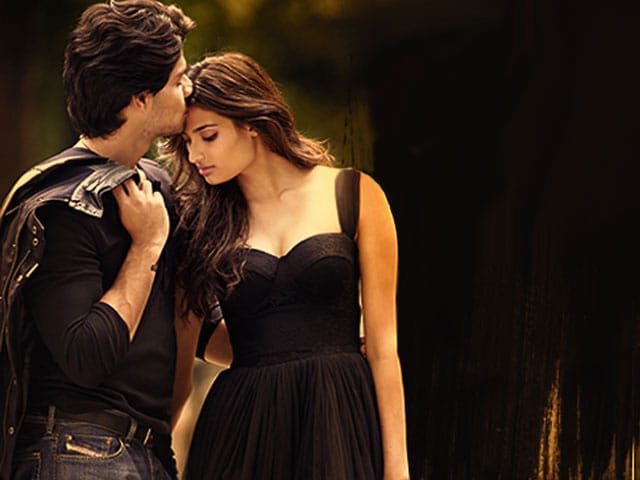 "If you want this love story to work, then buy yourself some time," warns a concerned brother to his distraught sister half-way through the film Hero.

This warning is probably meant for the audience as well, who by now seem to be restlessly squirming in their seats.

With punchlines like Ek goonda kya ek IG ki beti se pyaar kar sakta hai kya, you would expect the plot of the film - a remake of Subhash Ghai's 1983 superhit of the same name - to be gripping.

But director Nikhil Advani's version is a far cry from the original.

While I usually do not compare films, this one is an exception owing to its pedigree.

If it was the music and songs that made Subhash Ghai's Hero a runaway success, it is the performance by the lead cast that makes Nikhil Advani's film bearable.

Sooraj Pancholi plays Sooraj Kaushik, a mobster with character, who is indebted to his godfather Pasha, whom he lovingly calls ?Baba?. Athiya Shetty plays his love interest Radha, the daughter of Inspector General of Police Shrikant Mathur, played by Tigmanshu Dhulia.

While their on-screen chemistry is perfunctory, Sooraj and Athiya seem earnest and promising. They make a sincerely charming and self-assured pair. With a well-chiselled physique, Sooraj appears to be a bit reticent and camera shy, whereas Athiya is poised and confidence personified.

Sooraj slips into the skin of his character with ease. Athiya with her cocky dialogues, seems incongruent with the character she portrays. The fault lies with the director.

Tigmanshu Dhulia, as the troubled top cop, delivers as best he can, but seems a gross misfit in the ensemble cast. Aditya Pancholi, with all his bearded look, lacks the aura of the underworld kingpin Pasha. His deadpan dialogue delivery does not make him menacing at all.

Sharad Kelkar portrays the IG's son, Dheeraj, with aplomb. His is the perfectly conventional character of a loving son and concerned older brother who plots to keep his sister happy. Anita Hassanandani as his wife is wasted.

Vivan Bhatena, as the antagonist Prince Rannvijay Shekhawat, makes his presence felt in a small, but well-defined and executed role. His impish, wicked demeanour grows gradually till it explodes during the action scenes in the climax.

The fight and the dance sequences are well-choreographed. And the background score is perfectly synchronised with the visuals in terms of beat and tempo. But unfortunately, the songs don't match the simplicity and finesse of the original and they lack the encore factor.

The direction, with scant regard to detailing, is careless and without conviction, making the entire viewing experience a silly proposition.

With excellent production values, Nikhil Advani's film, though technically advanced, is poorly executed in terms of writing. The characters, without much thought given into their background stories, are shallow and underdeveloped. The screenplay is ridiculously flawed and confusing at times. While most of the scenes are superbly dramatic, they unfortunately do not create an emotional impact.

Overall, this Hero is below mediocre fare except for the lead pair's straightforward performances.