Hitman: Another Killing Machine Rolls Off the Assembly Line

But do we really need another movie about a man who 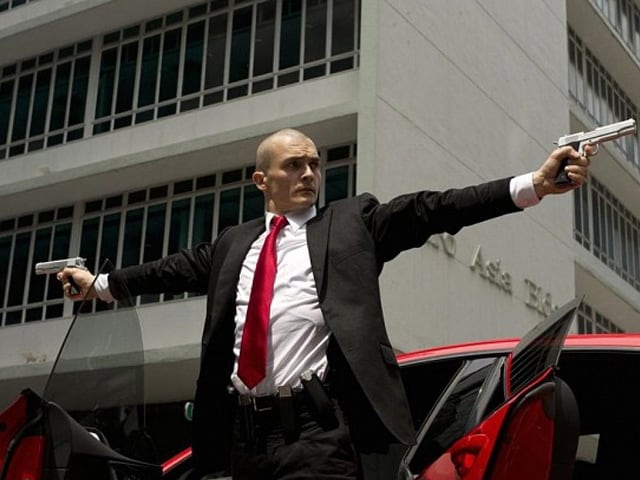 Dumb as dirt and just as generic, Hitman: Agent 47 trades brains for bullets and characters for windup toys. So it?s all the more shocking that honest-to-goodness actors like Zachary Quinto and Rupert Friend have signed on to play the film?s two leads; maybe the director, Aleksander Bach, told them they could have a lifetime supply of their smoking-hot suits.

But do we really need another movie about a man who?s a ?perfect killing machine?? Or another evil corporation dreaming about cloning him into an army? Bach and his backers clearly believe that we do, going so far as to reboot the 2007 headache Hitman (based on the video game series with the same title) and adding more eye candy. But no amount of killer good looks can save a project with only an echo chamber of destruction where a story ought to be.

Blasting through Singapore and Berlin, Agent 47 (Friend) and his nemesis, John Smith (Quinto), are aces at slaying but not so great at dying, popping up like Weebles after every encounter. This is easy for 47, a genetically engineered assassin whose ?subdermal titanium body armor? repels weapons and whose nonexistent emotions repulse any concern for his welfare. For that, he has a slinky handler, played by a Chinese actress whose stage name, Angelababy, should be bestowed by law on at least one newborn per year.

But formula demands a (preferably beautiful) woman in peril, and so we have Katia (Hannah Ware), whom we meet holed up in a Berlin library. She?s looking for her father (poor Ciaran Hinds), Agent 47 is looking for her, and Smith is looking for both of them. One wants to kill her and the other wants to protect her, and kudos to you if you can work out which is which. (Maybe the movie?s continuity issues aren?t confined to Katia?s on-again, off-again lipstick.)

A grab bag of random notions lifted primarily from the Terminator and Matrix universes, Hitman is a sexless, virtually bloodless chain of preposterous battles rendered in a two-dimensional gloss. But it will almost certainly be back: There are currently seven installments of the video game, with an eighth on the way. Though if they return with a steamy romance between Smith and 47, I might be forced to buy a ticket.