Hot Pursuit is cautious and tentative in its pursuit of laughs 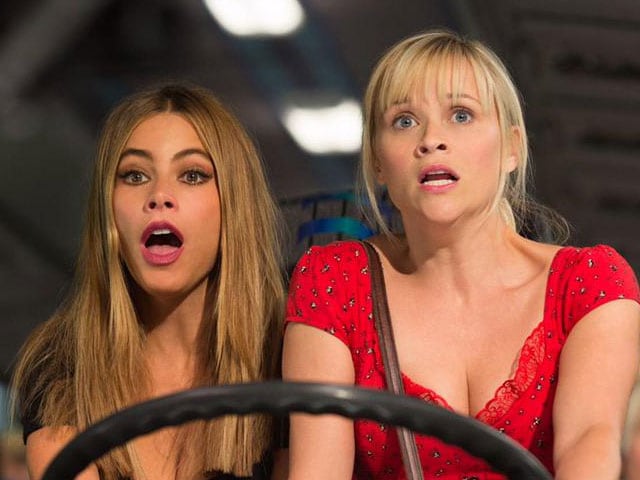 Hot Pursuit is an on-the-run buddy comedy starring Sofia Vergara as the wife of a criminal and Reese Witherspoon (also credited among the film's producers) as a San Antonio police officer. Thrown together by improbable (though entirely conventional) circumstances, the two women head across Texas, mocking and humiliating each other on the way to mutual appreciation.

How you respond to the movie may depend on whether that description raises or lowers your expectations. I'll admit that mine were perhaps unreasonably high. Witherspoon, though she has been doing other things lately, has a long track record as a resourceful comic performer, going back at least to Election and the sometimes delightful Legally Blonde movies. Vergara has for a while seemed more than ready to leap beyond her narrow, frequently hilarious, occasionally offensive role on Modern Family.

But while Hot Pursuit makes much of the vocal, temperamental and physical contrasts between its stars - not since Frodo and Gandalf has a difference in height been so carefully emphasized on screen - it doesn't give them anything especially fresh or interesting to do together.

We are in the midst of a comedy boom, and within it an explosion of feminist and female-driven humor, but the news has apparently not reached Warner Bros. headquarters. Directed by Anne Fletcher (27 Dresses, The Proposal) from a screenplay by David Feeney and John Quaintance, Hot Pursuit is cautious and tentative in its pursuit of laughs, and almost entirely unsure of how to go about being funny.

Witherspoon plays Cooper, the daughter of a cop who is killed in the line of duty in an ill-judged opening sequence. Her dream of following in his footsteps has gotten her as far as the precinct evidence room, where she endures the condescension of hotshot detectives. A mishap with a Taser - less than hilarious in the context of certain recent episodes of police violence - has made Cooper's name a punch line, and she's desperate to redeem herself with some real police work. Sure enough, her captain (John Carroll Lynch) gives her the job of watching over Daniella Riva (Vergara), whose husband is preparing to testify against his narco-stereotype boss.

Before long, Cooper and Riva - last names suffice until the blossoming of their final-act friendship - are being chased by two sets of gunmen and forced into various slapstick- and insult-generating situations. Vergara teeters on high heels, threatens to burst the seams of her dress and mangles common English idioms. Witherspoon rattles off sections of the penal code and figures out what's really going on just in the nick of time. They climb out a bathroom window. They pretend to be lovers for the benefit of a suspicious homeowner played by Jim Gaffigan. Some people are shot and even killed, but only for laughs.

So maybe I expected too much. But while a movie that fails to catch fire is disappointing, there is something even more dispiriting about a movie that doesn't even bother to try, that tosses its stars a soggy book of matches and expects them to generate a spark.