If you expected the mad monster party to continue in Hotel Transylvania 2, be forewarned, the frenzied party is over 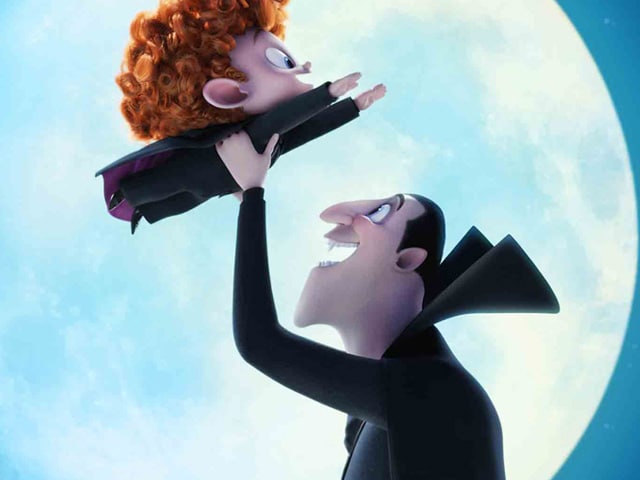 If you expected the mad monster party to continue in Hotel Transylvania 2, be forewarned, the frenzied party is over. This one is a limp party that is neither exciting nor engrossing.

Taking off from where it left in the first edition, this tale is a matured, domesticated exposition of Dracula (Adam Sandler) becoming a doting and overbearing grandpa to Dennis (Ashler Blinkoff), son of his daughter Mavis (Selena Gomez) and her human husband Jonathan (Andy Samberg). The crux being, both sides of the family waiting to see if the little one, born of mixed heritage, will ever grow a pair of fangs, thereby indicating whether he is a human or a monster.

And to add to the conflict, Mavis contemplates to move to California, away from the watchful eyes of her father. Tension builds up even more with Grandpa Vald (Mel Brooks) kept in the dark about the human side of the family.

The script, written by Robert Smigel, Peter Baynham and Adam Sandler, moves at a moderate pace; episodic in structure in a slapdash plot. There are the goofy monsters and their antics, which include Dracula and his friends touring their old haunts and training Dennis in the proud vampire tradition, which meant scaring people and flying like a bat.


Humour arises in the form of relatively mild jokes, gags on familiar monster lore, pop culture references in which technophobe Dracula discovers that it's tough navigating touch screens with freakishly long fingernails and parenting jokes like Mavis' attempt to childproof the hotel and its staff.

To add credence to the visuals, director Genndy Tartakovsky has very ably managed to match the stellar voice cast with his characters, giving them a glamour quotient. The others included in the list are Kevin James as Frankenstein, Steve Buscemi as Werewolf Wayne, David Spade as the Invisible man Griffin, Keegan Michael Key as Mummy Murray and Nick Offerman and Megan Mullall as Dennis' human grandparents.

However, the 3D animation does not help in elevating the viewing experience.

Ultimately, Hotel Transylvania 2, about the need for open mindedness in life and love, in its entirety is a feel good and fun film which is neither ghoulish nor overtly comical, where the message is simply lost.