It isn't utterly pointless, but it is neither hugely engaging nor particularly insightful 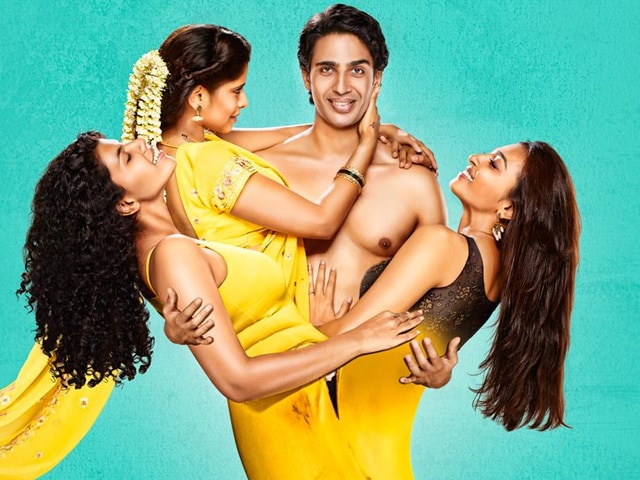 The big wide world may have seen a rash of sex addiction films of late (Shame, Don Jon, Nymphomaniac, Thanks for Sharing), but the most prolific movie industry on the planet has steered clear of the complex territory for obvious reasons.

Commercial Indian cinema is usually averse to themes that demand more than just nodding acquaintance with the psychological realities of deviant human behaviour.

First-time director Harshavardhan Kulkarni (writer of last year's Hasee Toh Phasee) must, therefore, be lauded for making Hunterrr, a dramedy that takes a shot at telling the story of an average boy that grows into a deviant who cannot keep his mind - and hands - off women.

Unfortunately, Hunterrr (yes, the title has three r's) is way off the mark. It isn't utterly pointless, but it is neither hugely engaging nor particularly insightful.

The saga of the oversexed Mandar Ponkshe, despite Kulkarni's efforts to keep it real and believable, ends up as an overlong, meandering mess that seems to be out to make a serious affliction the butt of ridicule.

The screenplay, written by the director himself, straddles more than a quarter century - from 1989 to 2015.

It is crammed with allusions to Bollywood and other cinematic signposts that would have been an inevitable part of the growing up years of the generation portrayed in Hunterr.

At the earliest point of the narrative arc, the film is about an adolescent Mandar and two schoolmates grappling with the onset of sexual awakening.

Their raging hormones push the thrill-seeking boys into many an embarrassing misadventure.

His two friends manage to shrug off the obsession, but Mandar continues to hit on every girl/woman that he sets his eyes on until the propensity takes the form of a full-blown behavioural disorder.

Hunterrr moves back and forth between the distant and the immediate past. It occasionally settles in "the present day", all with the aim of linking all the dots and unravelling the reasons why Mandar Ponkshe is at a loose end despite his string of 'conquests'.

Sadly, the audience isn't any wiser by the end of the rather confused, and confusing, rigmarole.

Mandar (Gulshan Devaiah) is no hunky Lothario. He is an ordinary but incorrigible middle class bloke with an insatiable libido.

The guy's extreme fixation with the opposite sex repeatedly lands him in trouble.

A pre-teen Mandar has half his head tonsured by cops who catch him watching a soft-porn 'Hawas Ki Rani' in a video parlour.

He is thrown out of a Pune college for luring a girlfriend (Veera Saxena) to his hostel room for a roll in the sack.

He also has a torrid affair with a married woman Jyotsna (Sai Tamhankar) only to be caught in the act by her livid husband and sent packing.

In Mandar's 'eventful' life, there is also a Savita Bhabhi, a seasoned seductress who is his all-season source of solace.

Through the ups and downs of living dangerously, he inches close to stability when he meets successful working woman Tripti Gokhale (Radhika Apte).

He hides his true self from the lady, who, too, has a troubled past.

Despite measured performances from the gifted Gulshan Devaiah and the radiant Radhika Apte and the stray inspired moments in the plot, Hunterrr is as middling in its impact as the flawed male protagonist's attempts to be a stud.

The ambient elements in the film are far more interesting. The retro texture embedded in both the sound design and the visual compositions lend Hunterrr an off-kilter feel.

The sounds of the nineties and the early noughties are reflected through the voices of Bappi Lahiri and Altaf Raja.

In one scene, a cutaway away from a black and white portrait of Alfred Hitchcock on a wall leads to raucous cackle of birds on the soundtrack, an obvious reference to a film by the master of suspense.

Hunterrr has clearly been made by a cinema freak: all the more reason why it should have been a better film.

The promising premise at the heart of Hunterrr is marred by a loopy, laidback storytelling style.

The film is too long, too languid and eventually too loose to leave a lasting impression.