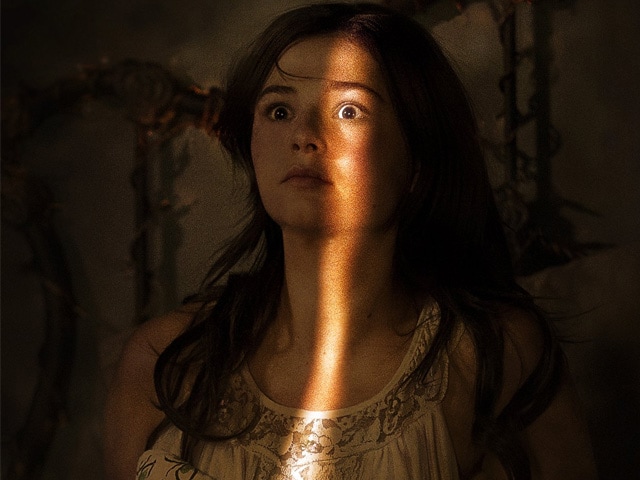 Written and directed by Leigh Whannel, Insidious: Chapter 3 is a prequel of the previous Insidious chapters. The incidents that occur in this film are "a few years before the Lambert haunting".

This story follows the Brenner family and reveals the medium, Elise's association with the technically savvy ghostbusters Tucker (Angus Sampson) and Specs (Leigh).

It starts off with a young wannabe actor, Quinn Brenner (Stefanie Scott) appearing at the door of the recently retired, Elise (Lin Shaye) hoping that she could help her make contact with her late mother, who died of cancer.

The medium dissuades Quinn from trying to contact the dead on her own. She tells her, "Do not do this yourself. If you call out to one of the dead, all of them can hear you".

Quinn returns home disappointed and still believes that "someone wants to talk to her, who is not here anymore". So, she attempts connecting to her mother on her own.

It is during her audition that she sees a figure waving out at her that distracts her focus. It's obvious that she fails the audition. And later, while she is walking on the road towards her friend's car, she is again distracted by this figure and this distraction leads to an accident that leaves her wheelchair bound with fractured legs.

It is while she is recuperating in her apartment that she experiences paranormal activities around her. Her father Sean (Dermont Mulroney) becomes alarmed by the extent of these paranormal activities that is causing his daughter harm. As Elise had refused to help them, he seeks the assistance of two novice ghostbusters named Tucker and Specs, in a futile endeavour.

The treatment of this film is more of an atmospheric horror drama than a straight up horror film. The pace is relaxed and slow, it builds its momentum gradually. The film picks up steam once Elise finally returns from her psychic retirement. She enters the realms of the other plane, "The Further," to save Quinn.

With a well-defined script, the performance of every actor is realistic, but devoid of onscreen chemistry. This results in their performance lacking in the requisite emotional impact, thereby rendering the output as a mere flimsy act. Stefanie as Quinn is not only good looking, but she also emotes well. Dermont Mulroney, as her father, lacks the paternal persona. Lin Shaye as Elise Rainer is fairly consistent.

The cinematography, sound effects as well as the production quality of the film are good and unfailing. The cluttered apartment, the creepy neo-gothic building and the eerie lighting, enhances the horror quotient. It adds to the viewing experience. It is the few but effectively well-timed jump scares that can rattle you mildly.

What starts off as an intriguing film ends up as an insipid horror tale that leaves no impact.