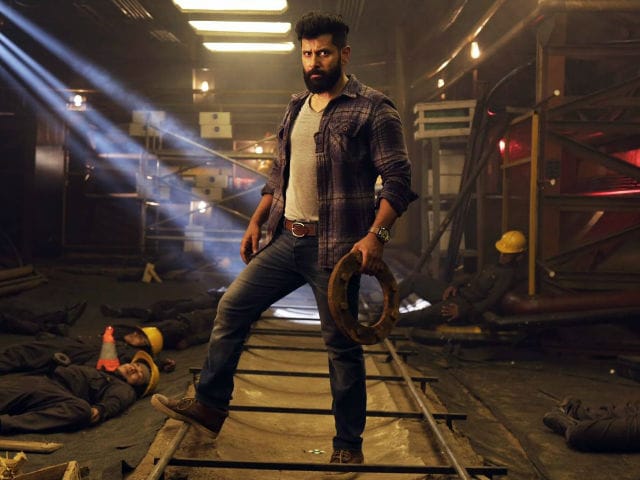 Anand Shankar's second film as director Iru Mugan opens in Malaysia with a hyped action scene straight off wannabe-Hollywood action thriller that seems to have been written by AR Murugadoss and directed by Shankar. A seemingly harmless, middle-aged man with Asian features - someone whom you would not bother giving a second look - breaks into a high-profile embassy and goes on a killing spree after sniffing on an asthma inhaler. Something about the writing or the staging reminded me of ARM, the filmmaker's mentor - done with a lot more oomph and style, but almost devoid of 'life'. And the action that follows isn't real and bloody. It isn't meant to shock us. It is shot in beautiful slow-motion frames, with carefully choreographed aerobic stunts. We aren't meant to go sick in our guts. We are just supposed to go "Wow, but why?" That's exactly how Shankar would have shot this scene, if he was on the final leg of shooting and running short of funds.


Despite all these attempts at making this particular scene 'audience friendly', it's definitely not a bad way to get things up and running for a hooking thriller. We get that there is a conflict with this drug. From here on, it's a child guess that there would be a cat-and-mouse chase. Obviously, someone needs to be put down before this magic potion breaks all havoc. And above all, from the trailers and stuff, we know that it would be a face-off between the two avatars of the lead man. But still, coming from someone like Anand, whose previous film Arima Nambi showed his flair in marrying the Hollywood style of suspenseful storytelling with Kollywood mainstream sensibilities without compromising on his ideals (to a large extent), I was expecting quite some fireworks even in the now-foreseeable face-off. And with the initial few scenes promising the opposite of the usual too-good-to-be-true, message-sprouting hero, all signs seemed to point towards a high-octane ride? When someone could compensate for lack of star power and stiff performances with atmospheric writing for almost a third of his debut film, what possibly could grow wrong with a star like Vikram, who would even volunteer to practice climbing The Everest, if offered the role of a (gay!) mountaineer? Apparently, everything could.

Well, at least that's what we see. Sometimes, we even feel sorry for the cast (more on that later) and the crew. It seems like the Murphy's law had struck. And in truth, it's the writing that had gone terribly flat. We are not for once shocked or surprised. But compared to the drab mediocrity that would unfold in the latter half, the first hour at least keeps us watching. The long-drawn out investigation culminating in the introduction of the much hyped 'Love', which must have ideally mimicked the effects of the aerosol 'Love' takes pride in, sadly doesn't work for us. The shots by RD Rajasekhar scream off Hollywood.


But ironically, our RAW officers go prancing around, dancing in beaches, when they are in the look-out for deadly criminals. Lots of opportunities for infusing tension are missed, letting things resolve in the most unimaginative ways possible, but we are still on the noose, waiting for Anand to disable cruise control and pull a trick or two of his own. Unfortunately, we only keep waiting, straining our ears to get Vikram's strained accent as the twisted genius, and trying to get a hold on the entire feigned attitude and calculated hamming.


But at times, it works, giving us an absolute peach of a moment, like the sequence where 'Love' breaks into the hospital. Vikram seems to be still trying too hard, but hits the spot brilliantly in an unexpected instance. But elsewhere, the character is so poorly written that it seems to exist just for the sake of being 'different'. Who is 'Love'? How did he become so well versed with chemicals? Why does he behave like a nut-crack when no one is watching? Is he a transgender by birth? Is he just an effeminate genius, who loves the male gender? How was he shaped? What drives his crimes, other than the money? But when we have a female lead getting cured of retrograde amnesia after taking a bullet into the hypothalamus just by sniffing a puff of powdered adrenalin, I guess none of it matters. A sniff of Love's wonder-drug 'Speed' is all it takes, to make all these work. But last heard, it's still illegal even in la-la land.