Jolly LLB 2 Movie Review: Akshay Kumar's film does well not to take itself too seriously. Scintillating? No. Enjoyable? Absolutely 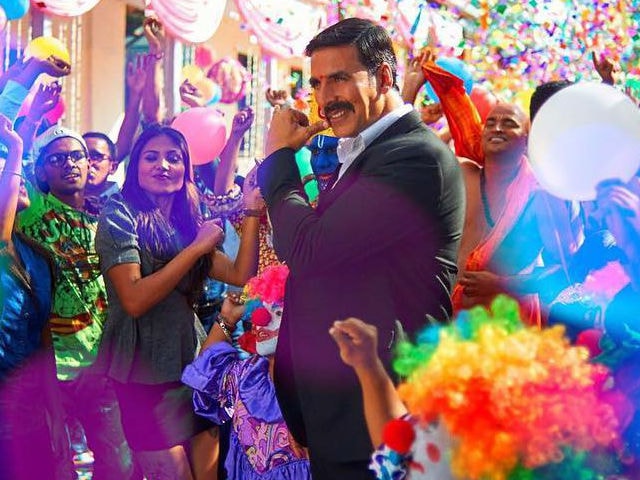 It is never be easy for a serious-minded courtroom satire that swivels around the grim reality of fake encounters to stick to a style steeped in wit and breezy humour without occasionally wobbling off its axis. Jolly LLB 2, caught in a cramped channel between gravitas and jest, does sometimes teeter dangerously close to straying on to shaky ground. But thanks to the politics that underlines writer-director Subhash Kapoor's flashier follow-up to his 2013 sleeper hit, Jolly LLB 2 is a film that makes important and relevant points about distorted law enforcement and justice delivery in a democracy of disempowered and oppressed constituents.

While the playbook that Kapoor employs here is largely the same as the one he used in the inaugural entry, the key personnel on board this time around, barring the notable exception of the fabulous-as-ever Saurabh Shukla, are a new lot.

That apart, the follow-up is set in Lucknow (although references to the city are beeped out on several occasions on CBFC orders). "Muskuraiye, aap Lucknow mein hai," a seasoned advocate requests his infinitely less experienced rival Jagdishwar Mishra 'Jolly'.

The latter, of course, has no reason to flash a smile, having got into a major emotional and moral tangle owing to one of the minor shenanigans he indulges in to keep himself going. Jolly LLB 2 does, however, have moments that are both funny and thought-provoking.

If only the film wasn't stretched so thin, its middle portions might have been far less dreary.

Its length sucks life and breath out of the film, rendering the scenes leading up to the climax rather limp. Matters are worsened by an underwhelming, tacked-on denouement.

The first time around, the director was driven purely by a spirit of creative independence. Jolly LLB 2, a 'bigger' production, plays more by rules that are skewed towards the needs of a mainstream audience.

With superstar Akshay Kumar stepping into Arshad Warsi's shoes, the film sheds its commercial underdog tag. In the bargain, it also loses out on some of the charming spontaneity that Warsi's natural comic flair had lent the legal drama.

Jolly LLB 2 loses out on some of the charming spontaneity

Although many of the scenes in this film, especially the protracted ones in the courtroom, are scripted and staged very differently from how they were in Jolly LLB, Akshay Kumar, to his credit, never loses sight of the need for restraint.

Playing a callow but cocksure lawyer not averse to bending the rules when he is in need of money, he aspires to free himself from the clutches of a legal eagle (Ram Gopal Bajaj) who uses him as an errand boy.

Reminded that a lawyer without a chamber is like a politician without a seat of power and an actor without a super hit, Jolly resolves to acquire an office of his own.

Desperate for cash to buy his dream chamber, Jolly takes a young, pregnant widow (Sayani Gupta) for a ride.

The repercussions of that careless act are so grave and he is sucked into an unequal battle against the city's most dreaded lawyer Pramod Mathur (Annu Kapoor).

It turns into an all-out fight to secure justice for a man wrongly accused of terrorism and slain in a fake encounter.

Up against a group of cynical cops and a legal system vulnerable to manipulation, Jolly has to summon up all his courage and wiles to find his around the daunting maze.

Saurabh Shukla is an absolute delight yet again in the role of the mercurial Justice Sunder Lal Tripathi. He conveys avuncular grace with as much ease as he does indignant exasperation. No matter what, his antics are rib-tickling.

Annu Kapoor strikes false notes occasionally, succumbing to the temptation of playing to the gallery. But Akshay Kumar holds himself back for the most part, enhancing the impact of his performance in the bargain.

Watch the trailer of Jolly LLB 2


The lead actor receives solid support from Rajiv Gupta as Jolly's assistant Bribal and Kumud Mishra as the ambitious, cynical police inspector who will stop at nothing for a promotion.

Sayani Gupta has only four-and-a-half scenes to make her presence felt. She does. And how!

Unfortunately, Huma Qureshi's character is hopelessly under-developed. The screenplay does not tap the full potential of either the actress or the role she plays.

Certain underlying elements give Jolly LLB 2 an intriguing spin. For one, it presents a crusader who is completely believable, warts and all.

Jolly does speak of, and even demonstrate, his physical prowess once or twice, but it is his tough cookie wife (Huma Qureshi) who has to jump to his rescue when he is shot at by two assailants in a marketplace.

What's more, Jolly cooks for his wife and makes arrangements for her when she is in the mood for a drinking binge. He obviously isn't the kind of hero we usually run into in Hindi films.

Jolly LLB also, tangentially, brings into its purview the vexed theme of young Muslim men falsely implicated in cases of terrorism and not given a chance in hell by a police and a media all too eager to brand and hang them.

The film also slips in allusions to the "anti-national" versus "patriotic" debate that dominates the political discourse in the country today even as it emphasizes the centrality of a free and fair judicial system in a polity controlled by the wealthy and the powerful.

If all this sounds too solemn for a mass entertainer, do not be put off. Jolly LLB 2 does well not to take itself too seriously.

It has the feel of a good-natured banter between friends rather than that of an inflated inquest conducted from a pedestal.