Looking for a film that delivers more than just superficial entertainment? Jugni is the end of your search 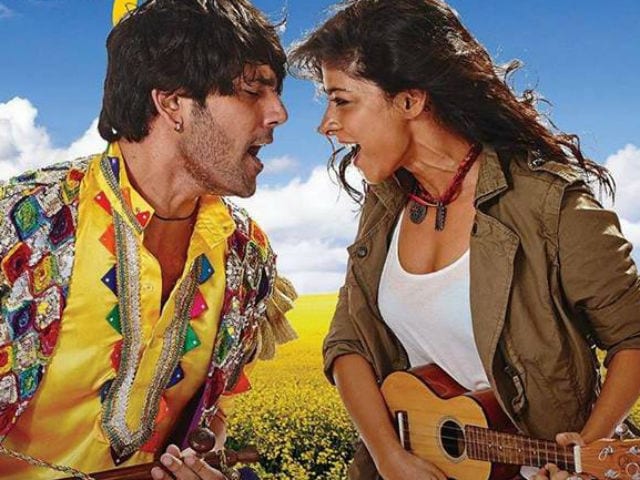 Mustard fields do occasionally loom in the backdrop - that is inevitable - but Jugni has a glow that instantly sets it apart from the average Punjab film that Bollywood produces.

It looks, feels and sounds different. It has no Bhangra routines, no wedding songs, no inane lyrics, and no semi-clad floozies.

What the beautifully nuanced Jugni film has is a meaningful, if somewhat thin, plot peopled with eminently relatable characters.

The story is in the main set in a tangible world where Sufi poetry and music hold sway. The songs and scenes are rooted in the soil.

The film's opening sequence itself, which unfolds with a lilting folksy song (in the voice of Vishal Bhardwaj) in the background, sets the stage for the free-flowing tale.

The superb musical composition and the unfussy unveiling of the essence of the story and its milieu - a Mumbai composer arrives in rural Punjab looking for an unsung folk singer - immediately establish the film's texture and tenor.

Into the central premise of a free-spirited girl's voyage of discovery, the director weaves several other thematic strands that enhance the depth of the tale.

Jugni alludes to the plight of impoverished folk artistes, takes swipes at an exploitative music industry, delves into the complexities inherent in a clash of cultures, and subtly addresses notions of morality.

The protagonist Vibhavari (Sugandha Garg), the female firefly of the title, undertakes a dual journey - one takes her away physically from her comfort zone, the other draws her steadily into a deeper understanding of her own being.

She is a music director at a loose end, unable to deliver what the director of her first big break in Bollywood wants.

So Vibhavari takes off in search of Bibi Saroop (Sadhana Singh), an earthy voice that she believes will help her music soar into the big league.

But before she can find Bibi Saroop, she runs into the veteran singer's equally talented son Mastana (played with impressive aplomb by debutant Siddhant Behl).

The latter's zest for life and the striking quality of his voice instantly resonate with Vibhavari.

Mastana, who on his part is looking for an escape from his anonymity, allows Vibhavari a completely free run of his world, much to the consternation of Preeto (Anurrita Jha), the village girl who loves him.

The no-strings-attached encounter between Mastana and Vibhavari triggers a creative friendship that quickly gives way to a deep personal engagement.

The young man takes the visitor on a trip that starts with a droll bhangra pop number (in the words of Bibi Saroop, a "bum-shaking'' song) and culminates in a Bulle Shah-inspired Sufi-Western fusion song that drives them into a trance.

Not every turn in this journey is equally riveting. Especially off-key is the track between Vibhavari and her live-in partner Sid (Samir Sharma).

In brief snatches, the film reveals the female protagonist's growing unease with the man in her life.

If this battle of the sexes is meant to convey the hollowness of showbiz and urban existence, it does make its point to a certain extent.

But these scenes do not stand up well in comparison with the rural passages of the story, which are invested with both energy and empathy.

Jugni just about works as a simple relationship drama. It is as an exploration of the power of music to heal hearts and fire the imagination that it genuinely gets going.

The nascent relationship between the village singer and the Mumbai composer culminates in a burst of unexpected and life-altering passion.

The experience changes the two individuals forever as they struggle to come to grips with the interplay of guilt and fulfilment.

In the midst of the larger issues of artistic assertion and individual freedom, love and longing take their own unpredictable course in this refreshingly non-judgmental drama.

The storyteller here, in the best tradition of Punjab's hoary love balladeers, creates a strikingly original narrative arc in which beginnings and endings overlap in surprising ways and where ecstasy and agony are two sides of same coin.

Its impact is heightened by a strong female protagonist who knows her mind, a clutch of super performances by rarely seen actors, and a soundtrack (music composer: Clinton Cerejo) to kill for.

Sugandha Garg, who is required to convey a wide range of emotions, is consistently on top her game.

Newcomer Siddhant Behl has strong screen presence and possesses the chops to go much further as an actor.

Looking for a film that delivers more than just superficial entertainment? Jugni is the end of your search.