The film is formulaic and predictable in structure 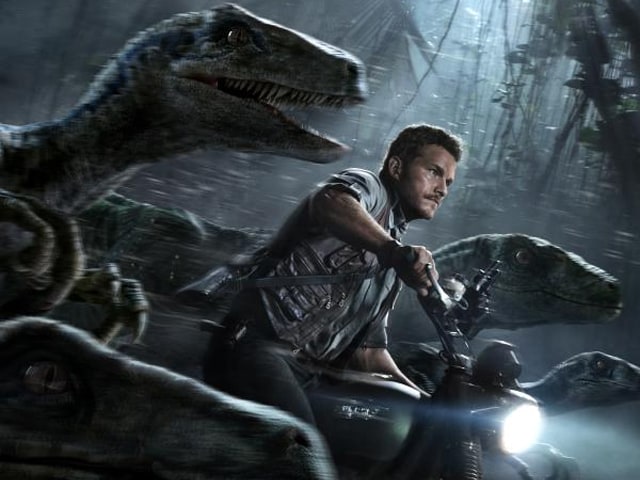 Steven Spielberg's Jurassic Park hit the marquee in 1993. That was a classic. Ever since, cinema and the universe have come a long way. The sequels that followed were genetically modified versions of the same DNA that includes the Jurassic World.

The premise, the theme and the plot of the tale is nearly the same, nothing much has changed except for the visual presentation and a few sub-plots. The 'Park' has turned into a 'World', and even though the novelty factor of the dinosaurs has lost its charm, this film which has been obviously scaled to epic proportions to appeal to today's audience, is sporadically entertaining.

The dip in profits makes Masrani crib. According to Claire, "The Park needs a new attraction to keep the place rolling."

It is about demand and supply, "consumers want them" hence the research and development team, headed by Henry Wu, are constantly modifying the genes of the dinosaurs to churn out new species. The latest attraction to be introduced soon at the park is the "$26 million asset" - the Indominus Rex, a variant of the big Tyrannosaurus Rex, who is bred in isolation.

The management's greed and the vested interests of various parties, which include a military involvement, is what leads to an undercurrent of tension in the plot. But the real problem occurs when the Indominus Rex escapes from its enclosure and goes on a rampage turning the theme park with its 22,000 visitors into a disaster zone.

The film is formulaic and predictable in structure. The first one-third of the film drags while establishing the setting. The narration gathers momentum when Claire's nephews are thrown in direct danger in the Indominus Rex's path. The tension builds up intermittently during the escape and rescue operation. The dramatic set pieces are outlandishly peculiar and amusing, but never frightening and the climax drags pointlessly.

Chris Pratt as action hero Owen Grady, the sarcastic wrangler, is charming. His spontaneous witty one-liners lend a comic relief. He along with Omer Sy as Barry his colleague and Ty Simpkins and Nick Robinson as Gray and Zach Mitchell, Claire's nephew, give a humane touch to the otherwise cut and dry narration.

Irrfan Khan plays the prominent role of Simon Masrani, the owner of the park. Though he acts well he is a misfit in the role. His weak voice and his not-so-strong personality does not befit the character he is portraying. Nor, with his features, does he bring any intrigue value to the character.

Bryce Dallas Howard as Claire, the CEO of the theme park, is perfunctory. So is Vincent D'Onofrio as Vic Hoskins, who is constantly eyeing the dinosaurs for military benefits. They, along with the rest of the cast, are the typical two-dimensional characters.

Director Colin Trevorrow has done a commendable job by delivering this colossal project which is close to the original. The visuals which include CGI images, VFX and 3D effects are astonishing and the background score accentuates the viewing experience.