In its totality, Kahaani 2, is far from perfect 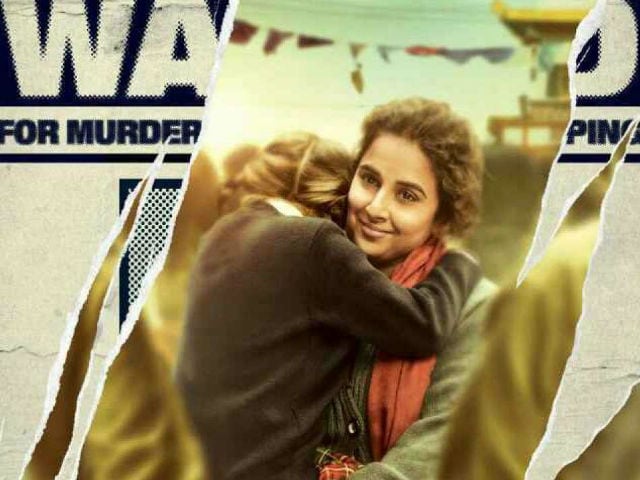 Two features define Sujoy Ghosh's Kahaani 2. One is Vidya Balan's compelling pivotal performance. The other is the steady, unfussy, unobtrusive camerawork that is at sharp variance with the frenzied filming style usually preferred by makers of Bollywood thrillers.

But nearly as important to the film's eventual impact is the coiled dynamism it packs into its kinetic two hours and a bit.

The storyline of Kahaani 2isn't as startlingly exceptional as that of its 2012 predecessor, but it harnesses the principal elements of the plot well enough not to let the missing pieces show up too glaringly.

The best thing about this film is that it wastes neither time nor footage. It plunges headlong into the lives of a middle-class working woman and her wheelchair-bound daughter (Tunisha Sharma), a teenage girl who is left in the care of a nurse in their nondescript rented home in Chandannagar.


The duo is days away from taking off for the US for the paralyzed youngster's treatment. But threats loom large over them and before anybody can figure out what is happening, their life takes a nasty turn.

Within 20 minutes or so, Kahaani 2 delivers a slew of shocks that send the female protagonist reeling - and force the audience to sit up and be fully invested in the fate of the two central characters dragged into a veritable twister.

Thanks to Ghosh's focussed screenplay and Namrata Rao's pace-enhancing editing, Kahaani 2 does not ever dilly-dally or fly off into distracting tangents.

The film leaps from one tense scene to another with dizzying urgency, in the bargain sustaining an air of menace well-nigh all the way through.

Kahaani 2 builds up intrigue and tension with sure strokes as the plot flits between two time-frames separated by eight years.

The one in the past unfolds in a Kalimpong school where matters are not quite right for six-year-old Mini (Naisha Khanna), an orphaned girl growing up in the mansion of her grandmother (Amba Sanyal) and uncle (Jugal Hansraj).

Eight years on, the action is located in Chandannagar and Kolkata, where matters are still as amiss as ever.

In its totality, Kahaani 2, is far from perfect. It is a taut, gripping and zippy drama punctuated with liberal doses of tension and intrigue, but it stumbles a touch on the home stretch.

To its credit, thanks to the overall directorial control that Ghosh exhibits, the film is never in danger of actually ending up on all fours.

The underwhelming denouement, which Kahaani 2 arrives at after a contrivance here and a coincidence there, does not take away much from the tempered flair that the director brings to the table in the lead-up to the climax.

In Kahaani, which, four years ago, set the ball rolling for what promises to be a series of standalone stories (and not just a string of sequels), Balan was fabulous as a woman on a life-and-death quest in Kolkata.

In Kahaani 2, which plays out in unembellished locations often in the still of the night, the actor is no less impressive in the guise of a lady on the lam.

Durga Rani Singh/Vidya Sinha is a woman with an unhappy past, her existence sullied by emotional scars that are too raw to live down.

The dark, disturbing story is about an innocent victim of a sexual predator, an accidental murderer, a fugitive from the law, and a small-town policeman deployed to solve the mystery.

The action is filmed (by DoP Tapan Basu) with a largely static camera that is predominantly placed at the eye-level of a seated spectator of average height.

This ensures that there are no gratuitous distraction as the thrills are delivered at breakneck, often disorienting, speed.

With the audience's attention rarely sought to be drawn to any particular point or element in a frame, the focus is allowed to settle on an evocative composite of faces, gestures and ambience.

Kahaani 2 stays clear of the standard Kolkata movie locations. So there is no Howrah Bridge, Victoria Memorial, Prinsep Ghat or boatmen on the Hooghly on view.

Instead, the film forays into hitherto unseen areas that range from the back lanes of the former French colony of Chandannagar to a dock in Ghusuri, Howrah.

In the role of Sub Inspector Inderjeet Singh, who dreams of a promotion and transfer to the police headquarters in Lalbazar, Arjun Rampal, who does his best to play down his Bollywood hero swagger, is effective enough.

Newcomer Manini Chadha, cast as the cop's wife, is a promising addition to the industry's talent pool. With a little more honing, she should be ready to take on meatier roles.

Kahaani 2 is what it is because of the power that Vidya Balan lends to it with a star turn that hinges on controlled underplaying. She surrenders herself completely to the character.

Whether she is a frumpy school staffer passing herself off as a teacher or a battered and bloodied woman on the run, Balan is never less than astonishingly convincing.

As far as thrillers go, Kahaani 2 isn't the last word. But it certainly isn't the same old story. Its understated style and riveting core make it well worth a watch.

Watch the trailer of Kahaani 2: