Kapoor And Sons is a winner all the way. 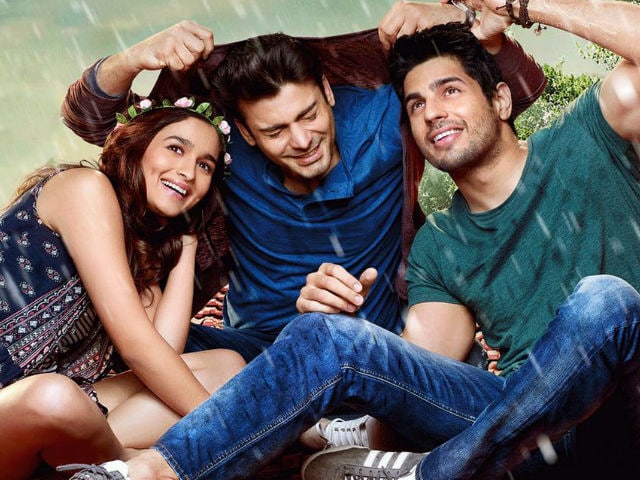 Half a dozen key characters, one boisterous family and a clutch of unresolved inter-personal issues are the components that propel Kapoor And Sons.

Director Shakun Batra keeps it all on a tight leash and skillfully mines the multiple conflict points as much for the humour inherent in them as for the dramatic frisson that they generate.

Kapoor And Sons is intense and incisive in its observation of human inadequacies but is always entertaining.

Cinematic sagas about dysfunctional families usually tend to fall into the trap of predictability. Kapoor And Sons doesn't.

It keeps springing little surprises all the way through, so much so that at times it is hard to believe that this has emerged from the Karan Johar stable.

There is a 'Ladki beautiful kar gayi chull' in here, but Kapoor And Sons steers clear of the 'It's the time to disco' and 'Where's the party tonight' variety of storytelling.

It proffers more than just skin-deep enticements in telling a relatable story about individuals running away from themselves and from each other.

The three lead actors are natural charmers and Batra loses no opportunity to make capital out of their looks.

But the people that he makes them play are well-rounded, real and prone to all the frailties that the flesh is heir to.

What stands out in the bold, breezy and emotionally engaging Kapoor And Sons is the freshness of its approach to the themes of stressed filial ties, the flight of time, and the indelible scars that mistakes and misgivings leave on hearts and minds.

While Batra works largely with characters and situations that one might have seen on the big screen before, he brings sustained cogency and restraint to bear upon the manner in which the tale unfolds.

Two brothers who don't see eye to eye may not sound like a terribly novel plot device.

Neither, actually, does all the background noise produced by a bickering pair of ageing parents who have had enough of each other.

And, then, what of the quirky grandfather who suffers a heart attack and compels the separated siblings to head back home to be by his hospital bedside?

The principal pieces might be all too familiar. The methods employed to put them together and play them off against each other is anything but.

Kapoor And Sons is obviously the story of a mercurial Punjabi family but not once is the word 'Punjabi' mentioned in a line of dialogue, which gives the film a ring of universality.

This could be the story of any family anywhere and that is what makes Kapoor And Sons special.

The screenplay by Ayesha Devitre Dhillon and Shakun Batra probes aspects of human nature that are rarely touched upon in more facile Bollywood fare.

The older of the two male siblings, Rahul (Fawad Khan) is a successful writer based in London. He is hot property in publishing circles and a literary agent is after him to deliver his next book.

The younger, Arjun (Siddharth Malhotra), also an aspiring novelist, is a footloose drifter who works as a part-time bartender in New Jersey.

The latter has a massive chip on his shoulders stemming from what he believes is his parents' inability to warm up to his aspirations.

Equations between the two brothers are uneasy at the best of times. Matters take a turn for the worse when the chirpy Tia (Alia Bhatt) walks in and appears to catch the fancy of both Rahul and Karan.

None of the Kapoors is a perfect individual above resorting to lies, subterfuge and flashes of terrible rage.

But they are all absolutely human - capable as much of over-reaction as of forgiveness.

Looking in from the outside, his unobtrusive camera allows the audience to be drawn into the inner world of this family that, in its imperfections, reflects us all.

Editor Shivkumar V Panicker gives the film a rhythm that helps its 140 minutes fly by without weighing heavy.

On the acting front, Fawad Khan steals the show with an impressively modulated, confident performance as an achiever condemned to perpetually carry the burden of expectation and hide his true self behind a wall of falsehoods.

Siddharth Malhotra pales a touch in comparison because his character is less layered. But within the limitations placed on him by the script, he never fails to put his best foot forward.

Alia Bhatt lends the free-spirited and fun-loving Tia impressive malleability. In the emotional scene in which she reveals a tragic turning point in her life, she switches gear effortlessly.

Rajat Kapoor and Ratna Pathak are in fine fettle as the jaded man and wife who have drifted apart irretrievably.

Rishi Kapoor, notwithstanding the overdone prosthetic makeup, is perfect in the guise of the full-blooded nonagenarian that nothing can stop.

Kapoor And Sons is a winner all the way.