Kill Dil could have been a killer film. It isn't 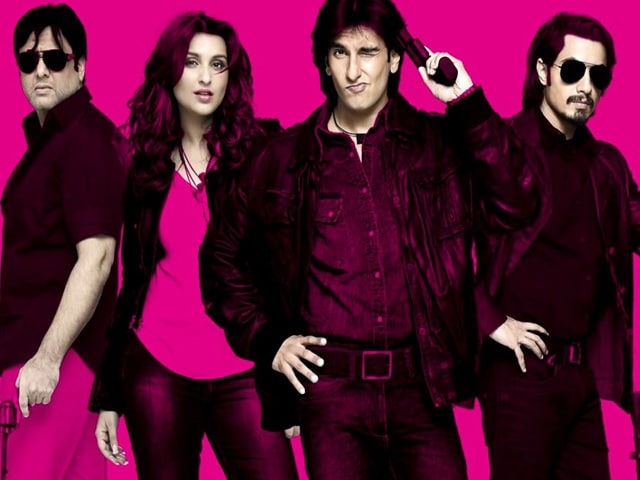 A stylishly shot and neatly packaged action caper, Kill Dil could have been a killer film. It isn't.

It simply doesn't have enough soul and substance to be able to go all the way to the finish line with its grand design in one piece.

In one scene, on a wall of an insurance company's boardroom, he hangs a portrait of Hindi cinema's most iconic mother, Nirupa Roy, under a nameplate that reads 'Founder'.

His ideas may not be quite as ancient as the much-revered character actress that he invokes, but much of the material that Ali juggles with in Kill Dil belongs firmly to the past.

Remember all those 'No Vacancy' montages that would pop up every now and then on our silver screens in the good old black-and-white era, with the unemployed hero wiping the sweat off his forehead after each job rejection?

Kill Dil has its own variation on the theme: the protagonist, having traded his gun for a fake graduation certificate, hops from one place to another desperately looking for employment. Predictably, he is summarily ticked off by stand-offish interviewers and sent packing.

But don't forget that we live in a "new and shining India". So the guy does eventually get lucky with a character played by a suited and booted Alok Nath (who else?).

The director, on his part, banks upon his only trump card - lyricist Gulzar's evocative lines, some of which are rendered in the poet's resonant voice - to hold the thin narrative together.

But neither the surfeit of songs nor the quirky storytelling devices that Ali employs to liven up Kill Dil can prevent the dagger of futility running right through the heart of the film's aspirations and draining all life out of it.

A hackneyed plot is the undoing of Kill Dil. Have a good look at the poster on the way out: the slash between the two words in the title is about the only thing that eventually stands out.

All the other slanted strokes that are thrown into the film fall flat on their bellies.

From the garbage dump to the heights of the underworld - their journey is swift and sans hiccups.

At their boss' behest, the two buddies kill at will and then count the stars in the sky in the belief that those that they dispatch to hell end up somewhere in the firmament.

Trouble erupts when one of the two shooters falls in love with a wealthy girl (Parineeti Chopra), whose day job is the rehabilitation of ex-convicts.

The pretty girl casts a spell and the lover boy wants to opt out of the life of crime he is trapped in. But his mentor is hell bent on preventing him from making a clean exit.

If that doesn't sound all that original, sample this: Kill Dil is actually a 'love' triangle with an accidental difference.

It is a ménage a trois in which a boy loves a girl, but the boy's benefactor loves the boy even more and refuses to set him free.

So that nobody misses the point, the film even has a song staged in split-screen glory: the boy sways in gay abandon with his lady love while the angry and oh-so-sad gangster dances with his men in his den, pining for his right hand man.

Talking of songs, Kill Dil has one for every occasion. The characters sing before a kill, after a kill, at a birthday party, during Diwali festivities, when love happens, and even when a reformed criminal hunts for a regular job.

By themselves, the songs make perfect sense, thanks to Gulzar's lyrics and Shankar-Ehsaan-Loy's music.

But in the context of the pace of the film, they are eminently avoidable speed-breaking irritants.

Govinda in an all-new mean, if not lean, avatar is interesting, but that is about it. He still seems to be most at ease when he is allowed to tap his feet.

Fluff is Ranveer Singh's forte. He is good when he is playful; passable when he has to pull off heavy-duty emoting; but best when he is required to be only a bundle of energy.

Ali Zafar's overly affable presence does not quite gel with the cool-cat, ruthless gunman that he plays.

Parineeti Chopra isn't obviously cut out for the sultry siren act, but all she needs are the little moments when she is allowed to be real - like when she proposes to the boy she loves atop Qutub Minar - to demonstrate why she deserves meatier roles.

Watch Kill Dil if you have plenty of time to kill. It is unlikely to deliver much joy to your dil, though.