Director Matthew Vaughn has no interest in, or perhaps understanding of, violence as a cinematic tool 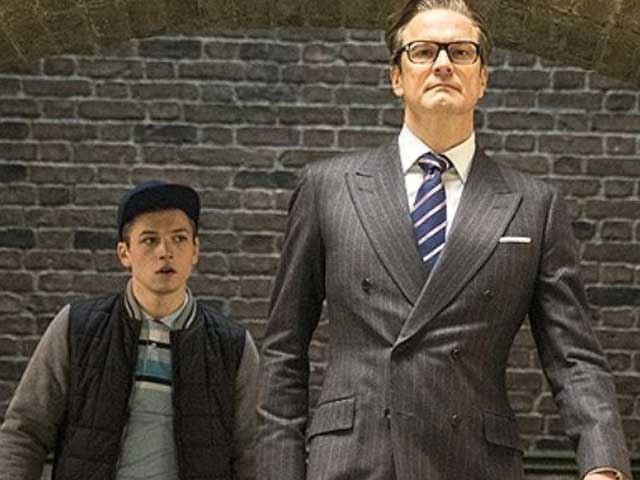 If you don?t mind the church full of parishioners who are slaughtered to the sounds of Lynyrd Skynyrd?s ?Free Bird? or the ?Arab terrorists? who are blown to smithereens or the guns that are pointed at pet dogs or the human heads that explode like firebombed melons as Pomp and Circumstance plays, it may be possible to enjoy Kingsman: The Secret Service. That said, as this bludgeoning movie grinds to a halt, its gears clogged by viscera and narrative overkill, even those who enjoy go-go gore may end up yearning for the soft touch and subtleties of Guy Ritchie.

British director Matthew Vaughn first came to attention as a producer on Lock, Stock and Two Smoking Barrels, Ritchie?s jokey, blunt-force gangster caper. Vaughn then went on to direct a Ritchie-esque gangster flick of his own, Layer Cake, now best remembered for Daniel Craig?s star-making turn. Since then, Vaughn has directed the ultraviolent Kick-Ass movies and a franchise reboot (X-Men: First Class), both of which have raked in enough cash to assure that he?ll be running amok for a while. He?s developed into an adequate if often generic manager of action and bodies, but his real talent is for delivering extreme violence with a shrug and a smile.

The problem is that Vaughn has no interest in, or perhaps understanding of, violence as a cinematic tool. He doesn?t use violence; he squanders it. Some directors overdo it with crane shots, close-ups and dissolves, but Vaughn gorges on splatter, splashing rooms with red until it?s the only color and emotional note left. His love for guns and guts at least made sense in the Kick-Ass movies, mondo fairy tales about a child killer who locks and loads on the run. But his lack of modulation ruins Kingsman, which is based on a comic book by Mark Millar and Dave Gibbons, and was written by Vaughn with his frequent collaborator Jane Goldman.

That?s too bad, because someone here has assembled a fine cast led by Colin Firth, who plays a spy in an agency hidden behind (and beneath) a Savile Row tailor shop where he swaps tradecraft secrets with Michael Caine, Mark Strong and the charming newcomer Taron Egerton. A lisping Samuel L. Jackson plays the villain, an American zillionaire with a henchwoman (Sofia Boutella) who, like Oscar Pistorius, uses leg prosthetics, though ones that are sharp enough to slice a man in half as cleanly as if he were an overcooked Easter ham. Nothing excites Vaughn as a director more than turning this chick loose, especially in slow motion with a gun in her pretty hand.