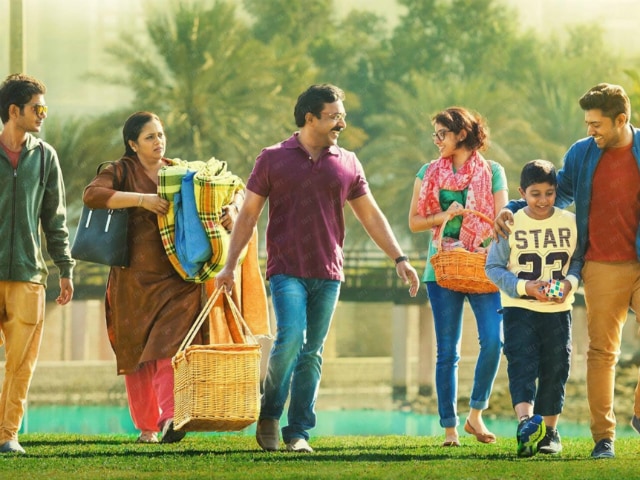 Is everyone listening? That is the question that Vikram Bhatt's Love Games asks upfront in the form of a song.

But the subsequent lines of the number give the game away: "Roses are red, violets are blue/Sex can be messy and love can be too."

Oh yes, the film leaves no room for doubt on that score. And it isn't the flowers that queer the pitch; it is the standard love-and-lust potion that spoils the broth.

The outright puerile meets the unabashedly sleazy in Love Games, an adult thriller about people with fast cars and faster lives that has neither pace nor tolerably interesting characters.

The plot relies solely on random devices to create tension between three individuals grappling with their inner demons and outer desires.

Ramona Raichand (Patralekhaa) is a ruthlessly manipulative and oversexed social climber who will stop at nothing to get what she wants.

The film opens with the death of her husband, a wealthy old man who falls out of his Mumbai penthouse.

While it is pretty obvious that the unnatural demise is going to come back to haunt Ramona before the film ends, the lady is not interested in pretending to be a sad widow.

Ramona has a hot toy boy to play with. But this guy, Sameer Saxena (newcomer Gaurav Arora), son of a stinking rich tycoon, is not a happy soul either.

His mom has left his dad for another man and Sammy boy has taken it very, very badly.

Love, he believes, is only a word and lust is all that counts. So he is into sex and drugs.

But that's not all. He also revels in inflicting physical pain on himself.

He has, in the words of his verbose shrink, "abandonment issues" which compel him to resort to "self-harm".

Amid the slurpy smooches and the insufferable psycho-babble, Ramona and Sam decide to play silly love games that involve swapping partners.

The first to make a successful strike gets a week's supply of coke by way of reward.

They target the most-in-love couple at rave parties and proceed to seduce the smitten twosome away from each other and into the wrong beds.

That is only part of the story. Things turn even messier when one of the married women that Sam hits on at a party proves to be worth much more than a one-night stand.

She catches his fancy just enough for him to want to wriggle out of his complex arrangement with the feisty Ramona.

This woman is Alisha Asthana (Tara Alisha Berry), a cardiac surgeon married to a criminal lawyer-husband who subjects her to severe domestic violence.

Sam's growing feelings for Alisha upsets Ramona no end, triggering a chain of events that lead to more murders and sexual misadventures.

None of these three characters, despite the mayhem they unleash and the noise they make, leave no lasting impression.

The reason is as much the shallow, stilted spiel they hurl at each other as the uneven quality of the acting.

The characters spout lines like "I am addicted to winning" and "Clients like lawyers with pretty wives". That is how superficial it gets.

In the run-up the climactic twist, one of the two women inevitably takes recourse to the Bard. Hell hath no fury like a woman scorned, she intones in all seriousness.

The other retorts: "Please, I don't like Shakespeare-type of English."

But you like murder, the first lady shoots back. Oh no!

Both the women have reason to be cross with the world. One has seen the worst: an alcoholic and violent father, an abusive uncle, a suffering mother and an exploitative boyfriend.

The other, an apparently happily married woman with a successful career, takes the beatings of her husband lying down because she fears that he is too powerful and well-connected to be confronted and put in his place.

Quite apart from the fact that their motivations and the magnitude of their transgressions are laughably cliched, these deviants that drive the story are half-baked, contrived characters.

As for the acting, the less said the better. The obviously promising Patralekhaa, saddled with a dodgy accent, tries far too hard to do justice to the role of the amoral femme fatale. The effort shows.

Tara Alisha Berry is pretty much in the same boat. No matter what she does, there can be no rising above this insipid screenplay.

Debutant Gaurav Arora, despite reasonable screen presence, makes a complete hash of trying to balance the boyish with the bad-ass.

Love Games is a Vishesh Films offering. So it does not lack surface gloss. But it simply isn't enough to hide its lack of depth. Best avoided.