A couple of mass moments and some quirky humor apart, there 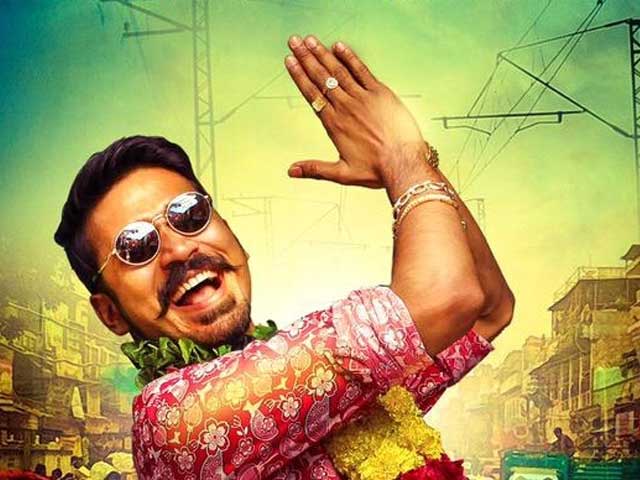 Maari, written and directed by Balaji Mohan, probably seems like a painful reminder from a promising director and the ace actor, that too much of hope is a dangerous thing, after all.

Yes, we know we have made content driven movies, but you shouldn?t be going to the cinemas expecting intelligent conflict and innovative treatment every other time. Sometimes, you need to deal with the fact that all cinema is essentially business, and even a shallow and dull larger than life celebration of the lead could serve the purpose. Though they are not saying it out blatantly, we can hear it aloud in the callousness with which the repetitive ?slow motion? heroic walks, never-ending action sequences sending goons floating in orbit and painfully tiring punch-lines pad the narrative.

Yes, ?going commercial? might be one way of putting it, but coming from Balaji Mohan, it does disappoint. Why? Vaayai Moodi Pesavum established Mr Mohan as a thoughtful filmmaker, who despite his shortcomings, never underestimates his audience nor fails to push the envelope in every possible instance. Creating detailed character arcs for supporting characters and generating quirky laughs out of the most unexpected sequences is no mean thing. Unfortunately, very little of that Balaji Mohan is seen in Maari. Attempting a ?star-action? genre is certainly no excuse for some lazy writing and loads of predictability. Yes, there are a few director?s touches, but being so far apart, are they enough to make us sit through hours of endless ?been-there-seen-that? heroism? Even if the star is the lively Dhanush, son-in-law of Rajinikanth.

Speaking of Dhanush, he almost repeats his act in the second-half of Velayilla Pattathari for the entire movie in Maari. But the differences are obvious. Half an hour into VIP, we could sense ourselves involuntarily getting drawn into its characters and the integral conflict. Here in Maari, we are never able to invest in the protagonist till the end. Not only was VIP a welcome departure from the template of the ?mass hero? movies - at least in the first half - but more importantly it had an instantly likable and relatable lead who oozed an infectious energy in every frame. Yes, Dhanush repeats some of the magic with loads of attitude and effortless ease in Maari, but how much of the same thing can we take? In VIP, we saw Raghuvaran through the eyes of his mother, his father, his brother, his lover and his boss. Some of the film?s issues start only after the performer turns the star. But in Maari, he comes across as excessively macho and indomitable right from the start, and after a point ,all his emotional conflicts seem to become totally inconsequential. The only thing that seems to matter is how awesome he is as a rowdy.

There is no real intent in establishing a character arc for him and setting up a narrative that keeps us guessing. Very rarely does the protagonist say or do anything that brings us to the edge of our seats, waiting for more. The emotional repercussions are hidden so deep they?re hardly discernible, and what?s on the surface is a generic mix of some smartly written humor, predictable drama and flimsy build up for action. There?s not a single thing that?s new or exciting, if you are not interested in watching shots of Dhanush walking towards the camera in all angles, after mouthing some one-liners for his fans. There is actually an interesting plot involving pigeons, but it?s never really incorporated into the primal scheme of things.

There?s a stretch where Maari almost accepts defeat and contemplates abandoning his passion. But then, out of the blue, something magical happens. Ideally, we should have been overwhelmed, but the scene passes without an impact as we are never really shown how much that means to him. Yes, we are told but we aren?t shown. The moment is not milked. And yes, it makes a difference. Instead of escalating the stakes, the film resorts to muscle flexing at the slightest excuse, making it a tedious affair after some time.

As expected, Balaji Mohan again displays a flair for situational light-humor with his characterization of ?Sanikizhamai?, one of Maari?s sidekicks, played with terrific timing by Robo Shankar. It is in fact Robo?s quips that keep the film from going abysmally generic at times. Mohan dishes out a couple of typical ?masala? moments here and there, but everything has d?j? vu written all over it. Needless to say, Dhanush acts his heart out again. The spontaneous hilarity and the bubbling energy the actor-maker duo is able to generate out of ordinary sequences with strategically placed dialogues and mannerisms works once. But when repeated all over again and again, it becomes all becomes pretty formulaic.

Ideally, Maari?s writing warrants it to be a one hour film, at the maximum. Take away the cutaways to song sequences that serve no purpose to the narrative continuity, the stretched whirlpool of superhero fist fights, the ?on-a-loop? punches that keep coming in different modulations, the generic villains and the slow-mo walks of fame, what you get is disappointingly generic, despite having a grey-shaded protagonist. Coming from a less talented actor and a less ambitious maker, we could have settled for this as ?run of the mill? entertainment. Yes, the star is in fine form; but that doesn?t justify the lack of conflict building, with everything looking conveniently preordained.

A couple of mass moments and some quirky humor apart, there?s nothing in Maari to justify the much-anticipated Balaji Mohan- Dhanush collaboration. But, the delirious fans seem to think otherwise.