Maatr Movie Review: All the intensity that Raveena Tandon brings to bear upon this outing is completely misdirected 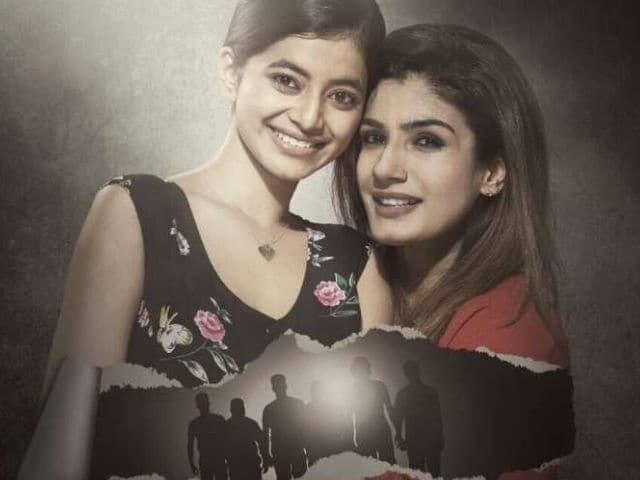 Icky intemperance is the outlining quality of Maatr, a rape-and-revenge thriller featuring Raveena Tandon in the guise of a moping mom on a killing spree. Violence against women and its repercussions supposedly constitute the film's thematic thrust. All that it manages to be is a tediously predictable, manipulative potboiler of the I Spit on Your Grave variety sans the 'video nasty' tropes.

Little is likely to come out of Raveena's comeback role no matter how heavy-duty the wounded woman persona might sound on paper. She certainly isn't to blame for the film's pulpy quality. Despite being saddled with a sketchily written character, the veteran actress gives the role her best shot. Sadly, her best simply isn't good enough to salvage this annoyingly egregious film.

A little more than a decade and a half ago, in Kalpana Lajmi's Daman, Raveena was a timorous, if screechy, victim of domestic violence (a performance that controversially fetched her a National Award). In Maatr, helpless victimhood is replaced by murderous rage. But all the intensity that she brings to bear upon this outing is completely misdirected. 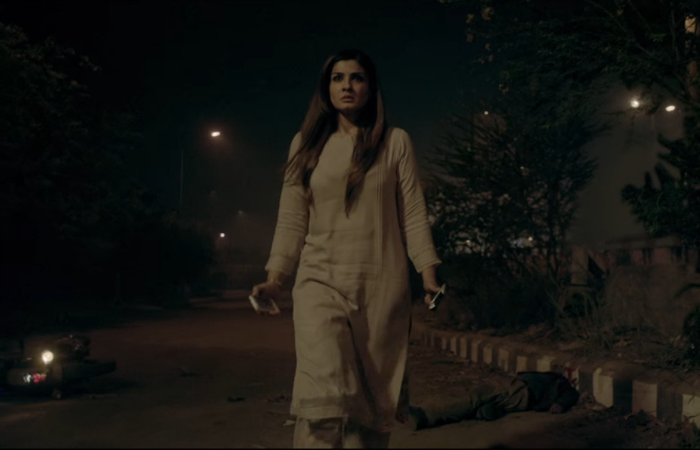 Maatr, like most other Bollywood films about sexual violence, is set in Delhi-NCR. Its aspirations, however, appear to be universal. Its writer (American film producer Michael Pellico) and director Ashtar Sayed seek to address the vulnerability of women in a world in which wild men roam free and get away with rape and murder.

The vile wrongdoers in Maatr, led by Apoorva Malik (Madhur Mittal of Slumdog Millionaire and Million Dollar Arm), son 0f the Delhi chief minister (Shailendra Goyal), receive their comeuppance in deservedly painful circumstances. But that doesn't help matters at all. The film is so crudely melodramatic and ludicrously simplistic that none of the principal characters registers his or her presence firmly enough. The manner in which the screenplay approaches the inter-personal relationships between them is even more casual.

The protagonist is Vidya. She is a conscientious schoolteacher. She takes pride in teaching her wards about the exploits of great men of Indian history and mythology, from Lord Rama to Raja Ram Mohan Roy. But the urban dystopia that she lives in is swarming with vermin too venal to be deterred by the law of the land.

Seven such men brutally pounce on Vidya and her only daughter on a dark, lonely stretch on the outskirts of what looks like Gurgaon. The duo is on the way back home from their school's annual function where the Rama-Ravana duality in all men is duly dwelt upon. The mother survives the assault, the daughter loses her life.

Watch the trailer of Maatr:


Predictably, the rapists are beyond the reach of the long hands of the law, represented by Inspector Jayant Shroff (Anurag Arora) who belongs to the Tughlaq Road police station but has a free run of the entire city as if he were the only cop in the national capital region.

Vidya decides to take the law into her hands and dispense her own brand of justice. It isn't a pretty sight. Maatr is more intent on shocking the viewer than on provoking any form of serious introspection. By advocating extreme methods to deal with rapists, it only ends up wallowing in the lawlessness and culture of impunity that breeds predators in the first place.

The lone-wolf cop detailed to crack the mystery of the series of deaths in town is laughably cavalier. He admits more than once that he has an inkling of what exactly is going on. But he thinks nothing of suggesting that he is fine with looking the other way even as Vidya's bloody score-settling strikes turn increasingly violent.

The chief minister, faced with the rising body count, wonders how a woman can cause so much devastation. "Woh ek aurat hi toh hai," he says. This is so typical of Bollywood's current spate of feminist flicks: women have to shed their perceived weaknesses and mimic men in order to count for something. Else they are mere playthings to be toyed with and discarded. 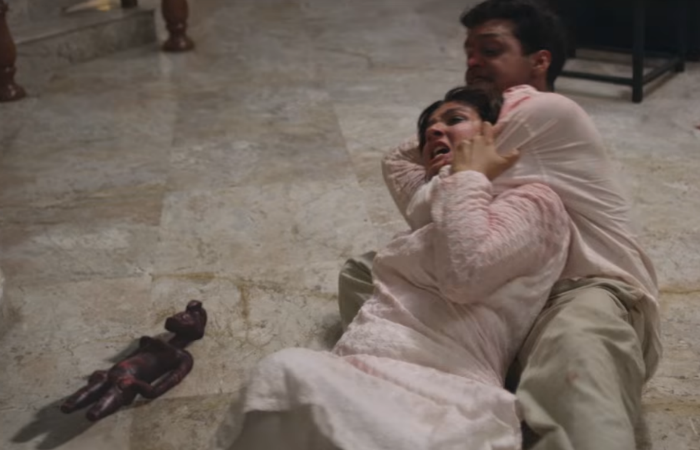 Maatr Movie Review: A still from the film

The film has two men who sum up flawed masculinity. The principal villain is the depraved Apoorva Malik. Vidya's estranged husband is the unctuous Ravi Chauhan (Rushad Rana). While the former struts around without a fear in the world owing to his father's position, the latter is a moral weakling of the worst kind. He blames his wife for the death of their daughter, announces that he is walking out on her and then, without blinking, asks her pass the bottle of ketchup.

Just as half-baked is the character of Vidya's confidante Ritu (Divya Jagdale), a loquacious painter who loses no opportunity to preen at her successes even as her friend grapples with serious trauma and emotional distress. She comes across as inordinately chirpy and cheerful given the delicate state of mind that the anti-heroine is in.

Subtleties and nuances are obviously beyond Maatr. It deals solely in broad strokes. No matter how much slack you are willing to cut this film, it will still need some more in order to have its glaring gaps glossed over. It's never easy to disguise a garbage dump.