Machine Movie Review: This machine is neither mean nor lean. The racket that it makes is deafening and brain-numbing. The ideas that it rolls out consistently fly in the face of logic and common sense. 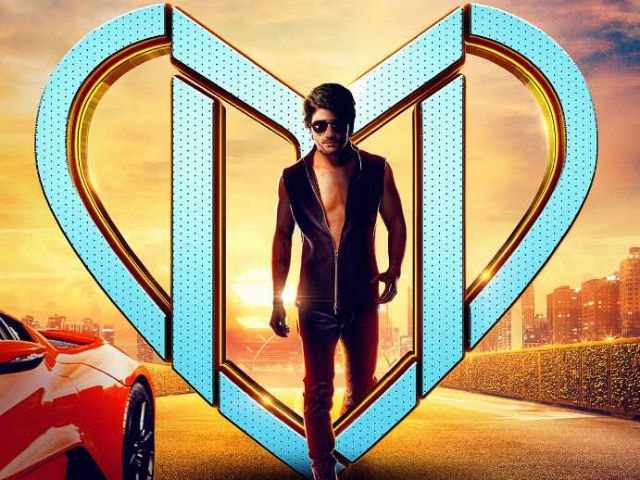 Machine Movie Review: Mustafa is a poster of the film

There is a college somewhere in Himachal Pradesh. It is called Woodstock. It seems to have only one active teacher. This lady is anyways a class apart. When she decides to stage William Shakespeare's Romeo and Juliet with her students, she not only disembowels the timeless tragedy of the Bard's language - "we are doing a musical, we don't need words," she announces to her wards - she also appends a scene to the play and names it 'the Heaven Act'. The nerve of the blissfully ignorant! Needless to say, the performance is hell, a full-on travesty. That is a malaise that afflicts Abbas-Mustan's Machine as a whole. This machine is neither mean nor lean. The racket that it makes is deafening and brain-numbing. The ideas that it rolls out consistently fly in the face of logic and common sense.

Machine is an unmitigated disaster. It is cranked with such a heavy hand that its hastily cobbled-up parts come off their sockets even before the rough-hewn contraption can heave itself to any sort of life. Broadly, it tells the story of a man obsessed with money, a boy obsessed with his dad, and a girl obsessed with a lover/husband who has wronged her and hanged her out to dry. Fast cars, terrible songs, including two remixed retro numbers, and corny dialogues worsen matters to such an extent that even at its least trashy Machine is insufferable.

Abbas and Mustan are clearly caught in a time warp. Time was when they could do no wrong. The filmmaking pair who built their career around plots filched from Hollywood set the likes of Shah Rukh Khan and Akshay Kumar on the path to superstardom. But that was a quarter of a century ago. Back then, the world was a markedly different place. And so was Bollywood. Machine, a launch pad for Abbas' son Mustafa, has come many years too late. It is a creaky, outdated concoction that proffers an awkward mix of car racing, music, romance, crime and retribution.

Machine retreads formula tropes that, by all reckoning, went out of vogue in the last millennium. They look completely out of place in a film that aspires to give Bollywood a male star of the future. Mustafa plays an anti-hero who is accused by the heroine of being a machine - heartless. This charge is levelled against him in the dying minutes of the film. But it doesn't take the audience that long to figure out that Machine is pure drivel - mindless and pointless.

Watch the trailer of Machine:


The hero Ransh and the heroine Sarah (Kiara Advani) get married less than an hour into the film. So it becomes amply clear that Machine is not going to hinge on the culmination of young love. It is the passion that they share for car racing that brings Ransh and Sarah together. But before the two can tie the nuptial knot, Ransh has to address the small business of dealing with two rival suitors, one of whom is the feeble Aditya (Ehsan Shanker, also making his debut). That apart, the boy has to convince the girl's dad (Ronit Roy) that he is the right man for his daughter. "I love your attitude, my boy," the old man rules.

In the lead-up to the wedding, Ransh swears undying love to Sarah. Amid an exchange of puerile lines like 'I have nothing to lose', 'I love surprises' and 'first love burns the brightest', the hero comes up with the mightily flighty "Main tumhare hothon ke lipstick ko zaroor kharaab karoonga, par aankhon ke kaajal ko kabhi nahin (I will mess up your lipstick all right, but never the kohl around your eyes)." But the eyes, lips and the brain quickly take a backseat as Ransh proceeds to do the sort of things that bring Baazigar darting back to mind.

The plot does spring a few mild surprises but is unable to create any real tension or suspense. One thing follows another ending up in a bizarre climactic heap. Machine is purportedly a thriller about jealousy, obsession, greed and betrayal, but given the slapdash manner in which the film plays out (parts of it unfolds in Batumi, Georgia), it is a complete washout.

The cast of the film includes veterans like Dalip Tahil and Johnny Lever (in a comic cameo as a policeman) as well as Cape Town model and former Kingfisher calendar girl Carla Dennis. Lever hams it up unabashedly while the rest of the actors, including the lead pair, look completely out of sorts. Kiara Advani has had a few shots already at stardom - there is no way that Machine will hasten her climb up the ladder. If Mustafa is to have a realistic chance of breaking into the Bollywood big league, he would need much more than this scattershot effort to make headway.

Even if you were to walk in with zero expectation, the two-and-a-half-hour Machine would still be a massive letdown. It's a non-starter best left alone.