But the film, in the end, isn't half as amazing as Dashrath Manjhi's life was. 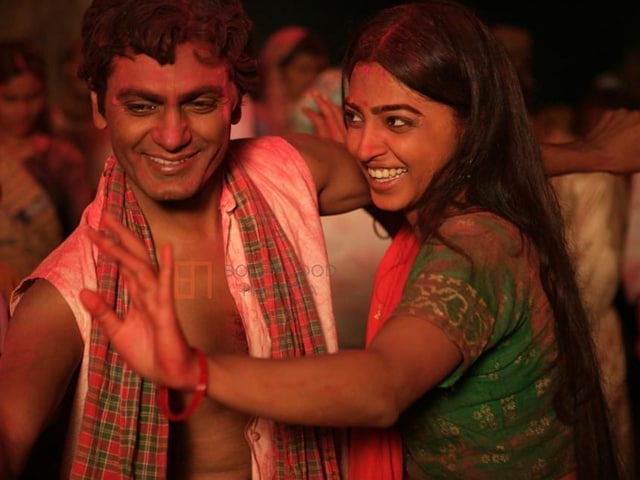 Director and co-screenwriter Ketan Mehta brings the stranger-than-fiction true story of mountain man Dashrath Manjhi to the big screen with the aid of dollops of drama.

This approach, which liberally draws upon the Bollywood narrative idiom in structuring a tale rooted in harsh reality, might make Manjhi - The Mountain Man more accessible to a wider audience.

However, the film's emphasis on stock conventions (obtrusive background score, overwrought melodrama, dream sequences, et al) undermines the sheer force inherent in the rousing saga of a man who brought down a mountain to build a road through it.

Nawazuddin Siddiqui, despite his mutable accent and the meandering storyline he is saddled with, invests the pivotal character - a poor, oppressed but rebellious landless labourer of Gehlore village, Gaya district - with empathy, vulnerability and heroic dignity.

The lead actor could not have achieved this without the screenplay serving as an ally at crucial points in the narrative. So it would not be in order to dismiss the film's structure as entirely ineffectual.

Manjhi - The Mountain Man does have several moments that make for compelling viewing.

It is in trying to squeeze every ounce of drama out of the biographical material that the film gets somewhat frayed at the edges.

It goes back and forth in time to dramatise the many obstacles that the dogged protagonist encountered while chipping away like a man possessed over a period of 22 years at a rocky hillock with only a hammer and chisel.
Dashrath announces on more than one occasion that he is at it for the love of his deceased wife. A miniature Taj Mahal that he gifts his life partner is an all too obvious metaphor.

He also alludes to his love-hate relationship with the mountain that stands between him and his mission to shorten the distance from his village to the nearest town, Wazirganj.

His face-off with the hill starts off as what he describes as a dangal (wrestling bout). But as the years roll by and the man ages, the mountain turns into his constant companion. His anger subsides even as his tenacity grows.

In cinematic terms, the spectacle of a man engaged in an awe-inspiring but singularly drab pursuit can be repetitive. Not too infrequently, it is indeed monotonous.

The script over-compensates by injecting high drama into the proceedings.

It highlights the many obstacles that Dashrath comes up against - deep-rooted caste oppression, personal tragedy, natural calamities, apathy and ridicule from his own people, corruption and subterfuge, and even a snakebite.

The daunting challenges only serve to make his resolve to get the mountain out of his way all the more unshakeable.

But the film, in the end, isn't half as amazing as Dashrath Manjhi's life was.

Bihar's violent caste dynamics are frequently touched upon, but these aren't allowed to become the crux of the narrative.

In an early scene, the village headman, Thakur Nirbhay Singh (Tigmanshu Dhulia), has horseshoes nailed to the heels of a low-caste man who appears before him in a pair of shoes.

In another sequence, Dashrath, on his return to his village in 1956 after a seven-year stint in Dhanbad's coal mines, is assaulted by the mukhiya's men.

His offence: he hugs the headman and his principal lackey (Pankaj Tripathi) in the belief that the recently passed Untouchability Offences Act has automatically granted him equality.

The gravity and magnitude of rampant caste exploitation is lost amidst the heightened euphoria and passion of the love story of Dashrath and his "child bride", the now grown-up Phaguniya (Radhika Apte).

Last week saw the release of a film about a similar back-to-the-wall fight by a single man against a rotten administrative and social system - Gour Hari Dastaan. It was too tame to be able to drive home its point with the requisite verve.

Manjhi - The Mountain Man pays a price for exactly the opposite - it errs on the side of excess. Its makers go overboard with the sturdy but rather stolid pieces available to them.

A lighter touch might have made Manjhi - The Mountain Man a markedly more convincing biopic.