Mantostaan Movie Review: Mantostaan is a small, intimate portrait of bloodthirsty men and their quarries aimed at exposing the sheer absurdity of sectarian intolerance 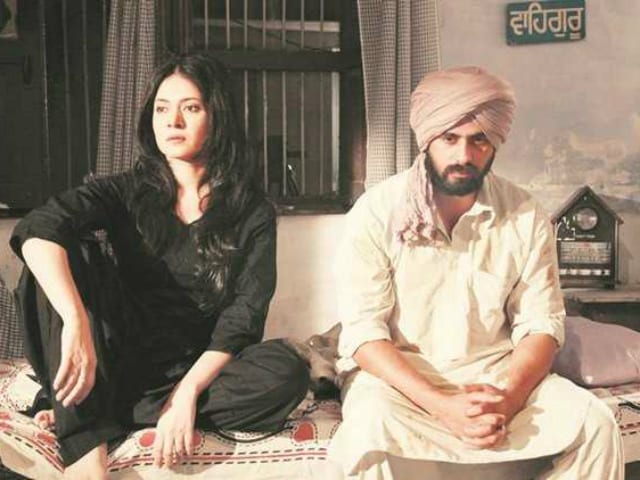 Mantostaan Movie Review: A still from the movie

Saadat Hasan Manto's Partition stories - confrontational, harrowing and haunting - aren't an easy read. The fate of his hapless characters starkly remind us of the potential of religious fanaticism to trigger mass-scale insanity. The iconic Urdu writer was unflinching and unremitting in the way he chronicled the blood-splattered circumstances amid which the subcontinent was cleaved into two. His provocatively piercing tales of rage, anguish and moral distress, and the mirror that they hold up to the ugliness that resides within us all, are still as relevant as ever. No wonder Mantostaan, which weaves four of Manto's most powerful short stories into a single, seamless screenplay, feels so appropriate for our troubling times.

The effort of actor-writer-director Rahat Kazmi is, therefore, irrefutably pertinent and praiseworthy. The result, alas, is uneven. Mantostaan is devoid of the gut-wrenching punch that Manto's seething pen could deliver at will.

Its sense of the horrific is unwavering all right. But for a film derived from stories so staggeringly shocking - all four are set in the dark days, and nights, of the Partition riots - Mantostaan feels oddly desiccated and disinfected. It simply doesn't send us reeling to the wall.

In Manto's world, hope flickers ever so fleetingly. The victims of marauding mobs are sitting ducks. However, superannuated Amritsar judge Mian Abdul Ali (Virendra Saxena) advises his understandably terrified daughter Sughra (Raina Bassnet) not to panic even as other Muslims of the locality flee in hordes across the newly created border. "Sab theek ho jaayega (Everything will be fine)," he assures her rather airily. In the same breath, he instructs his ageing, ailing retainer Akbar to securely lock the doors.

Fear looms over the household and the neighbourhood. Despite his deep faith in humanity, Mian Abdul Ali has no idea what the next knock on the door will portend. The ex-judge's inner conflict - the principal figure in the short story 'Assignment' insists that the storm will blow over. But he is so weighed down by his indecision that he is laid low by a paralytic attack - is in sync with Manto's imagination, fretful but firmly rooted in reality. Its effect appears to go beyond the written word and the filmed image and afflict Mantostaan as a whole. Swaying between discomposure and detachment, the film fails to replicate Manto's sledgehammer blows.

Of the other three stories adapted by Kazmi - Thanda Gosht, Khol Do and Aakhri Salute - the first is about an arsonist Isher Singh with a dark secret (Shoib Nikash Shah) and his feisty mistress Kulwant Kaur (Sonal Sehgal); the second hinges on Sakina (Sakshi Bhat) numbed into silence by repeated sexual violence and brutality while her distraught father Sirajuddin (Raghuvir Yadav) desperately searches for her; and the third focuses on the plight of two childhood pals (Rahat Kazmi and Tariq Khan) now fighting on opposite sides in the war in Kashmir.

None of these individuals can fully fathom the sheer irrationality of the destructive acts that they confront or perpetrate. The audience, on its part, can sense the fears and the helplessness of the victims, but the magnitude of the tragedies do not hit home with the anticipated force. The final macabre revelation in Thanda Gosht or the involuntary act of poignant resignation by a girl who is viciously violated by her tormentors and rescuers alike in Khol Do pan out rather mechanically.

Director Kazmi plays Jawaharlal Nehru's 'tryst with destiny' speech upfront, and not without logic. The underlying hope that the advent of independence would be an opportunity for the people of the subcontinent to "redeem our pledge" serves as a complete contrast to the conflagration that Punjab is plunged into and the vortex of senseless violence that millions of innocent people are sucked into.

The women, needless to say, are the worst hit: Kulwant Kaur of Thanda Gosht, Sakina of Khol Do and Sughra of Assignment, a 17-year-old woman who cannot for the life of her figure out why friends have turned foes overnight.

Mantostaan is a small, intimate portrait of bloodthirsty men and their quarries aimed at exposing the sheer absurdity of sectarian intolerance. The statement it makes is by no means insubstantial: in an honest and heartfelt manner, the film spotlights the fault lines that history has bequeathed the subcontinent. The repercussions continue to haunt us as venomous elements lurking in the shadows grow bolder by the day gnaw into the vitals of the nation.

That is the reason why no film about Manto or based on his stories, no matter how short it might fall of doing justice to the coiled-up power of his tales or how ineffectual it might be in snuffing out deeply entrenched prejudices, can be dismissed as a wasted opportunity. Mantostaan deserves applause because it captures crucial bits of Manto's soul, if not the ferocity of his spirit.