Shivani Shivaji Roy might not appeal to Dabangg junkies. But for everyone else, Mardaani could be well worth a trip to the multiplex. 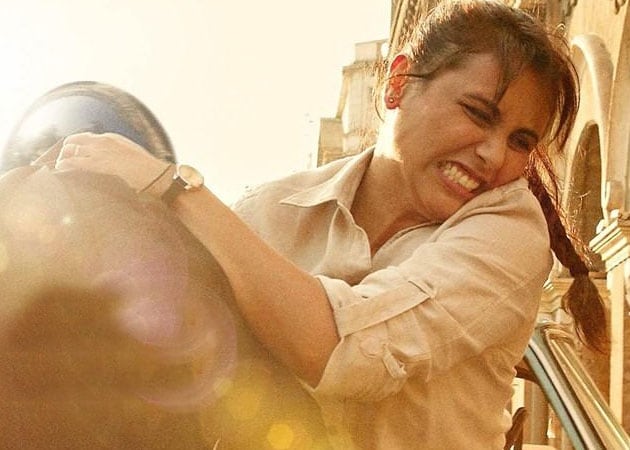 For YRF and producer Aditya Chopra, Mardaani is a marked departure from convention.
For one, the film is inspired by dire newspaper headlines and alarming United Nations reports about India?s missing girls.

Moreover, in deference to its solemn theme and purpose, Mardaani completely abjures the musical interludes and glitzy frills that the banner usually revels in peddling.

And, last but not least, the film?s policewoman-protagonist has no romantic interest to deflect her from her mission to rescue a teenage orphan who has gone missing from an Andheri shelter home.

Mardaani scores because it adopts an uncluttered approach to the tale of a fearless Mumbai crime branch officer who pulls out the stops to counter the wiles of a smooth-talking child sex trafficker in Delhi.

Director Pradeep Sarkar, coming off the twin debacles of Laaga Chunari Mein Daag and Lafangey Parindey after the high of Parineeta, hits all the right buttons this time around.

Mardaani is a taut thriller that is refreshingly shorn of flab. It plunges straight into business.

Senior Inspector Shivani Shivaji Roy is given no grand entry scene. She is introduced even as the credits roll.

One moment she is engaged in friendly banter with her team of cops in a police jeep over the angry wife of their stern and unrelenting boss.

The very next the armed lady leads a raid on a brothel to nab a fugitive criminal.
Mardaani flies from one scene to another without making unnecessary detours on the way.

Director Sarkar receives high quality assistance from his principal technicians, who combine to keep Mardaani simple and focused on its clearly delineated plot all the way through.

The lead actress, who despite being required to spout cuss words, does not merely deliver dialogues; she speaks her lines with emotion and directness.

Rani does not take recourse to the kind of grandstanding that one usually encounters in Bollywood police action flicks.

For the way the character of Senior Inspector Shivani Shivaji Roy turns out, credit is largely due to the screenplay by Gopi Puthran, who is also the film?s associate director.

On one hand, Mardaani invokes the spirit of the Rani of Jhansi in its title itself, as also of that mythical fount of feminine invincibility, Goddess Durga.

The latter is evoked as a prelude to an anthem that plays on the soundtrack as the rousing, if somewhat over-dramatic, climax reaches its crescendo at a point that is well under two hours into the film.

On the other, Mardaani invites inevitable comparisons with the many Bollywood superheroes in uniform that we meet every so often on the big screen.

But Shivani Shivaji Roy, a Marathi mulgi wedded to a Bengali doctor (Jisshu Sengupta in a cameo), is a far saner version of Chulbul Pandey and Bajirao Singham.

Her achievements may be just as heroic as those of the aforementioned crime-busters, but the methods that she employs are infinitely more sedate and within the realms of probability.

She engages the villain, Karan Rastogi alias Walt (Tahir Raj Bhasin), in sharp, snappy conversations in which she comes across as somebody who is cocksure of her abilities. Yet she isn?t given to empty bluster of the Singham kind.

Mardaani is more in the nature of a police procedural drama than a stunt film about a comic strip cop in which exploding cars and pummeled bodies are flung about in the air like a whole lot of pillows.

Mardaani is obviously Rani Mukerji?s film and she dominates the show all the way through. But a few of the other actors, too, are given enough space to make a mark.

So does the underutilized Anil George as the creepy drug dealer Vakil.

Priyanka Sharma makes her presence felt in the guise of the street girl Pyari, whose abduction is the film?s principal flashpoint.

Because Shivani Shivaji Roy is not your average action ?hero?, she might not appeal to Dabangg junkies. But for everyone else, Mardaani could be well worth a trip to the multiplex.