This dazzling debut film is an unmissable gem. 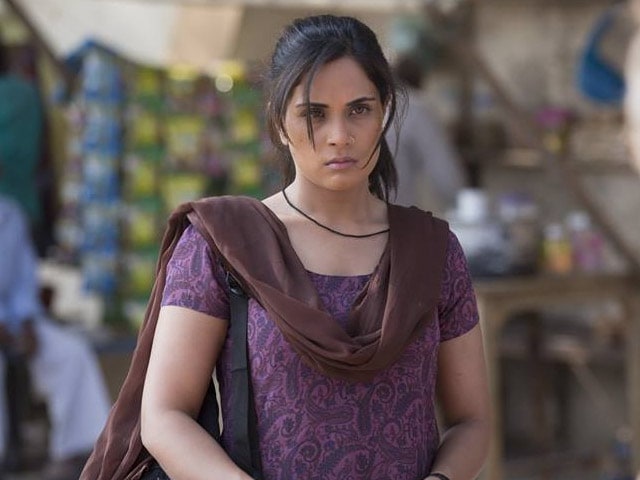 Neeraj Ghaywan?s deftly crafted Masaan is a multi-layered portrait of a hidebound society in rapid flux.

Dripping pain and poetry in equal measure, the film presents intertwined stories of repression, rebellion and repentance set against the funeral pyres of a Varanasi cremation ghat.

Its multiple strands add up to a cinematic tapestry that is both moving and stimulating.

Its depiction of disruptive social change ? represented by the growing impingement by Facebook and YouTube ? and how it plays out in the lives of four small-town individuals is subtle, naturalistic and sure-handed.

She is wracked by a sense of guilt and loss after a furtive sexual adventure in a seedy hotel goes awry and ends in tragedy.

It lands Devi?s father, Vidyadhar Pathak (Sanjay Mishra), into the clutches of a blackmailing cop.

The minds of the men and women in Masaan, caught as they all are in a social and moral bind, are anything but small.

Devi feels cornered, but remains defiant. She seeks escape from societal confines, but strictly on her own terms.

On learning that her boyfriend belongs to the Dom community, Shaalu makes light of the revelation. ?Bhaag ke jaana hoga na, toh bhaag bhi lenge (if need be, we will elope),? she assures Deepak.

While remorse and anguish are the dominant emotions in this drama about caste and gender, none of the characters is the kind who would give in without a fight.

Devi?s father, an erstwhile Sanskrit professor who now sells post-cremation ritual offerings on one of the ghats, has his own demons to contend with.

Under pressure to meet the demand of the extortionist in uniform, Vidyadhar begins to lose touch with his moral compass.

He pushes Jhonta (Nikhil Sahni), the orphan boy who works for him, into a dangerous game to supplement his meagre income.

The game involves punters gambling on young boys who dive into the Ganga to fetch coins from the riverbed.

The most striking aspect of Masaan is that it shuns a standard and fraying practice of Mumbai?s independent films: it does not feed off other Hindi films, past or present, nor does it borrow stylistic slices from world cinema hits.

It draws inspiration instead from Hindi and Urdu poetry, which makes the film much the richer, both texturally and aurally.

At the heart of Masaan are resonances from Brij Narayan Chakbast, Dushyant Kumar and Akbar Allahabadi, not from Quentin Tarantino, Guy Ritchie and Park Chan-wook.

Barring the use of a song from Qayamat Se Qayamat Tak to anchor Deepak and Shaalu?s blooming love affair, Masaan steers clear of known Bollywood conventions.

On the film?s soundtrack are several rare musical treats, thanks to both Indian Ocean and lyricist Varun Grover.

When did we last hear a line as sublime as Main hoon paani ke bulbule jaisa/Tujhe sochun to phoot jaata hoon in a Hindi film song?

The splintered narrative of Masaan has the feel of fragments of beautiful verse in which all the lingering lyrical conceits come together by the end of the composition to constitute an expressive philosophical whole.

Also noteworthy is the deceptive simplicity that screenwriter Grover imparts to what is clearly a complex narrative construct that calls for repeated intercutting between stories.

Have you ever seen a burning corpse? That is the question that Deepak angrily poses to his upper caste girlfriend when the latter pokes him, in all innocence, about the location of his home.

Having kept the fact away from the girl until now, he rudely blurts out: ?I live on Harishchandra Ghat, I was born there, I grew up there, I burn the dead for a living.?

The deep fissures that separate Deepak?s ?fiery? world from Shaalu?s protected cocoon are brought out in bold relief in that one forceful scene, which upends a brief, heady getaway by the lovers to Sangam, Allahabad.

Emotional explosions are few and far between in Masaan, but every time one occurs, it delivers a telling blow.

As for the rest of the film, restraint is the key, be it in the wonderfully subdued Deepak-Shaalu courtship scenes or in the simmering confrontations between a flustered Devi and her befuddled father.

Masaan is not the kind of film that is out to grab the audience by the scruff of the neck and drag them through the fire smouldering disturbingly under the surface of its troubled universe.

Ghaywan?s Varanasi, the eternal city where life and death are but two sides of the same coin, sways precariously between the compulsions of its hemmed-in youngsters and the unchanging nature of its hoary mores.

It is a tale that grows gently on you, leading you by the hand into the inner world of its tormented characters.

The acting is from the very top drawer. Sanjay Mishra, as always, makes every moment of silence, every gesture and every word count.

Both in his vulnerability and his resistance, Mishra?s character is reminiscent of Harihar Ray, the proud Brahmin priest of Pather Panchali who can only haplessly watch his life come apart.

Richa Chadha inhabits not just the body of Devi Pathak, but her entire soul. The result is as powerful a screen heroine as any we have seen in years.

Vicky Kaushal and Shweta Tripathi deliver a pair of luminous performances that stay with you long after the film is over.

This dazzling debut film is an unmissable gem.