Max: A Shellshocked Dog Reverts to His Heroic Self 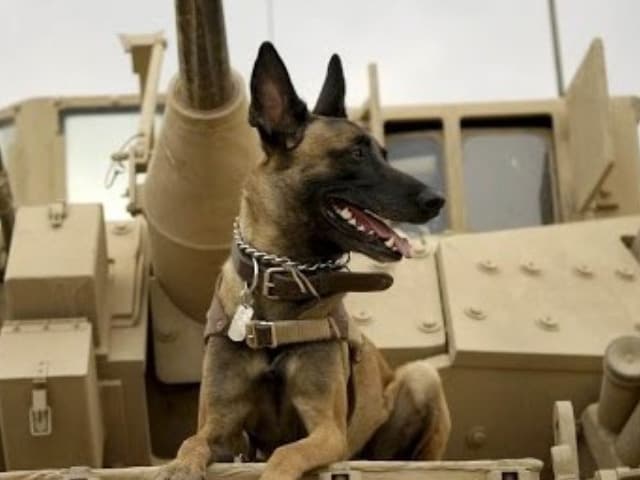 One of the most memorable televised arguments Gene Siskel and Roger Ebert ever had was about Benji the Hunted and Stanley Kubrick's Full Metal Jacket. Ebert gave thumbs up to Benji and thumbs down to Full Metal, the opposite of Siskel's votes. The two critics then fell into a contentious debate about the inherent relativism of movie reviewing, with Ebert insisting that every film needs to be judged in its proper context. Benji the Hunted, he claimed, was good for what it was, which was a sentimental children's movie about a brave dog. Full Metal Jacket may have been a superior movie, but as the much-anticipated work of a master filmmaker, it fell short of the standard of greatness.

I recalled this ancient controversy while watching Max, which, while nobody's idea of a masterpiece, seems at first glance to be a hybrid of Benji the Hunted and Full Metal Jacket - a war movie about a heroic canine. The director, Boaz Yakin, is no Stanley Kubrick: His earlier work includes serviceable midlevel genre offerings like Fresh, Safe and Remember the Titans, which fit comfortably into the pretty-good-for-what-they-are category defended by Ebert.

Max might belong there, too, if it could figure out just what it wanted to be. Following its namesake, a handsome black-and-brown Belgian Malinois, from Afghanistan to Texas, the movie starts out as a doggy variation on American Sniper, complete with a stern dad. After Max's handler, a Marine named Kyle Wincott (Robbie Amell), is killed in a firefight, the traumatized dog is sent back stateside and slated for euthanasia. Instead he winds up in the care of Kyle's younger brother, Justin (Josh Wiggins), and his parents (Thomas Haden Church and Lauren Graham).

The strains in the family - Justin, a slacker and a cynic is a thorn in his straight-arrow, ex-Marine father's side - promise an all-American domestic melodrama. But what follows is a kind of updated Hardy Boys detective adventure in which Justin, Max and Justin's friends Chuy (Dejon LaQuake) and Carmen (Mia Xitlali) chase down a bunch of bad guys, including a corrupt sheriff's deputy, a cartel-connected gangster and a Marine gone bad.

As the intrepid kids and the fearless hound unravel a nefarious weapons-dealing scheme, Max finds its sweet spot, leaving behind its overwrought patriotic swagger and settling into the kind of story that would fill a decent hour of television. (Max, Justin, Carmen and Chuy could probably sustain a season or two as a crime-fighting team on a network or basic-cable series.) The violence that concludes their sleuthing is a bit jarring in such a carefully kid-friendly entertainment. Yakin opts for bullets, explosions and blood vengeance when handcuffs and perp walks would do the job. Not that "Max" has any clear or coherent sense of mission. Max, on the other hand, does, and his virtues might make you wish the movie were good enough to deserve him.