Second Hand Husband, has no riveting or dramatic moments to wow you 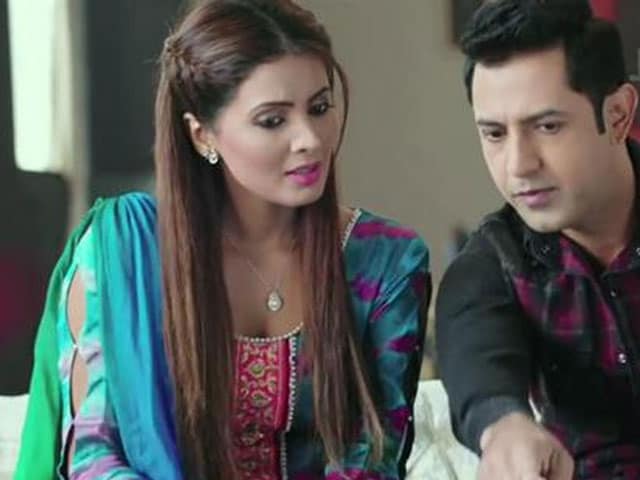 Second Hand Husband may sound interesting enough to get you to enter the theatre, but within minutes you realise that the title is a wee bit deceptive. The narrative, as expected, is not from the girl?s point of view, but quite the opposite.

Set in Model Town, Punjab, the film revolves around the painstaking efforts by a divorced hotelier Rajveer (Gippy), to get his ex-wife Neha (Geeta) married off in order to escape paying a hefty alimony. Of course, his motive behind this is also to get married to his love interest, Gurpreet (Tina).

The film revolves around the lives of Ajit (Dharmendra), Rajveer?s boss and owner of a four-star hotel, and Rajesh (Vijay), a widowed police inspector, who is constantly in search of a life partner.

The writing in Smeep Kang?s script is devoid of freshness. The characters are stereotypical and not well-etched. Set in a Punjabi milieu, the situations and their treatment, though realistic, offer no novelty to the narration. The punches and gags too are oft-heard and the dialogues cheesy.

The performances after a while get monotonous and irksome to watch, as the script itself is limiting.

Dharmendra, as the philandering and alcoholic hotelier, though charming, is jaded. He neither reinvents himself nor gives a fresh perspective to this oft-played Punjabi character.

Similarly, Ravi Kishen in a miniscule role as Gurpreet?s brother is nondescript and tedious to watch. Constantly screeching, he hams his way through his screen-time.

Rati as Beant Kaur, and Deepshikha as Kajal Varma are equally wasted.

Most of the actors look as if they have stepped out of their typical moulds, with no newness in their portrayals.

On the contrary, Sanjay Mishra as the other divorce lawyer, though typecast, is amusing and natural, as is Vijay.

Gippy, a well-known face in Punjabi films, sports the demeanour of an actor of a bygone era and displays some promise. He seems earnest and delivers what is required of him.

He is aptly supported by Geeta and actor Govinda?s daughter Tina. Unfortunately, in a significant but small role, Tina has no scope to display her talent and the film is probably a wrong choice for a debut vehicle.

They have saved the best for the last. Indeed, the only good part of Second Hand Husband is perhaps the surprise element which comes in the penultimate scene of the film. This is a wasted opportunity. Equally unexploited is the rap song Bad baby meri with funny lyrics, although poorly rendered.

Steeped in mediocrity in every aspect, Second Hand Husband, has no riveting or dramatic moments to wow you. Nothing grips you in this convoluted rom-com.

Watch it if Punjabi humour pleases your palate.