Movie Review Step Up All In 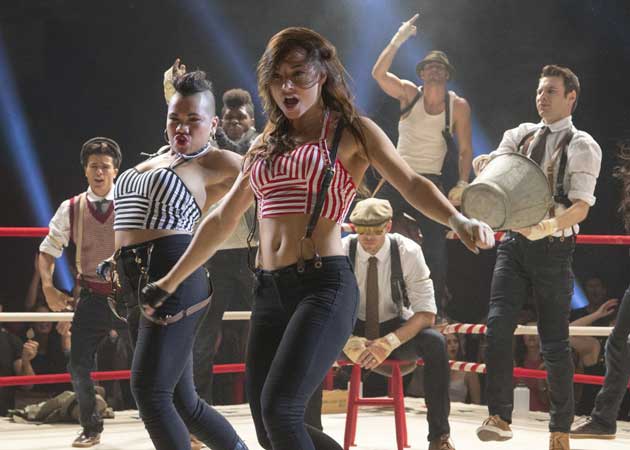 This dance-drama revolves around the intriguing concept of permanence and consequences.

The spiel - "there is magic that happens when you dance, but when you make a living by dancing then it's different, it is not easy" - at the very onset of the film sets the ball rolling. It lays the foundation of what to expect.

The film packs in all sorts of conflicts that a dancer faces through his personal and professional life, if he were to stick to his commitment to dance and make a career out of it.

And, the dialogue at the end: "Are you living your life or paying the price?"

"I love dancing. It's not easy when you try making a living out of it," sums it all up.

The fifth film of the "Step Up" franchise, where the stakes have escalated much higher from when it first began, "Step Up All In" takes off from where the fourth edition left.

The story centers around Sean (Ryan Guzman), who, after an unsuccessful audition at an Los Angeles Club loses his team from Step Up: Revolution, the Mob. They all decide to return to Florida and take up other careers since they are finding it difficult to survive in LA.

Now, humiliated, depressed and stubborn to a point, Sean stays back in LA working as a handyman at a dance hall that belongs to his friend Moose's (Adam Sevani) grandparents.

When Sean hears about a contest called 'The Vortex', a nationally televised dance competition, a kind of a cross between "So You Think You Can Dance" and "The Hunger Games", he is determined to participate in this competition. The competition is hosted by Alexxa Brava (Izabella Miko).

Since his original crew has dispersed, he seeks Moose's help to put forth a new team. Together, they assemble dancers from all over. They include Andie (Briana Evigan), Chad (David Shreibman), Jenny Kido (Mari Koda), Martin (Martin Lombard) and Marcos (Facundo Lombard). They call themselves LMNTRIX.

Now facing stiff competition from the leading LA team Grim Knights and Sean's old friends from The Mob, the LMNTRIX puts up a strong performance and qualifies for the final rounds of The Vortex. The result is obvious.

The production values are good and of above average quality.

Being a dance film, director Trish Sie pays less attention to the performance and concentrates more on the dancing. She ensures that the dances; breaking, krumping, locking and popping are flamboyantly portrayed with minimalistic edits. The over one minute-shot in the grand finale beautifully captures the fluid body movements and the mood of the moment.

In general, the film is jazzy and vibrant with most of the dancers roped in from its previous editions.

The script is flowing but unimaginative. It offers no dramatic moments or surprises but what keeps you glued, are the frequent dance pieces which are not only interesting, but also captivating. The skills of the dancers are sure to bowl you over.