X: Past Is Present Movie Review

It is a marvel that X: Past Is Present, as a whole, lands firmly on its feet and keeps its balance 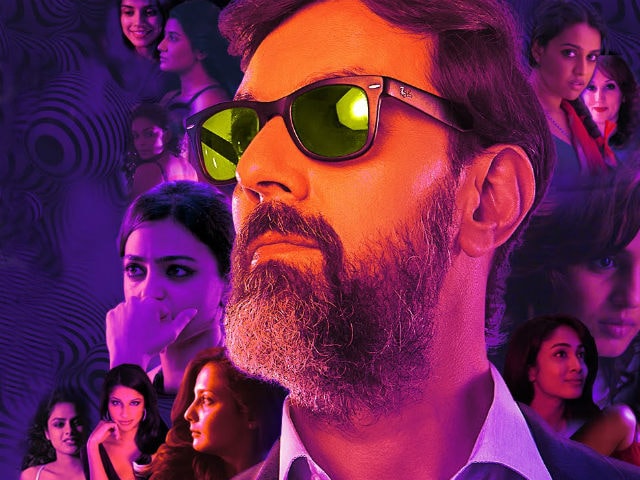 An intriguing jigsaw puzzle of a film, X: Past Is Present is an experiment that swings from the trippy to the torpid ? and back, mercifully ? in a matter of minutes.

But for a cinematic pastiche that represents as audacious a leap into the unknown as this, a few quibbles here and there are no big deal.

It is a marvel that X: Past Is Present, as a whole, lands firmly on its feet and keeps its balance.

With 11 different directors taking turns to narrate a single story about a man who survives a series of failed relationships ? it delivers a m?lange of styles, genres and colour palettes. But one thing that X: Past Is Present certainly isn?t is incoherent.

While drawing its appeal primarily from its freewheeling structure, the film stays on course even as the protagonist?s mnemonic peregrinations follow no chronological sequence.

Miraculously, despite its whimsical take on life, faith, science and time travel, the film isn?t bereft of consistency.

Editors A. Sreekar Prasad and Vijay Prabhakaran prove equal to the task of carving out a solid, engaging story from the disparate pieces placed before them.


Each segment of the film is shot with a different technical crew and female lead. Besides the individual director?s own sensibility, the nature of the woman at the centre of it determines the texture of the section.

While one segment is laced with poetic outpourings, another is a French cinema-style gabfest, and yet another ends on a shocking, visceral note.

X: Past Is Present opens with a shot of a ticking Patek Philippe watch to underscore its principal concern ? the inexorable passage of time and its impact on human life.
The film then travels back in time, one capsule at a time, in a bid to comprehend the life and times of a filmmaker called K (Rajat Kapoor).

He has 20 films and ten messy affairs behind him. Grappling with a messed-up life, K runs into a chirpy young girl (Aditi Chengappa) at a party.

The mystery girl reminds him of his first girlfriend, Shireen (Pia Bajpai), and then of all the other women in his life, including a wife, Rija (Radhika Apte), who has walked out on him.
In the course of one night, the self-absorbed ?man with no address? is assailed by memories that nudge him towards a better appreciation of the many personal mishaps that he has encountered and been altered by.

Each segment of X: Past Is Present flows seamlessly into the next, with every woman getting a clear place in the narrative.

While not every girl in the film rises above the cramped storyline, the characters played by Radhika Apte, Huma Qureshi (as Vina, the girl who hastens K?s transformation from a boy to a man), Swara Bhaskar (as a southern femme fatale who scalds K for life) and Rii do.

Especially impressive is Rii, who embodies three women within one short segment ? a perky housemaid as well as Paro and Chandramukhi in K?s reimagining of Devdas.

In one segment, set in San Francisco, K hits on an attractive girl (Richa Shukla) at a film festival. His clumsy, brazen efforts to charm her boomerang on him.

In another passage, K ends up as a paying guest in a Kolkata house where he has a brief, wistful encounter with a girl (Parno Mitra) who brings out the poet in him.

The female characters in X: Past is Present are far more captivating than the male protagonist (whose younger avatar is played by Anshuman Jha).

The girls not only have minds of their own, they stand their ground even when things do not go their way.

In the bargain, they contribute to the evolution of K, the urban nomad who fears the thought of being tied down.

X: Past Is Present has its share of dull, grey patches, heightened by the hollow philosophy on life and art that K spouts in his weaker moments. But these are few and far between.

From the heady to the humdrum, the film drifts much like the protagonist himself, but, like him again, makes it to a reasonably meaningful destination.

Watch X: Past Is Present for its delightful cheekiness.