Beyond the potted vignettes we are witnessing lies the untold story of a great, complex soul, a man more mysterious than any of the crimes he is supposed to have solved. 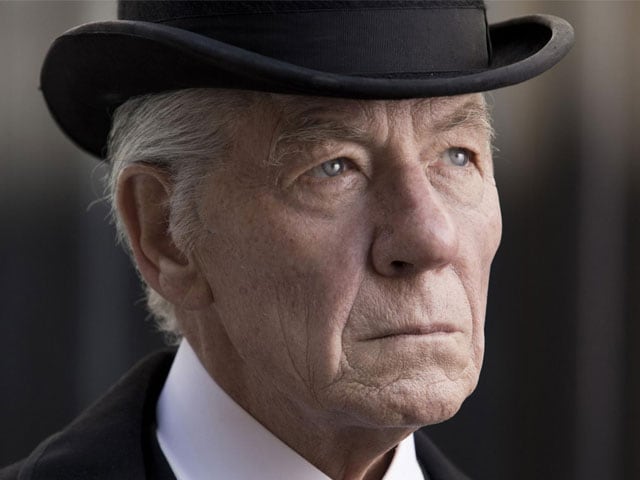 Mr Holmes, a mild and minor bit of revisionist Sherlockiana, imagines the world?s greatest detective in his dotage, retired to a picturesque rural spot on the English coast where he tends to bees and fading memories. It?s 1947, and Holmes is in his 90s.

Dr Watson is long gone, and it turns out that the pipe and the deerstalker cap were fictitious embellishments. The keen ratiocinative powers that made Holmes an early hero of modern popular culture are still in evidence, though the cases he has left to solve are of a decidedly intimate, melancholy nature. No spectacular murders or intricate conspiracies: just quiet enigmas of memory and remorse.

Directed by Bill Condon and based on a novel by Mitch Cullin, Mr Holmes tells a few overlapping stories. From the cottage where Holmes (Ian McKellen) spends time with his housekeeper, Mrs Munro (Laura Linney), a war widow, and her young son, Roger (Milo Parker), the film occasionally ventures backward and eastward, revisiting a 30-year-old case and a more recent sojourn in Japan. In London just after World War I, Holmes trails a married woman (Hattie Morahan) whose husband (Patrick Kennedy) suspects her of taking illicit music lessons. In Japan, he meets with an amateur herbalist (Hiroyuki Sanada) with a family secret. Back home, Holmes struggles with his growing forgetfulness, tends his hives and encourages Roger?s dreams and ambitions, which are thwarted by Mrs. Munro?s narrow, anxious mindset.

The film?s plots are soft and flimsy, and they don?t mesh as gracefully as they might, but they do serve as an adequate trellis for McKellen?s performance, which is gratifyingly but unsurprisingly wonderful. With his craggy visage and papery diction, his Holmes is a study in wry, intellectual charisma. Anachronistic as it might be, it isn?t hard to imagine Benedict Cumberbatch, the kinetic, intensely focused Sherlock of the BBC series, aging into this mellow codger. (The same can?t be said for the smirky action-hero version played by Robert Downey Jr in Guy Ritchie?s tedious franchise.)

You might also detect some kinship between Holmes and Magneto, McKellen?s mutant in the X-Men movies, whose genius is filtered through rage and resentment. Not that Holmes is angry, though he does now and then betray a flicker of impatience. He is, however, very much a man of feeling as well as a creature of reason, and the suggestions of buried emotion that can sometimes be detected between the coolly logical lines of Arthur Conan Doyle?s stories are brought to rich life here.

The film suggests that there is much about Sherlock Holmes that his fans don?t know. Its most ingenious conceit is that the real man has grown old alongside his legend, slipping into theaters to watch movies made about his exaggerated exploits and gently correcting some of Watson?s fabrications. A long retirement has humanized him, and the specific longings and regrets chronicled in Mr Holmes might constitute only a partial list.

That at least, is the tantalizing possibility implicit in McKellen?s whispered reminiscences and slow, graceful movements: that beyond the potted vignettes we are witnessing lies the untold story of a great, complex soul, a man more mysterious than any of the crimes he is supposed to have solved.