Unalloyed gobbledygook: two words are all that one needs to sum up Mr X. 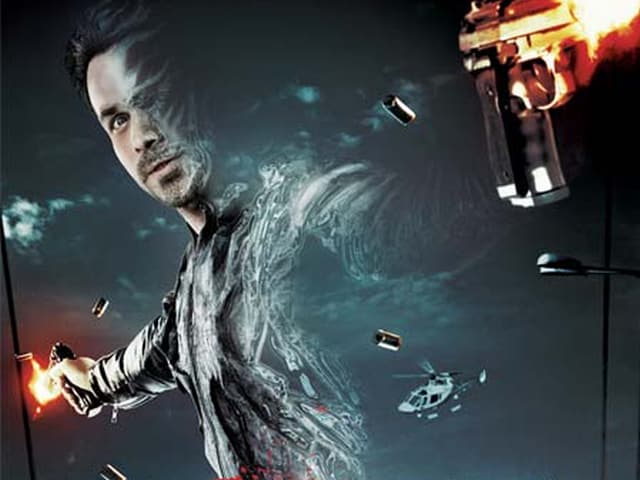 Unalloyed gobbledygook: two words are all that one needs to sum up Mr X.

But Vikram Bhatt's flashy film (released also in 3D in case one is interested in third-degree torture) runs for over two hours but does not come up with even two-and-a-half scenes that can pass muster.

Two fluffy lines of dialogue in the film stick out like sore thumbs and provide an inkling of the stale dynamics at work within its rickety structure.

One, spoken by a medicine researcher, goes thus: the more science knows the more it realises that it knows little. Well, well, we will never what that means!

The other, spouted by the hero himself, regurgitates a tattered cliché: all is fair in love and war, and here we have both love and war. It will take some doing to digest that.

Mr X is indeed a love story, too, but it is highly unlikely that anybody will fall in love it.

Mr X is a puerile thriller and a risible revenge saga with a dash of random sci-fi thrown into the pot. The end result is a deadly boring mish-mash.

Anti-terror agent Raghuram Rathod (Emraan Hashmi) is dragged into a dirty game by his own boss, ACP Bhardwaj (Arunoday Singh), who has his sight set on the post of Mumbai police commissioner.

The vicious conspiracy, which centres on the elimination of the chief minister, culminates in a refinery blaze.

Raghu is given up for dead. But, thanks to divine intervention, he survives.

Clutching a mini idol of Lord Krishna, Raghu emerges from the inferno resembling a walking lump of molten wax that is strong enough to make a phone call.

He ends up in a pharmaceutical lab where an untested anti-radiation potion triggers total cell regeneration and turns him invisible.

Alarmed at first, he spots an opportunity in his new-found invisibility. From behind the veil of his power, he decides to mount an all-out assault on those that wronged him.

Mr X picks on the betrayers one by one and packs them off without so much as a by your leave.

A brush with Mr X in the line of duty brings Sia close enough to Raghu to catch a scent of the invisible man.

Opposed to extra-legal methods of crime-busting, she decides to pursue Mr. X and stop him in his tracks.

Of course, the screenplay does not care to explain how and why Raghu has retained his original "bheeni bheeni khushboo (subtle body odour)" after being scorched by a fire and altered by a medical formula.

But that is no big deal really given that he does not show any external changes in the way he looks and walks either.

But let us not ask irrelevant questions. Mr X is after all a Bollywood love story, and the world is yet to evolve any credible science that can explain the myriad illogicality that is part and parcel of the genre.

There is much worse here. The story of the film is set in Mumbai, but the street scenes and the chases have clearly been shot somewhere else in the world.

The unique hero of Mr X is visible only in direct sunlight and in blue neon-lit settings.

Take the hint: leave the man alone and steer clear of darkened halls where he is displaying his wares.