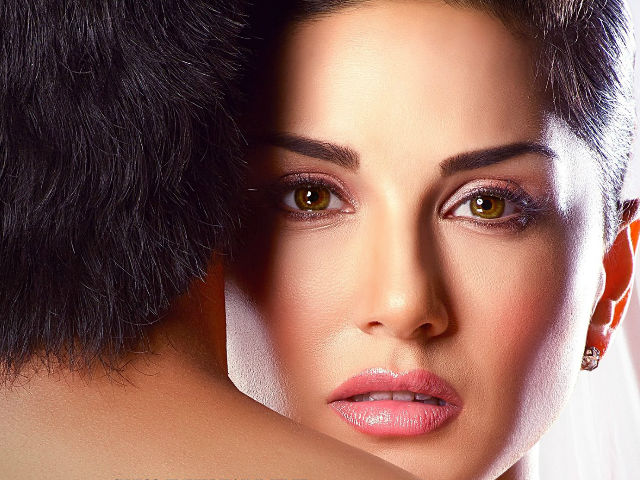 By the standards set by the Sunny Leone starrers that have come before this one, One Night Stand is a rather staid affair.

But that may not be as big a surprise as it may sound to some, given that the film has been written by a woman (Bhavani Iyer) and directed by another (Jasmine Moses-D'Souza).

So the gaze here is not so much on Sunny Leone's curves as on the dangers inherent in careless flings.

Not that the One Night Stand screenplay is anything to exult over, the film does represent a something of a departure for the lead actress.

The film runs less than 100 minutes and Sunny Leone isn't on the screen all the time. And when she is on it, she isn't always in a state of undress.

She starts off as just the sassy seductress in lacy lingerie that her fans are accustomed to seeing on the big screen.

But as the story of relationships - yes, One Night Stand isn't only about sex and sleaze - unfolds, she assumes the persona of a married woman who is a dutiful daughter-in-law and a doting mom to boot.

If only One Night Stand had a less bland story to peg itself on, it might actually have yielded greater dividends as a mature adult drama.

It doesn't because the three principal characters - the obsessed man, his wife and the other woman - have little to distinguish them from single-note characters of a standard marital drama.

One Night Stand has songs that celebrate inebriation of one form or another - Do peg maar and Ishq ka sutta - but the film is anything but intoxicating.

Not that it does not try. When the male protagonist, Urvil Raisingh (Tanuj Virwani), operations head of an event management company, runs into her for the first time at a fashion show in Phuket, it is only her flaming red dupatta that brushes against his face.

The feather touch blows the hero off his feet. Then, in the hotel coffee shop, the hero's friends dare him to seduce her. He is, of course, more than willing to go right ahead.

In the course of a walk on the beach, Urvil tells the mystery lady that his name means the sea.

My name is Celina and it means 'the sky' and never the twain shall meet, she responds.

The bed is only a few steps and a hop away from here for the two strangers. It turns out to be a night to remember for Urvil.

But come dawn and Celina's gone, leaving behind nothing for Urvil, not even a real name and an address.

Haunted by the memories of the night, our man returns home to Pune - and his lovely wife of five years Simran (Nyra Bannerji).

It transpires that the latter was Urvil's colleague but she has now given up her career for the sake of his home.

When a friend takes a dig at her homemaker status, she responds sternly: "Main kaam karti hoon, bas naukri nahin karti (I do work, but don't do an office job)".

Urvil is by far the least interesting of the three principal characters. Philanderer, stalker and boor, he is unable to get Celina out of his mind and quickly loses control over himself and his priorities.

The woman he knows as Celina, he discovers soon enough, is actually married to one of his wealthy clients and is, therefore, beyond him.

As his obsession with Celina gets the better of him, he places his marriage under great stress.

So, One Night Stand is an adult drama that goes relatively easy on the cheap thrills.

The dialogues written by Niranjan Iyengar have a workaday feel to them, which makes passages in the drama appear far more real than they actually are.

No matter how hard the director tries to liven up the proceedings, the absence of genuine substance prevents One Night Stand from rising above the irretrievably banal.