There is enough going on in Pan to fill several movies, most of which you've seen and perhaps enjoyed under other titles. 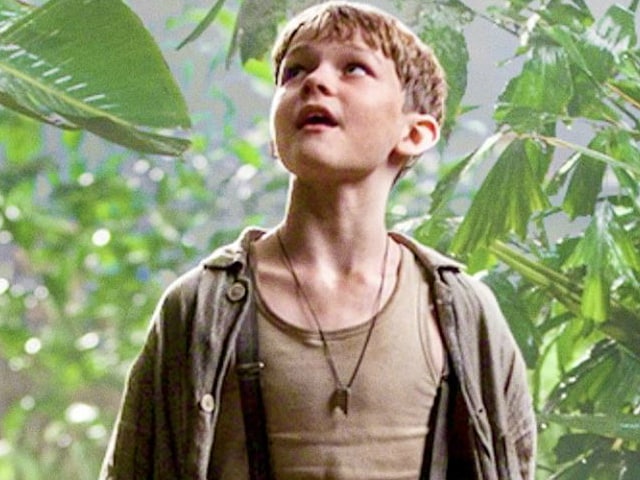 Peter Pan, who flew through the air in a costume, was in many ways a prototype of the modern superhero. He has certainly been a lucrative entertainment franchise for a very long time, with durable merchandising potential, from feathered hats to peanut butter. All of which may help to explain the otherwise baffling existence of Pan, a hectic and labored attempt to supply the boy who never grew up with an origin story.

The film has a decent pedigree. The director is Joe Wright, a tested hand at literary adaptation whose efforts have been both underrated (Anna Karenina) and the opposite (Atonement). Rooney Mara and the spectral emanation of Amanda Seyfried both show up, as does Hugh Jackman, the hardest-working man in movieland, playing Blackbeard, Peter's pirate nemesis. Captain Hook is in the movie, too, but he's a good guy, and hints about his future turn toward villainy - and the loss of his hand - are among the dispiriting signs that a sequel may be in the works.

Meanwhile, there is enough going on in Pan to fill several movies, most of which you've seen and perhaps enjoyed under other titles. There are mermaids and ships to remind you of the Pirates of the Caribbean franchise, and a dreamy landscape populated by virtuous animists that recalls Avatar. Hook, played by Garrett Hedlund, is a Han Solo type with an Indiana Jones hat and an odd Jimmy Stewart way of talking. Peter (Levi Miller) is given a vaguely Potteresque messiah complex, and subjected to a lot of talk about prophecies and chosenness. Blackbeard rules over a dusty hellhole swarming with enslaved children, the kind of place we've seen a hundred times before. That the captives sing a cappella choral renditions of Smells Like Teen Spirit and Blitzkreig Bop does not add much in the way of freshness.

The action sequences are murky and chaotic, taking place in dim light made more so by 3-D glasses. Ships fly through the air. Battles are fought. The mood swings unsteadily from jaunty to weepy to sinister. Unsettling deaths and disturbing revelations are followed by swashbuckling merriment.

In the middle of it all, poor Peter, who starts out in a London orphanage during the Blitz, does his best to reconcile his natural cheekiness with somber themes of loss and longing. The character's pluck and mischief are nearly drowned in a bog of maudlin mommy love, and his vows of vengeance dampen the spirit of fun. The dominant emotion in Pan is the desperation of the filmmakers, who frantically try to pander to a young audience they don't seem to respect, understand or trust.

Pan is rated PG. It's grimmer than you might expect, in every way.