Phillauri Movie Review: Anushka Sharma Gets Into The Spirit Of This Unconventional Entertainer

Phillauri Movie Review: The film is an unconventional Bollywood entertainer that is watchable all the way. It does not rely on star power 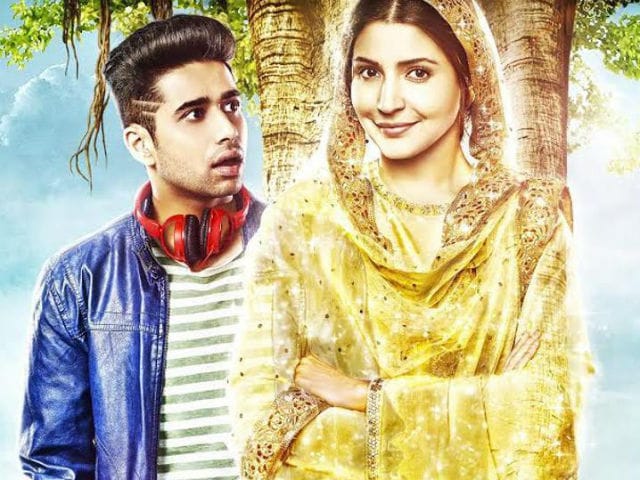 Phillauri Movie Review: Anushka Sharma is a rebel daringly ahead of her times

Phillauri, Anushka Sharma's second home production, is an entire constellation away from the dystopian darkness of NH10. This is despite the earlier film's director (Navdeep Singh) and writer (Sudip Sharma) serving as creative producers on this intriguing, mildly eccentric cinematic project. It not only fuses the past and the present, it also brings the here and now into the same frame as a mythic twilight zone. Miraculously, the leaps do not appear unwarrantedly outlandish. The film revolves around a century-spanning love story that takes into its sweep a budding romance that blossoms in a village off Phillaur, in the era of Gauhar Jaan, the freedom struggle and the Jallianwala Bagh massacre. Scripted by Anvita Dutt and helmed by debutant Anshai Lal, Phillauri is a lively, lighthearted drama enlivened with some fine cinematic touches and elements of fantasy inspired by Tim Burton's 2005 stop motion animated film, Corpse Bride.

The basic plot device that drives Phillauri is derivative all right, but the film, as a whole, alternates between the quirky and the intense steadily enough to keep the macabre atmosphere of the Burton film away. There is no land of the dead in Phillauri. When we do actually see a crowd of ghosts in the somewhat credibility-stretching climax, their spectral presence provides the backdrop for an affirmation of life and a celebration of love.

Phillauri Review: The film is a lively, lighthearted drama enlivened with some fine cinematic touches

In the two-toned narrative, the two time zones are distinctly demarcated by the textures and colour palettes that cinematographer Vishal Sinha employs. When the narrative breaks away from the boisterous, colourful present, the audience is taken back in time to an idyllic hamlet where robust young men sing and dance and dainty young girls furtively seek to break free from their domestic shackles.

The two love stories in Phillauri, separated by precisely 98 years, run parallel to each other. A woman who is literally a ghost from the past serves as a sombre link between a hoary saga of unrequited love and a contemporary tale of young lovers grappling with major confusions and doubts.

The film opens with a young rapper Kanan Gill (Suraj Sharma) returning to Amritsar from Canada to wed his childhood sweetheart Anu (debutante Mehreen Pirzada). His horoscope is believed to be blighted. So, before the actual nuptials can take place, he is enjoined to marry a tree in order to cast away bad luck. He gives in despite strong reservations. And that is where Kanan's troubles take root. After the marriage ceremony, the tree is cut down and a spirit that has lived on its branches for decades is now not only left homeless, but she is also convinced that she is the 26-year-old lad's bride.

The harmless ghost hovers around Kanan and that drive a wedge between him and his would-be bride. The former is completely baffled; the latter is understandably angry and sad. Members of the two families, on their part, have no clue what has hit them. Pandemonium reigns supreme. Their travails are occasionally funny, but the film warms up well and truly only when it intermittently travels back to the past to bring us the tale of the gentle Shashi (Anushka Sharma), a girl lives with her doctor-brother.

Poetry is what keeps Shashi going - it brings her into contact with the village singer Roop Lal (Diljit Dosanjh), who she and her best friend believe is the poet Phillauri whose verses are published in the local journal. This guides the tale towards Gauhar Jaan and her 78 rpm discs (referred to in the film as tawa).

But Gauhar Jaan isn't Roop Lal's only inspiration. One day, he receives a mouthful from Shashi, who berates him for the vacuity of his songs. The chastened man resolves to turn a new leaf and endeavour to live up to her high expectations. The two fall in love but there are obstacles in the way - the lovers do not belong to the same class - and these turn of the 20th century avatars of Mirza and Sahiban aren't destined to unite in matrimony.

Phillauri, amid the tragic turns and comic moments, not only takes playful potshots at the superficiality of modern relationships, the pomp and show of big fat weddings and the absurdity of superstitions, it also showcases two interesting fictional women. Shashi, played with remarkable restraint by Anushka, is a rebel daringly ahead of her times. Anu, on the other hand, is truly and madly in love but she allows her romantic ardour to squash her doubts and misgivings. Mehreen Pirzada does a great job of bringing out the inner turmoil of a girl who expects the world from the man she loves only to realise that the chasm that separates romance and reality might be unbridgeable.


Diljit Dosanjh and Suraj Sharma, playing two men who are necessarily poles apart, embody the spirit of the divergent times they live in. The 1910s aren't obviously the same as the 2010's - the two actors underscore the differing worlds and mindsets without missing a trick. Dosanjh is slow and steady; Suraj Sharma is twitchy and tense. That is exactly how they are meant to be.

Phillauri is an unconventional Bollywood entertainer that is watchable all the way. It does not rely on star power. It draws its strength instead from an off-kilter screenplay that for once might make you want to believe in the existence of ghosts, especially if they happen to be like the one that Anushka Sharma gets into the spirit of.