The special effects are pretty cool 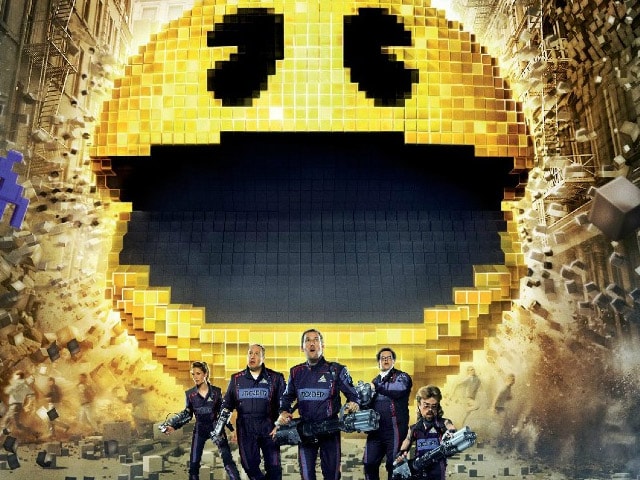 Poor Washington is having a bad summer. The city was destroyed on television Wednesday night in Syfy's Sharknado 3: Oh Hell No! and it takes a beating again in theaters with Friday's release of Pixels, in which it is attacked by giant versions of 1980s video-game characters. Expect some of those many presidential candidates to begin dropping out of the race this weekend.

Pixels is a special-effects eyeful burdened by the fact that it is also yet another film in which Adam Sandler plays a man-child who somehow turns the head of an attractive woman. In this one, his character, Brenner, was an arcade superstar as a child but grew up to be a schlump. His old skills prove useful when extraterrestrials who misunderstood a message sent into space during Ronald Reagan's administration attack Earth with giant Pac-Men, Centipedes and such.

Josh Gad, Kevin James and - if you can't get a Game of Thrones actor these days, don't bother making your movie - Peter Dinklage play his comrades in arms. Michelle Monaghan is a lieutenant colonel who, besides helping to fend off the attack, has to gradually find Brenner appealing.

The special effects are pretty cool, but the film is working nostalgia already thoroughly mined in movies (including the video-game-themed Wreck-It Ralph) and television (The Goldbergs and such). So it's not as original as it wants to be, despite having the able Chris Columbus in the director's chair. When the story shifts to New York for the climactic battle, the unlikely saviors might call to mind the "Ghostbusters" gang - another 1980s reference - and make you wish the film had the wry freshness the original installment of that franchise did.