Qissa is a rare cinematic treat 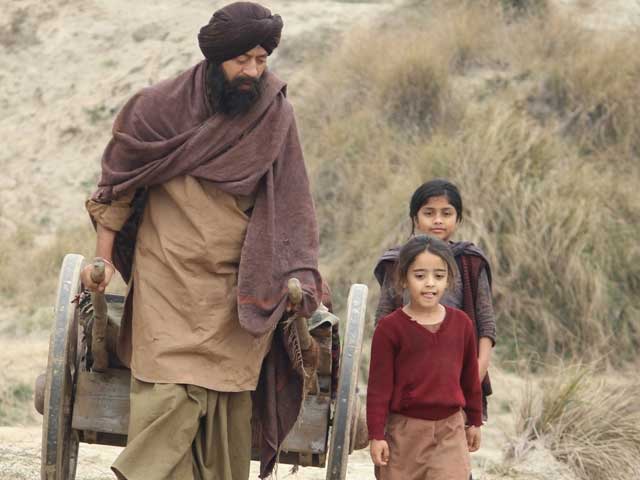 'Unique' and 'distinctive' are two words that repeatedly spring to mind as the contemplative, splendidly well crafted Qissa unfolds on the screen.

It touches upon a clutch of vital themes skillfully dovetailed into its Partition-era drama about a displaced Sikh family caught in a destructive spiral.

Qissa, with Punjabi dialogue and English subtitles, is writer-director Anup Singh?s second film. In the manner of his first ? The Name of a River, a memorable tribute to Ritwik Ghatak ? Qissa is unlike anything that we have seen, or are likely to see, in years.

Singh?s cinematic treatment of a cataclysmic event in the subcontinent?s history that left behind poisoned hearts and wounded souls is both intensely meditative and unsettlingly shocking.

Jointly scripted by Singh and Madhuja Mukherjee, Qissa lays bare the enormous social and psychological corrosion that was caused by the communal violence that uprooted millions of people from their homes in 1947.

It does so via the story of a Partition victim whose acts of anguished desperation singe his own family, especially his wife, his youngest daughter, and an unsuspecting gypsy girl unwittingly drawn into the vortex.

Merging sturdy naturalism with whimsical strokes of surrealism, Singh paints a vast thematic landscape that takes in a wide array of issues ? displacement, memories of loss, patriarchy, gender politics, obsession, delusion and a struggle for redemption amid festering self-inflicted wounds.

It might not be easy for many to penetrate the film?s philosophical core and grasp its shifting tonalities. But the narrative at the heart of Qissa is simple enough for it to be able to reveal most of its layers to an attentive, open-minded viewer.

Qissa literally means ?legend?, and the fabular quality that Singh imparts to his story defines the film. The plot is presented as snatches recalled sometimes in tranquility, at others in a state of frenzy.

The narrator here is the male protagonist himself, Umber Singh (Irrfan Khan), who has fled his village on the Pakistan side of the new border to rebuild his life with his wife Meher (Tisca Chopra) and three daughters.

Umber yearns for a male heir but his wife bears him another daughter. Umber, in an act that sows the seeds of another severe dislocation, decides to treat the newborn as a boy and names her Kanwar.

Kanwar (Tillotama Shome) is raised as a man and is married to a gypsy girl Neeli (Rasika Dugal).

The forced suppression of the girl?s gender identity takes on improbable proportions as she struggles to keep the attributes of womanhood at bay even as a mystified and cruelly shortchanged Neeli seeks ways of connecting with Kanwar.

The unlikely bonding that develops between Kanwar and Neeli becomes a bulwark against Umber?s raging obsession with carrying the family lineage forward come what may.

Umber?s son-fixation is a tragic metaphor for the bitter man?s longing for the land that he can no longer return to. Both desires, one to defy biology, the other to overturn history, border on the ridiculous. But it is beyond Umber to see that.

While Umber is trapped in a muddle that is at least partly of his own making, the three women ? Meher, Kanwar and Neeli ? have to bear the brunt of both the forces of history and the unreasonable ways of an oppressive patriarch.

Qissa draws much of its power from the impressive widescreen sweep rendered to the images by German cinematographer Sebastian Edschmid.

But what towers over all else in Qissa is the subtlety of the performances that Singh extracts from a fine cast led by Irrfan Khan.

Playing a man teetering on the edge of insanity, Khan informs the character with nuanced qualities that make him an object of both dread and empathy.

Tillotama Shome?s role is no less intricate, and making her cross-gender playacting convincing demands the utmost concentration. She brings Kanwar to life without missing a trick.

Rasika Dugal, as Neeli, is outstanding. She is strikingly restrained yet eloquently expressive.

In a world in the grip of growing religious intolerance and rampant sectarian violence, and in a country that still has to constantly remind itself of the need to save its daughters, Qissa has unmistakable resonance.

But the film is provocative poetry, and not preachy polemic, which makes it a true work of art.

Qissa is that rare cinematic treat that no genuine film lover should deprive himself/herself of.