Raja Natwarlal can barely hold itself together, let alone keep the audience in its grip 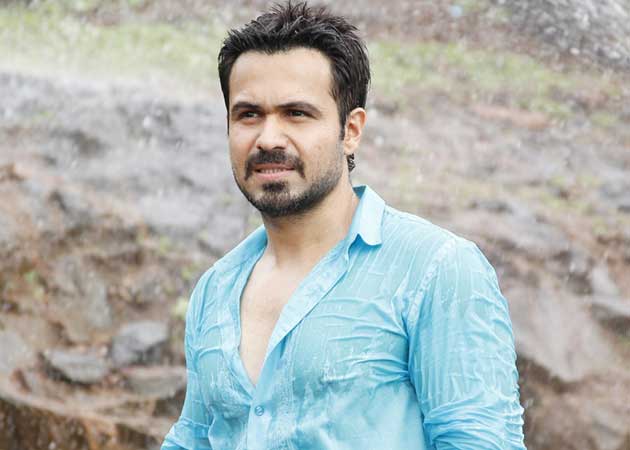 An overreaching conman bites off more than he can chew, digs a mammoth hole for himself in the bargain, and then is forced to spend an excessive amount of time looking for ways out of the mess. That, in a nutshell, is the storyline of Raja Natwarlal.

Sounds utterly hackneyed? It certainly does, yet it might have yielded a passably entertaining film if only the screenplay wasn?t so overly harebrained.

This laboured, lumbering Bollywood tribute to a fictional ?naye India ka naya Natwarlal?, scripted by Parveez Shaikh and directed by Kunal Deshmukh, does not quite make the grade as the smart crime caper that it so desperately wants to be.

The narrative is clunky and sluggish. It can barely hold itself together, let alone keep the audience in its grip for nearly two and a half hours.

The titular male character fakes everything from the white ball used in the 2011 ICC World Cup final to an auction of an IPL-style cricket team to his own death in order to get the better of his adversaries.

The crazy games that he plays and the outright fakery that?s on show rubs off on the film as a whole. Raja Natwarlal is none of what it promises to be.

When nothing that unravels on the screen appears to be happening in earnest, a film can only slip into the trap of being too clever by half.

Raja Natwarlal does just that. It sinks quickly into a muddled plot that proves to a bottomless pit.

In one scene, the cold-blooded baddie clobbers a bald man with the very cricket bat that the latter seeks to pass off as the willow that Don Bradman played with in an Ashes Test in the 1930s.

Raja Natwarlal is the kind of film in which even a harmless old cricket bat is used for a bloody purpose that isn?t permissible if one went strictly by the rule books.

The film resembles a magician?s sleight of hand that has pretensions to intelligence and insight but is in reality a completely dumb act that is only unintentionally funny.

What Raja Natwarlal lacks is authentic humour and genuine sparks of inspiration. As a result, despite the consistently retrained acting all around, it fails to be anything more than desultory.

The protagonist, Raja (Emraan Hashmi), is a small-time crook with a heart of gold who, in the company of friend and benefactor Raghav (Deepak Tijori), swindles the gullible to fund his little escapades.

But the poor guy does not make enough dough to be able to rescue his girlfriend Ziya (Pakistani model and actress Humaima Malick in her first Mumbai film) from the bar where she dances every night before drunk, leering, money-waving men.

So Raja decides to do something about pulling off a con job that can alter his life for good. He robs a couple of gangsters of a briefcase containing a fat sum of money.

That act of bravado changes his life all right but not quite in the way he anticipates.

It sets off a chain of events that puts him in the line of fire of wealthy Cape Town-based outlaw Vardha Yadav (Kay Kay Menon).

Painted into a corner, Raja turns to Yogi (Paresh Rawal), a wise old man who has turned his back on a life of crime and gone into hiding in Dharamshala.

The duo put together a team that sets out to give Vardha Yadav a run for his money, playing on his obsession with India?s national pastime.

If seen in isolation, parts of Raja Natwarlal are watchable owing to the presence in the cast of Paresh Rawal and Kay Kay Menon, both of whom are proven quantities and past masters at making the best of a bad deal.

Emraan Hashmi is no pushover either. Even in the most unconvincing of scenes, he manages to hold on to his composure, demonstrating why he is one of Bollywood?s most effective (and underrated) actors.

Humaima Malick, who gets to sway to two dance numbers within the first 30 minutes of the film, besides being part of several other musical set pieces, has just enough to do not to be swamped out by the men.

But for all the efforts put in by the cast, two stars are all that Raja Natwarlal will get. But even these might well be fake, given that the film has such unwavering love for the phony.